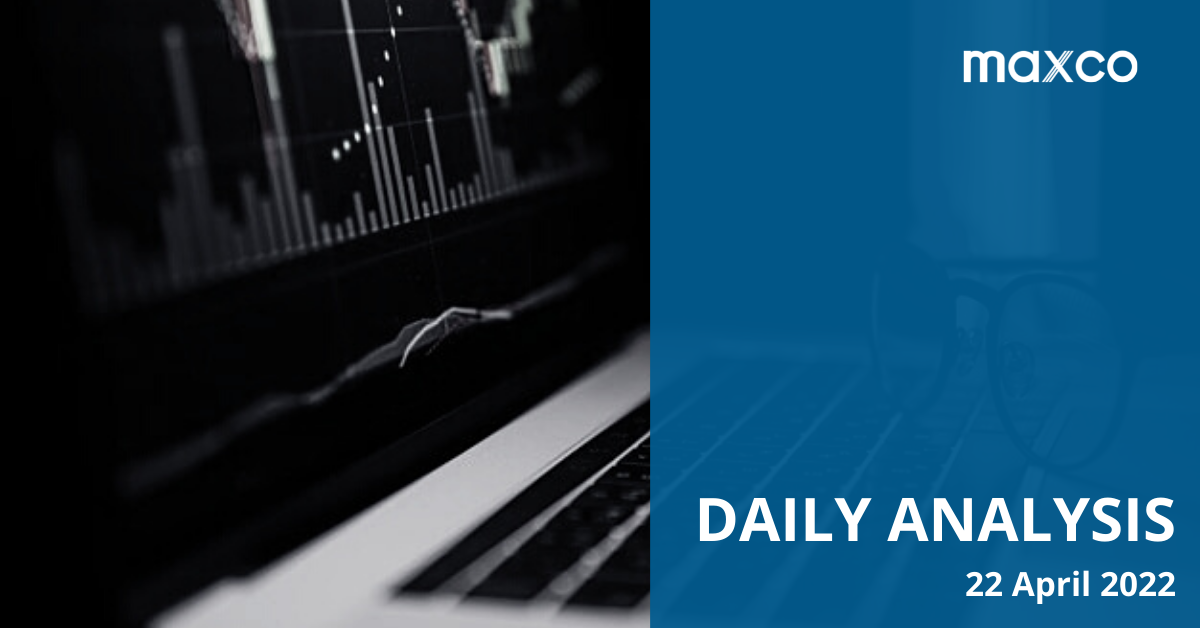 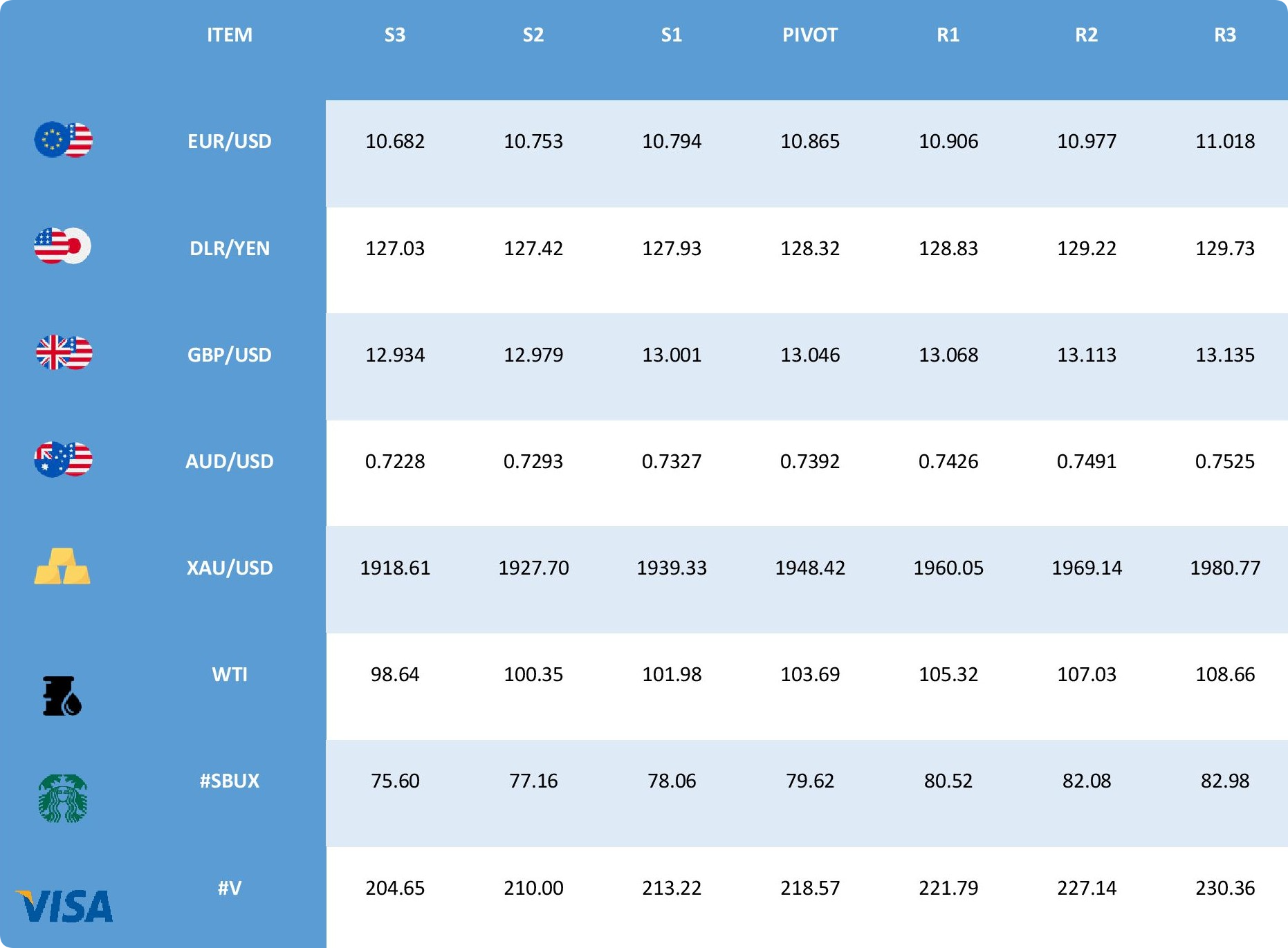 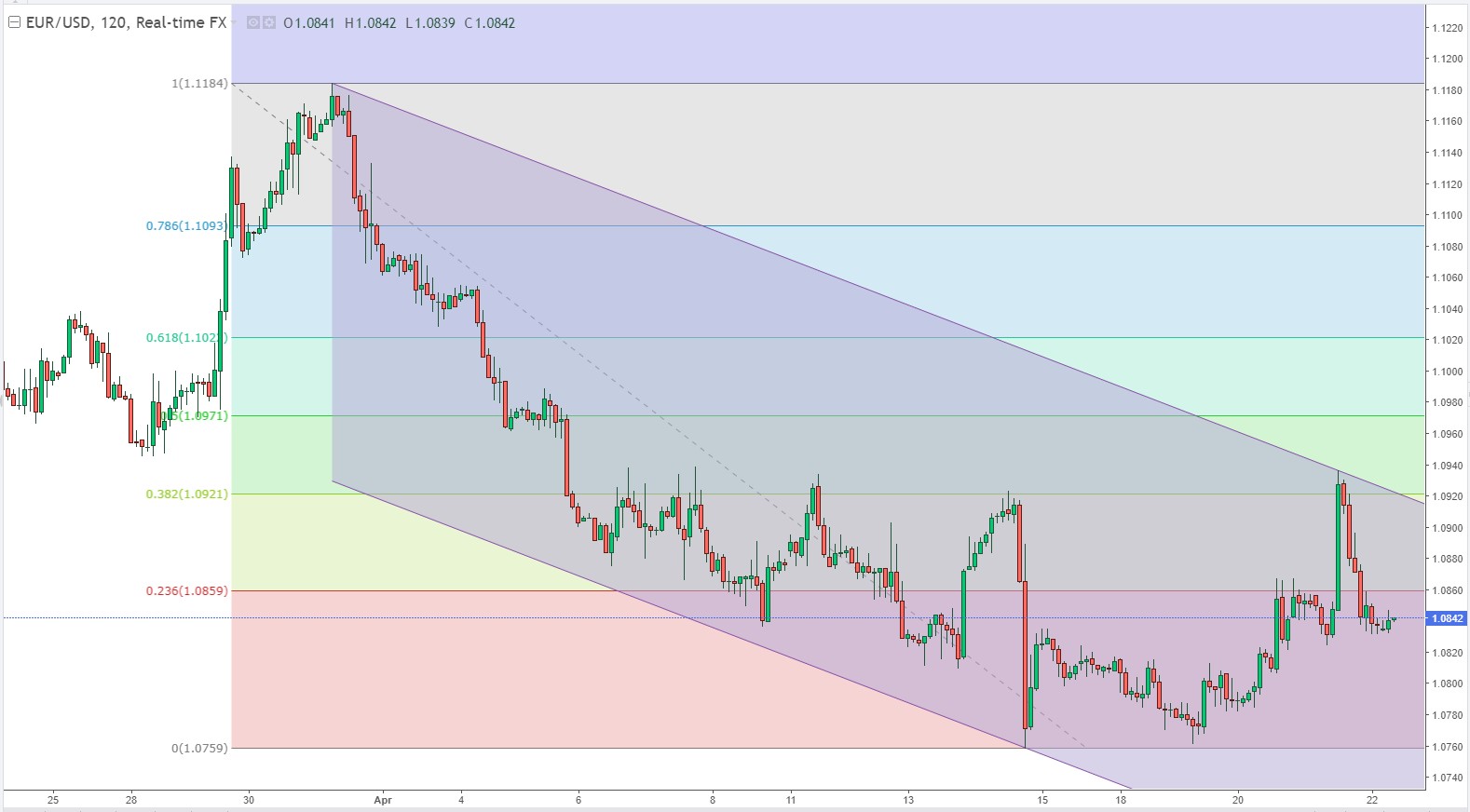 Movements in yield spreads as a function of rhetoric from central bankers dictated the price action for EUR/USD on Thursday. Comments from the usually dovish leaning ECB Vice President Luis de Guindos earlier in the European morning regarding the possibility of lift-off in July sparked a rally in Eurozone yields that lifted EUR/USD has high as the 1.0930s. However, since the start of US trade, US yields have gained upside momentum amid hawkish Fed chatter (2s +13 bps to above 2.70% and 10s +11 bps to the mid-2.90s%), triggering a reversal back below 1.0850. The USD/JPY pair maintained its bid tone through the early European session and held steady above the 128.00 mark, still down around 50 pips from the daily swing low. A generally positive tone around equity markets undermined the safe-haven Japanese yen, which was further weighed down by the Bank of Japan's intervention to check the rise in Japanese 10-year yields. Bullish traders further took cues from a goodish rebound in the US Treasury bond yields, bolstered by hawkish Fed expectations. That said, speculation that officials would respond to the yen's recent slump capped the upside for the USD/JPY pair amid a softer tone surrounding the US dollar. The British pound fell short of testing the 1.3100 mark, which left it vulnerable to selling pressure; consequently, the GBP/USD prices declined to the daily low at 1.3022. At the time of writing, the GBP/USD is trading at 1.3043, down some 0.18%. European and US equities are trading with gains, while US Treasury yields rise. The greenback remains underpinned by the latter, as shown by the US Dollar Index, up some 0.22%, sitting at 100.571. Fed Chief Jerome Powell said that moving a little quicker is appropriate, and a 50bps hike will be on the table for the May meeting. 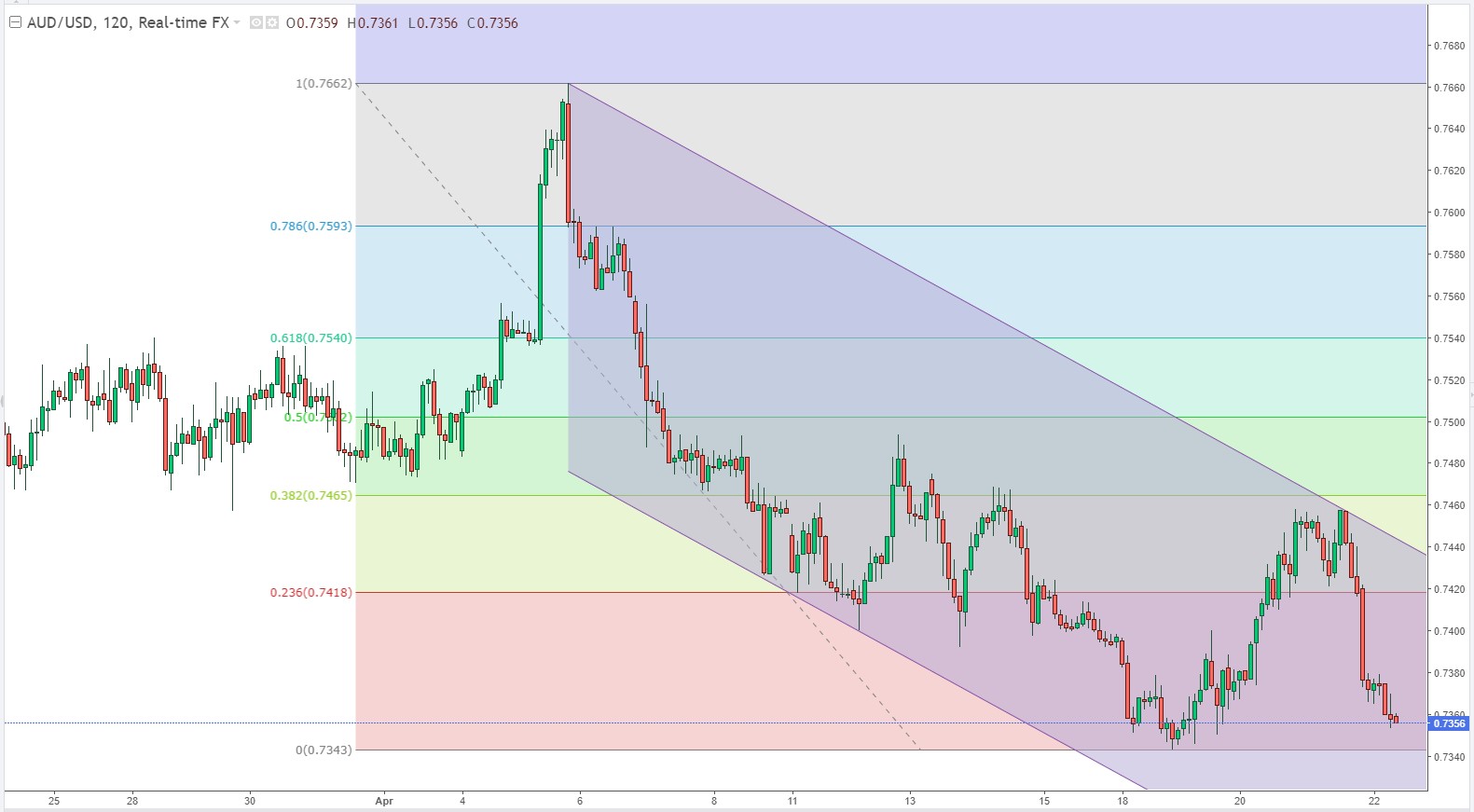 The Australian dollar reversed its Wednesday’s gains and could not hold above 0.7400, recording an 80-pip loss amid a session dominated by central bank speakers, led by Fed Chair Jerome Powell, who reiterated that a 50-bps increase for the May meeting is on the table. At the time of writing, the AUD/USD is trading at 0.7376. Meanwhile, US Treasury yields continue shooting higher, with the 10-year benchmark note sitting at 2.953%, up to six basis points, while the greenback staged a comeback, gaining 0.22%, sitting at 100.610.

Gold slipped 1% to a two-week low on Thursday, pressured by elevated U.S. Treasury yields and firmer risk appetite, with investors expecting aggressive policy tightening by the Federal Reserve. Spot gold was down 0.6% at $1.946.73 per ounce by 1:44 p.m. ET, after hitting its lowest level since April 8. U.S. gold futures settled down 0.4% at $1.948.20. San Francisco Fed President Mary Daly on Wednesday said she believes the case for a half-percentage-point rate hike next month is “complete” and “solid,” with the Fed’s rate hike path this year broadly seen as appropriate in the face of high inflation. 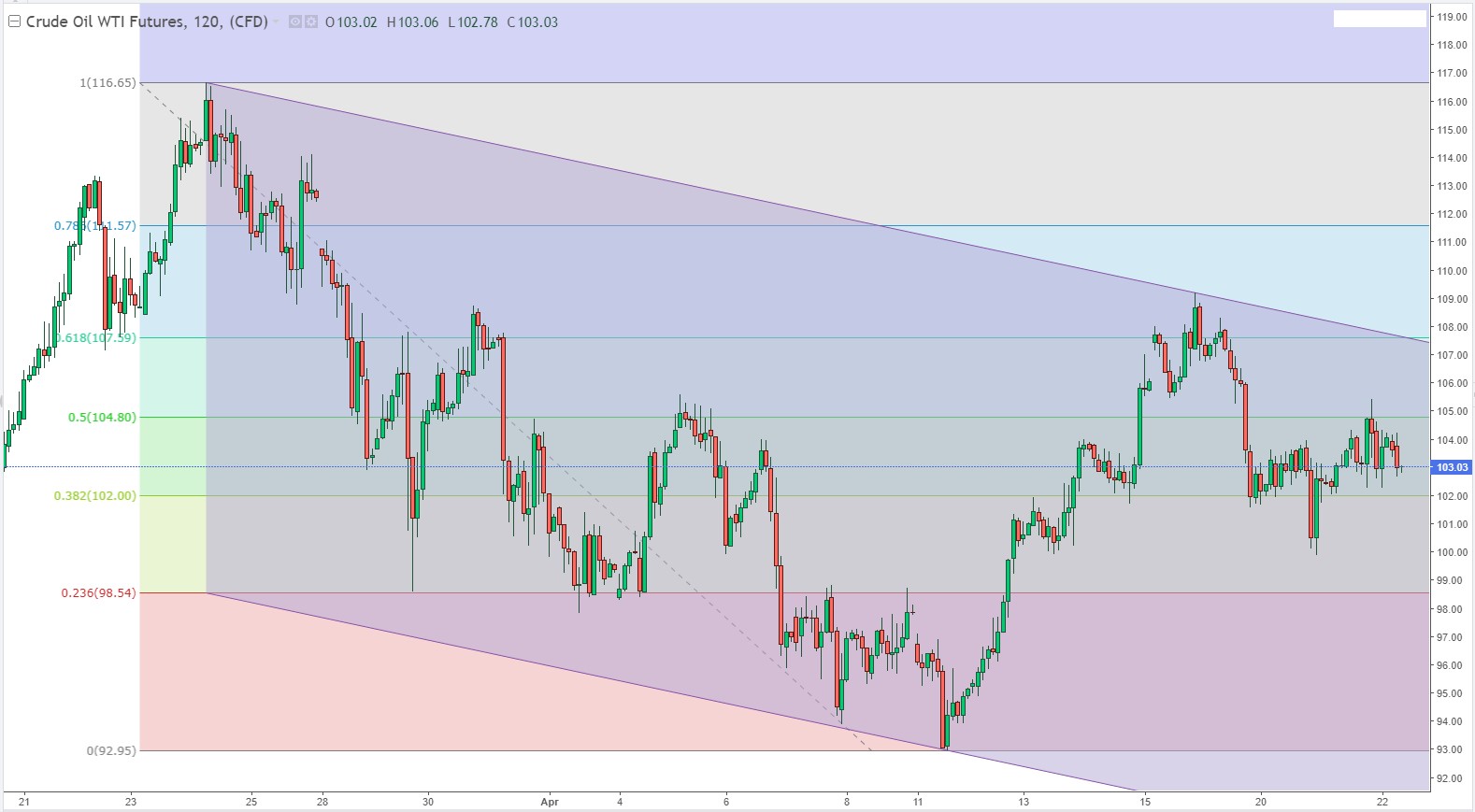 Oil prices traded higher but in a narrow range on Thursday, after being rocked earlier in the week by supply losses from Libya and a worrying outlook for demand as the International Monetary Fund cut its global growth forecasts. U.S. West Texas Intermediate (WTI) crude futures gained 1.57% to settle at $103.79 a barrel. Brent crude was last up $1.64, or nearly 1.5%, to $108.44 a barrel, recouping losses from the previous session. Market volatility is likely to pick up again soon, with the European Union still weighing a ban on Russian oil for its invasion of Ukraine, which Moscow calls a “special military operation”. 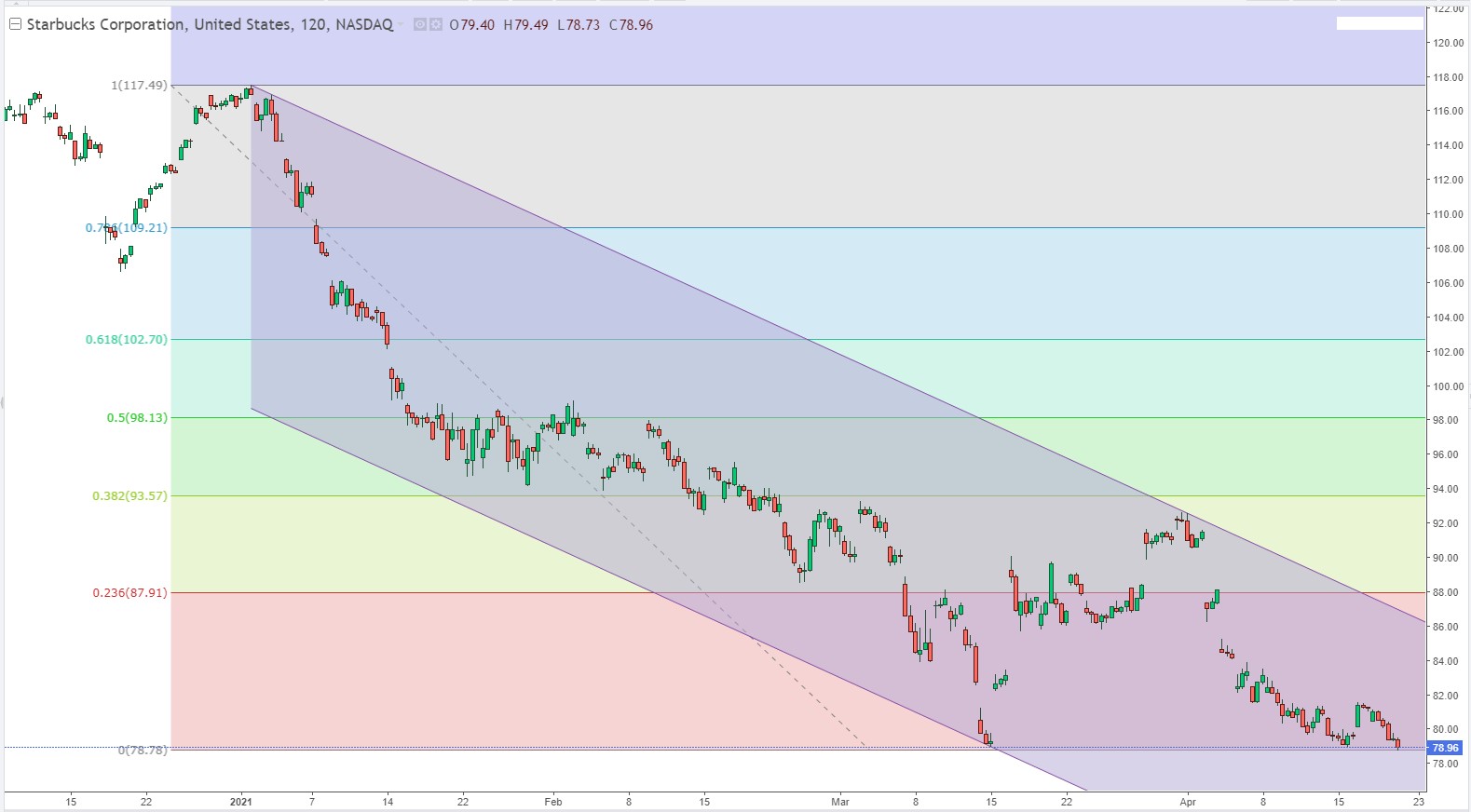 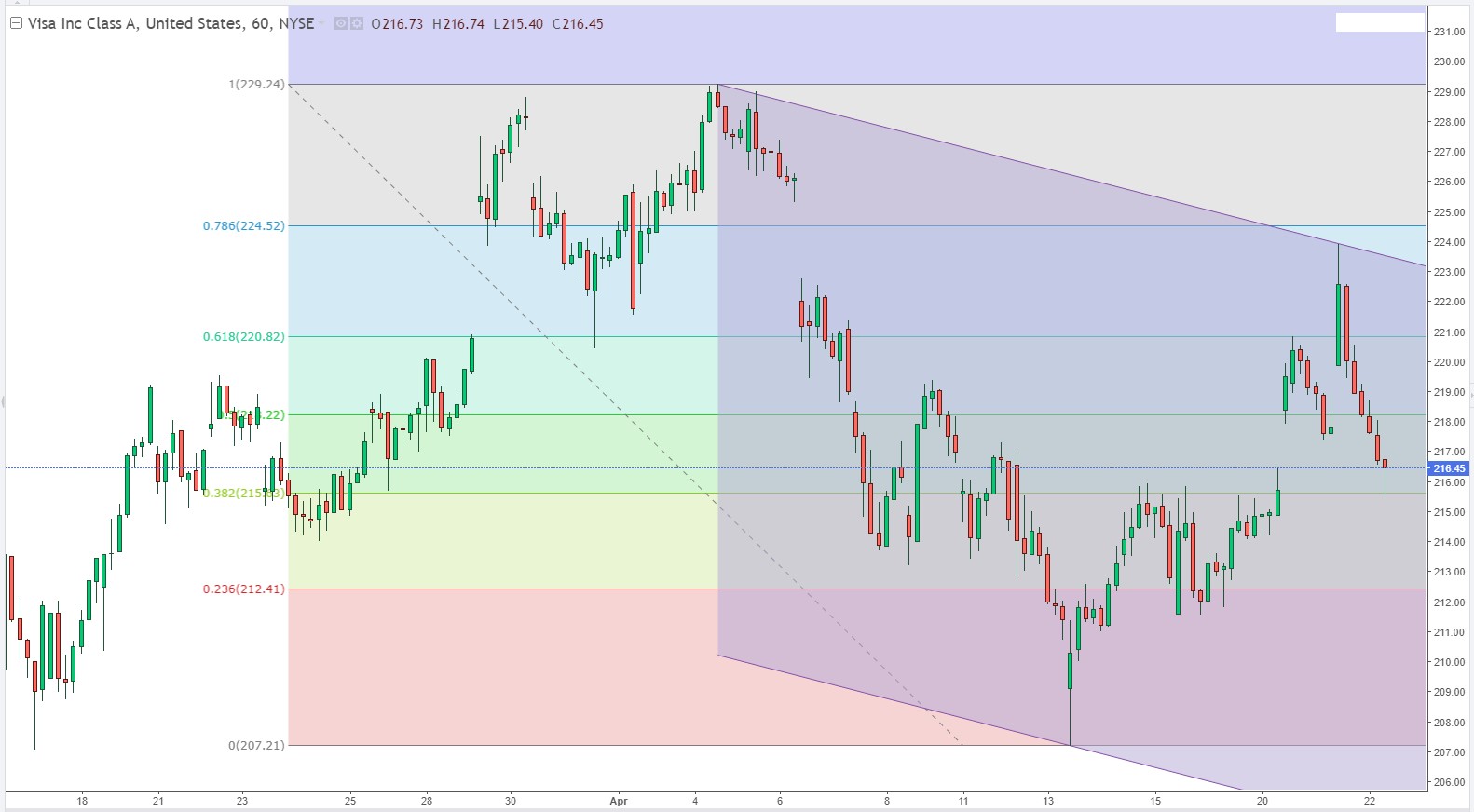 Visa (V) is expected to deliver a year-over-year increase in earnings on higher revenues when it reports results for the quarter ended March 2022. This global payments processor is expected to post quarterly earnings of $1.65 per share in its upcoming report, which represents a year-over-year change of +19.6%. Revenues are expected to be $6.86 billion, up 19.7% from the year-ago quarter. The consensus EPS estimate for the quarter has been revised 1.51% lower over the last 30 days to the current level. V stock lower 1.34 (-0.62%) closed at 216.45 on Thursday.