EUR/USD is back to being in the green in midday New York trade after being underwater at the start of the session when it was near to the lows of the day, 1.0944. The pair has perked up following a weakening in the US dollar and has climbed to a session high of 1.0999. EUR/USD has caught a bid following mixed data and softer US yields that started to decline in the European session with the 2-year yields sliding from 2.414% to a low of 2.292% by very early North American trade.

Meanwhile, markets will be on alert for developments in the main driver as being developments in the Russian invasion of Ukraine over the past month, this has taken centre stage with geopolitical uncertainty reaching new heights. Consequently, higher commodity prices and rising global recession risk have been clear negatives for most G10 currencies namely the broad EUR. The currency has fallen around 6% since the middle of February and 2022 highs near to 1.15 the figure. 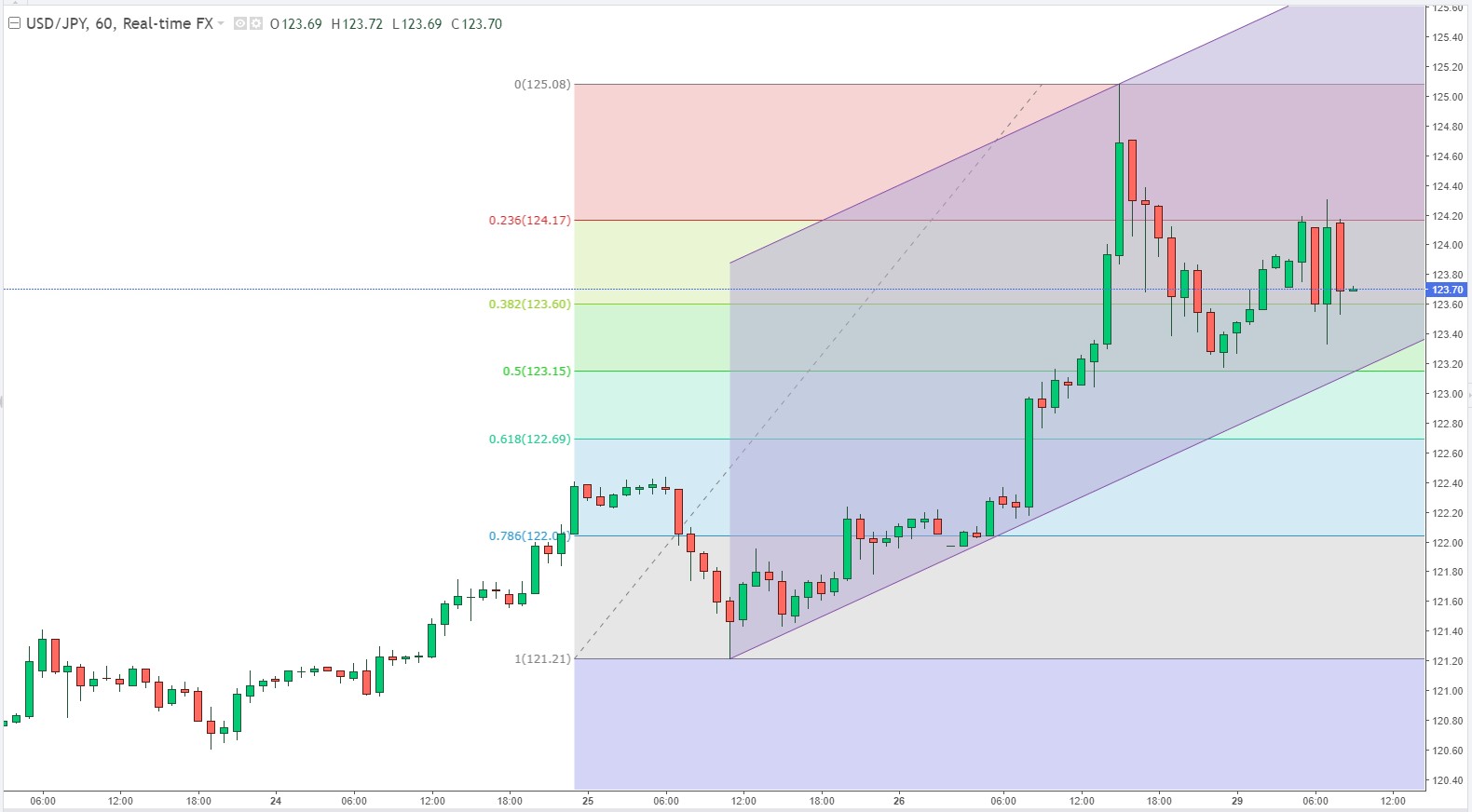 The USD/JPY pair has finally witnessed a barricade at 125.10 amid an ongoing unlimited bond-buying program from the Bank of Japan (BOJ) for the first four days this week, which will help them to defend their yield cap. The BOJ bought the 10-year benchmark Japanese Government Bonds (JGB) on Monday and is intended to continue buying them till Thursday to keep interest rates from getting elevation bets.

It is worth noting that the major has been rallying sharply in March and has added 8.70% this month. Failing to elevate interest rates by the BOJ amid capped inflation numbers has brought a wide divergence in the interest rate cycle of the BOJ and other central banks.

GBP/USD has started the new week on the back foot and dropped to a fresh six-day low of 1.3130. The broad-based dollar strength is weighing on the pair as investors await the Bank of England (BOE) Governor Andrew Bailey's speech.  Last week, comments from US Federal Reserve policymakers revived expectations for a 50 basis points rate hike in May.

Reflecting this sentiment, the benchmark 10-year US Treasury bond yield climbed to its highest level since May 2019 above 2.5% early Monday. According to the CME Group FedWatch Tool, markets are pricing in a nearly 70% probability of a double dose rate hike at the next FOMC meeting. Boosted by rising US T-bond yields, the US Dollar Index continues to push higher toward the multi-year top it set at 99.40 earlier in the month. The Australian dollar slumps from YTD highs around 0.7540 as market sentiment fluctuates courtesy of Russia – Ukraine’s woes, China’s Covid-19 outbreak, and higher inflation prompted global central banks to tighten monetary policy conditions. At the time of writing, the AUD/USD is trading at 0.7492.

Risk appetite continues to be influenced by geopolitical jitters and the weekend Covid-19 outbreak in China, which affected Shanghai, one of the largest cities, weighed on market sentiment. Meanwhile, Russia – Ukraine woes keep grabbing the headlines. Late in the North American session, sources linked to the Financial Times expressed that Russia is prepared to let Kyiv join the EU if it remains military non-aligned as part of ongoing ceasefire negotiations. Oil declined more than 8% at the lows of the day on Monday as concerns over new lockdowns in China and the potential impact on demand sent prices tumbling. West Texas Intermediate crude futures, the U.S. oil benchmark, slipped 8.25% to trade at $104.50 per barrel. International benchmark Brent crude traded 7.4% lower at $111.61 per barrel.

However, both contracts recovered some losses during afternoon trading on Wall Street. WTI ended the day at $105.96 for a loss of about 7%. Brent settled 6.77% lower at $112.48 per barrel. China is the world’s largest oil importer, so any slowdown in demand will weigh on prices. The nation uses around 15 million barrels per day, and imported 10.3 million barrels per day in 2021, according to Andy Lipow, president of Lipow Oil Associates.

Amazon.com Inc. shares rallied on Monday, with the e-commerce giant becoming the first of megacap tech stocks to erase losses for the year. Shares rose 2.6% to $3.379.81, closing at their highest since Jan. 3. They are now up 1.4% on the year, after having dropped more than 18% earlier this month.

Amazon has reclaimed its longstanding title as a market leader after being a laggard in 2021. In early February, it reported fourth-quarter results that were much stronger than expected, easing concerns about its post-pandemic growth prospects and sparking the biggest single-day gain by a U.S. stock in market history. A month later, it announced a 20-for-1 stock split, spurring additional gains as Wall Street bet the move could lead to higher interest from retail investors. Apple AAPL created history at the 94th Academy Awards by winning its first-ever Oscar for CODA. Apple TV+’s CODA is the first streaming movie with a predominant deaf casting lineup to win the best picture award.
The iPhone maker’s bet that a movie dealing with a hearing daughter in a deaf family was unique and could be an Oscar contender has paid off. Apple paid a record $25 million to win distribution rights for the movie. Apple released the movie in a limited number of theatres for a limited period of time before streaming it on Apple TV+. AAPL stock higher 0.88 (+0.50%) closed at 175.60 on Monday.