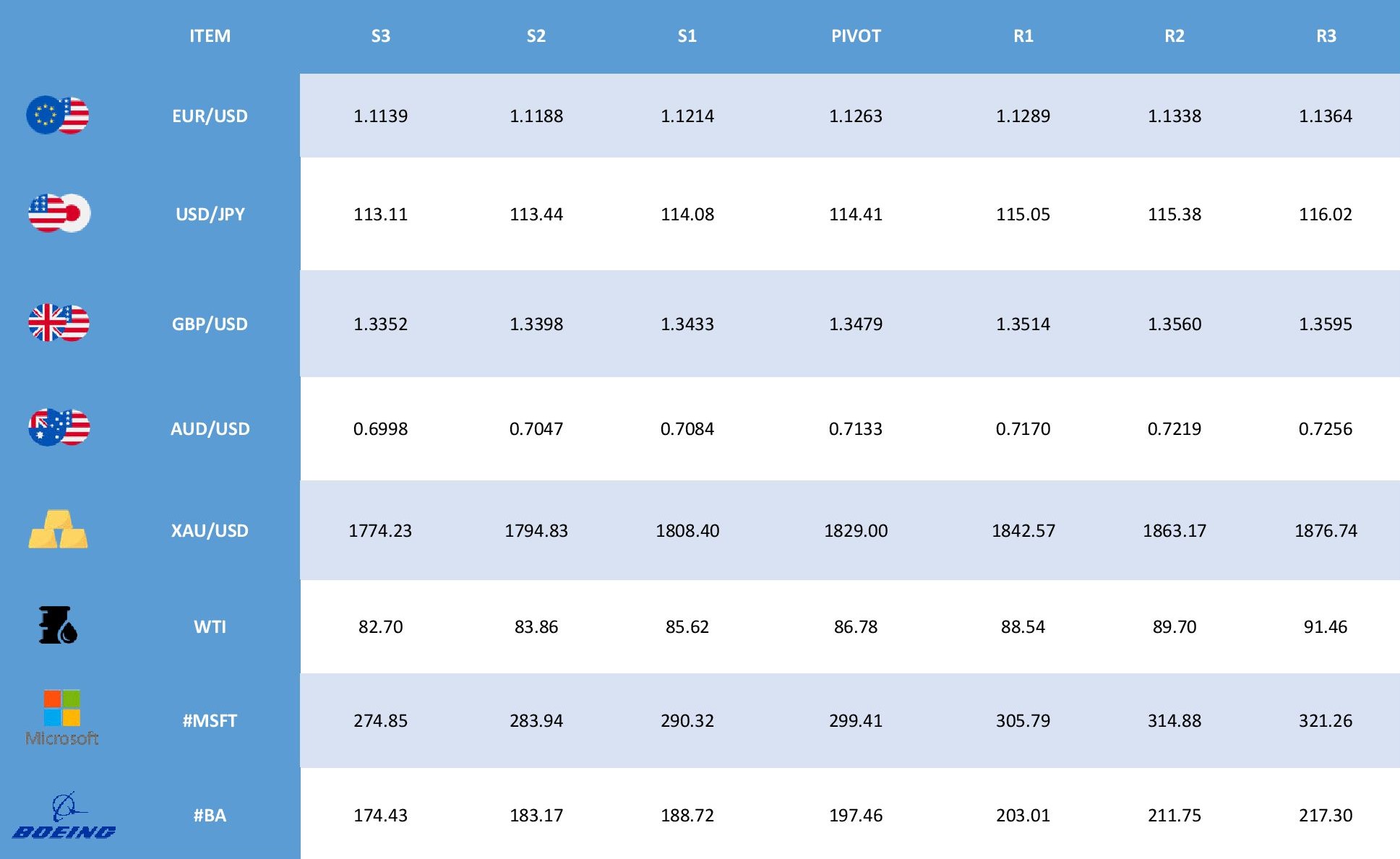 EUR/USD extended its daily slide during FOMC Chairman Powell's press conference and fell to its lowest level in more than a month below 1.1250. Reflecting the renewed dollar strength, the US Dollar Index is up more than 0.5% on a daily basis at 96.50. The Federal Open Market Committee's two-day meeting has concluded on Wednesday and the statement has been released along with the Fed's interest rate decision.

Markets were expecting the Fed to give guidance on asset purchases that were expected to conclude in March. However, traders were looking for hints around the starting point for QT or "sooner" and "faster" on hikes. As expected, the benchmark interest rate was unchanged; The Target Range stands at 0.00% - 0.25%. On Wednesday, in the Fed’s first monetary policy meeting, the US central bank maintained rates unchanged at 0 to 0.25%, while on its forward guidance, signaled that it will start hiking rates “soon,” which spurred a spike on the USD/JPY towards 114.48. At press time, the USD/JPY is trading at 114.27 at 19:22 GMT. The USD/JPY spiked towards 114.48; meanwhile, the US 10-year Treasury yield shoots through 1.8029%.

As mentioned the last year, the Fed increased the pace of the bond taper and would end the Quantitative Easing (QE) by early March.  The Fed said that “supply and demand imbalances related to the pandemic and its reopening” contributed to elevated inflation levels. GBP/USD lost its traction and fell into the negative territory below 1.3500. The greenback seems to be capitalizing on FOMC Chairman Jerome Powell's hawkish remarks, causing the pair to continue to edge lower. Trading at 1.3455, GBP/USD is down 0.35% on the day so far, falling in a move that followed a hawkish twist in today's Federal Reserve event. Cable has broken 1.3490 support and has plummetted to a low of 1.3444.

Despite a relatively dovish statement, as per the most hawkish of market expectations, the US dollar and yields have soared on the back of a pivot during the Federal Reserve's chairman's press conference. Jerome Powell stated in the post-Federal Open Market Committee statement presser that the central bank could move faster and sooner than they did the last time which has promoted both the US dollar. The AUD/USD pair braces for the second consecutive weekly fall, despite bouncing off 0.7100, as Fed played by rules to match upbeat market expectations.. That said, the risk barometer pair dropped the most in a week by the end of Wednesday as Fed backed faster rate hikes and monetary policy normalization.

However, the quote took a U-turn from 0.7095 to recall 0.7120 level on early Thursday morning in Asia. Fed Chairman Jerome Powell also spoke in sync with the hawkish signals from the US central bank while saying, “There’s plenty of room to raise rates.” Though, his comments like, “The rate-hike path would depend on incoming data and noted that it is ‘impossible’ to predict,” seemed to have underpinned the AUD/USD rebound from 0.7095. At $1.817.59, (XAU/USD) is moving towards the close and down some 1.65% after falling from a $1.850.11 high to test a low of $1.814.98. The drop came on the back of a hawkish twist at the Federal Reserve event on Wednesday. Initially, the Federal Open Market Committee Statement offered little in the way of surprising truths with regards to The Fed's path of the balance sheet runoff and rate increases and markets responded in kind with little enthusiasm. However,  kicked in just ahead of The Fed's chair presser.

Jerome Powell surprised markets with a hawkish pivot, commenting that The Fed could raise rates at every meeting if need be. Additionally, Powell said in the presser that the Fed could move faster and sooner than they did the last time which helped the US dollar to extend on pre presser gains as US 2-year yields jumped the biggest one day gain since 2020. Front-month WTI futures hit fresh highs for the week above the $87.00 level. WTI is now nearly $4.50 or over 5.0% higher versus Monday’s lows near $82.00 per barrel and earlier in the session when prices surpassed the $87.00. “Anxiety over potential supply disruptions in the Middle East and Russia is providing bullish fodder for the  market” said an analyst. “The market downside is limited due to heightened tensions between Russia and Ukraine and the threat to infrastructure in the UAE,” said another. To give context, tensions in Eastern Europe have escalated this week as Russia continues to amass troops near the Ukrainian border and as NATO has moved to beef up its Eastern European military presence. 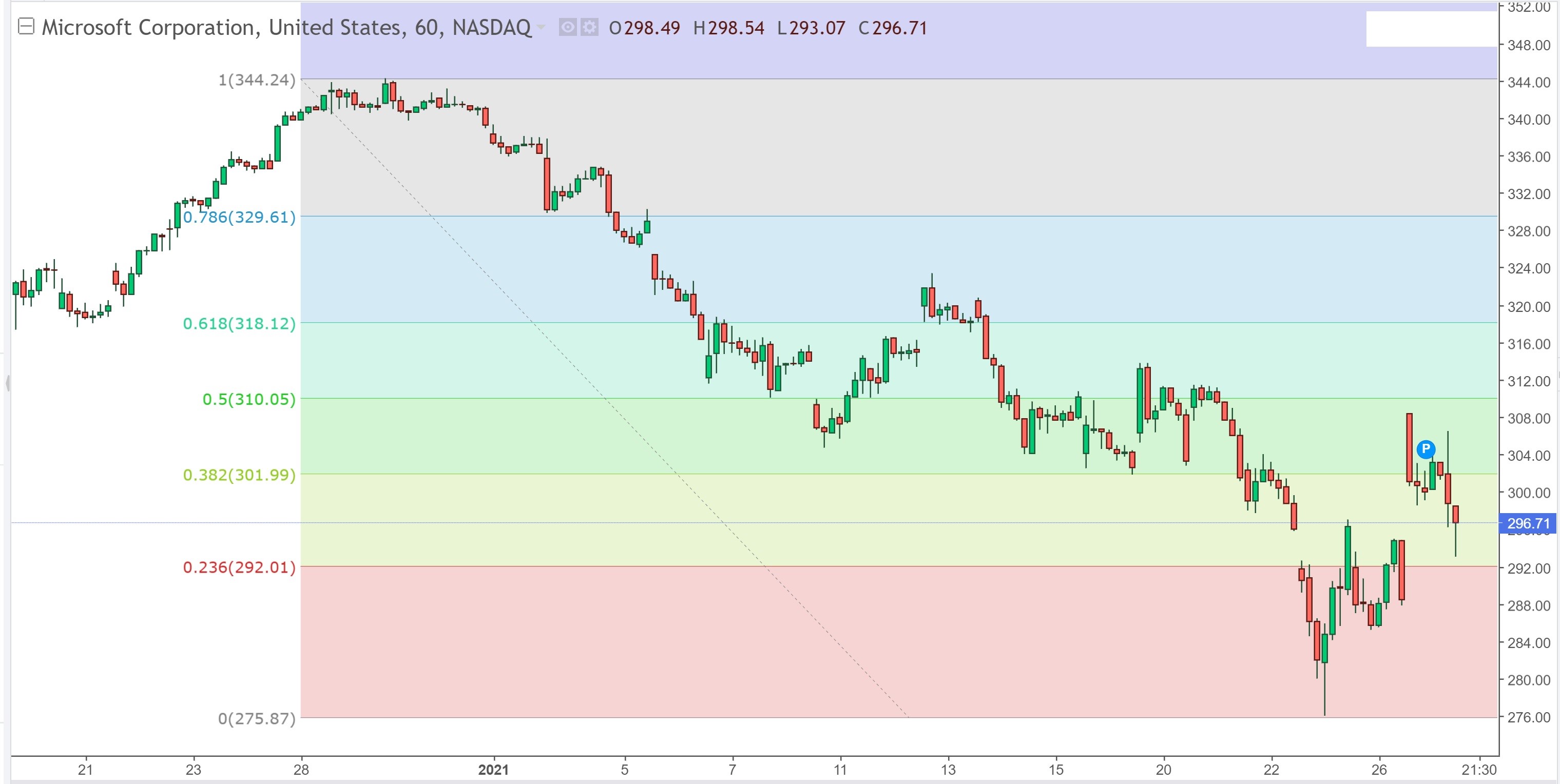 Microsoft (MSFT) came out with quarterly earnings of $2.48 per share, beating the Zacks Consensus Estimate of $2.29 per share. This compares to earnings of $2.03 per share a year ago. This quarterly report represents an earnings surprise of 8.30%. Over the last four quarters, the company has surpassed consensus EPS estimates four times. Microsoft , which belongs to the Zacks Computer - Software industry, posted revenues of $51.73 billion for the quarter ended December 2021, surpassing the Zacks Consensus Estimate by 2.79%. The company has topped consensus revenue estimates four times over the last four quarters. MSFT stock rebound 8.22 (+2.85%), closed at 296.71 on Wednesday.