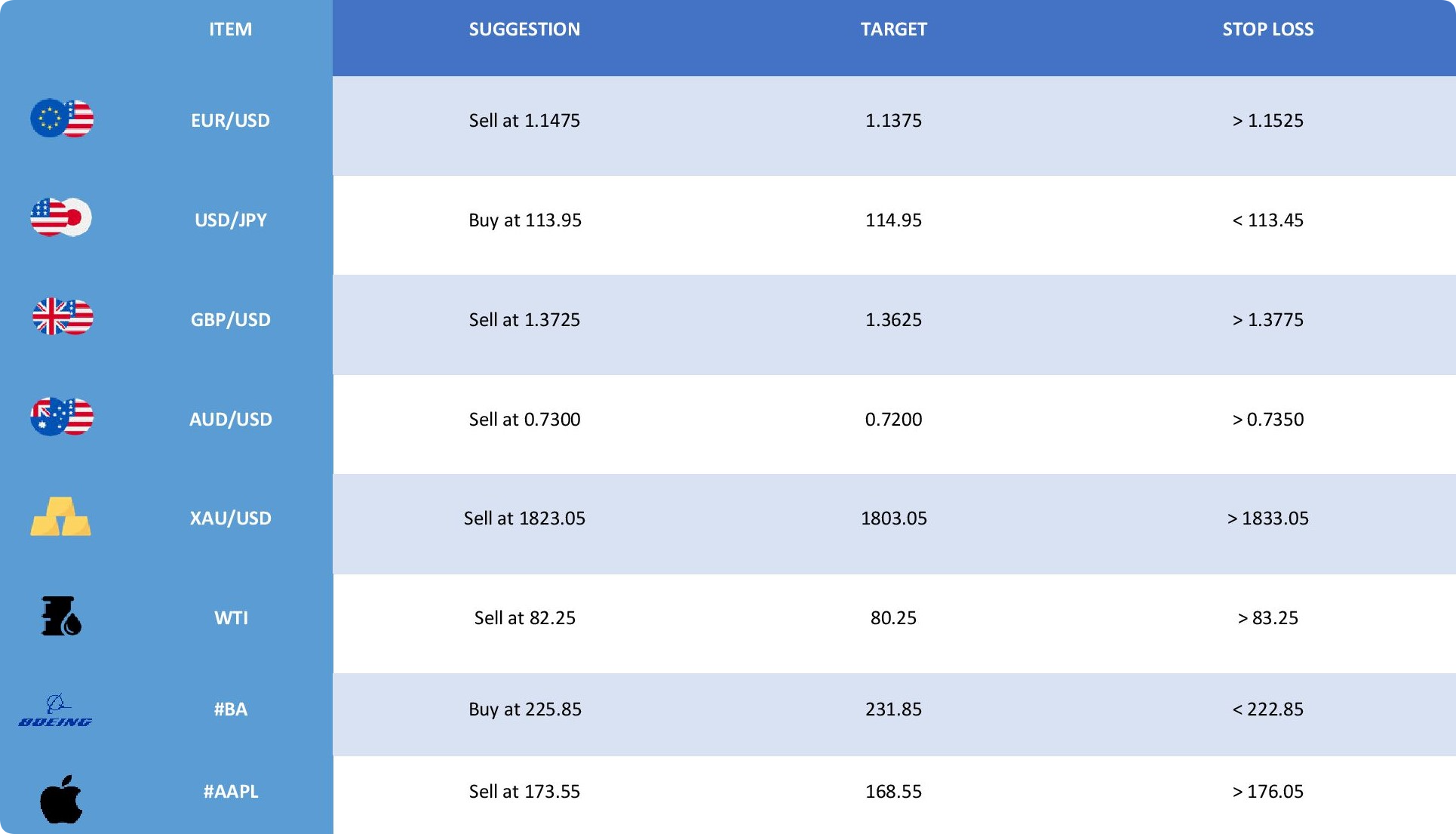 After EUR/USD buying hit overdrive on Wednesday as the pair shot back above the 1.1400 level, the pace of gains has been more measured on Thursday. While the pair continues to trade with modest gains of about 0.1% on the day just above 1.1450, it has backed off from earlier highs in the 1.1480 area. But EUR/USD is still up about 0.8% on the week.

Dollar weakness this week has come despite The Fed Chair Jerome Powell on endorsing the outlook for multiple rate hikes and likely quantitative tightening in 2022. It has come despite Consumer Price Inflation data on Wednesday showing price pressures at a fresh multi-decade high at 7.0% YoY and Producer Price Inflation data on Thursday hitting a new series high at 9.7% YoY. 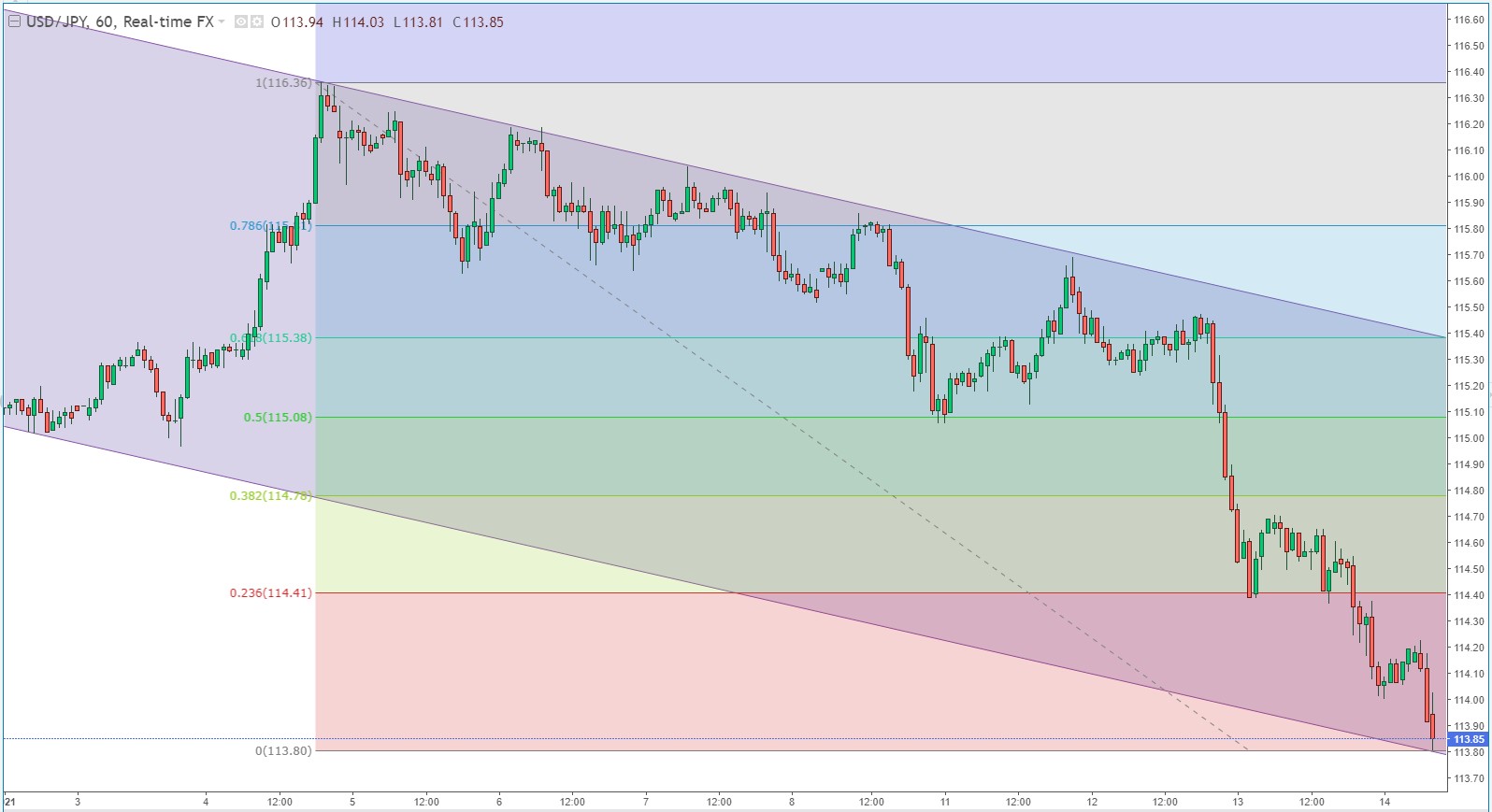 USD/JPY is on the verge of breaking below 114 the figure at the time of writing after falling from a high of 114.70 today. The US dollar is being kicked down along with US yields as markets think twice about a faster pace of tapering by the Federal Reserve and wonder if they have priced the Fed too hawkishly.

Both the Federal Reserve chair, Jerome Powell, and Philly Fed President Patrick Harker, while alarmed by inflation and suggesting that rates could be lifted as soon as March have both said the Fed can be patient with regards to the balance sheet run-off. In other words, they have been less hawkish than some other officials and what the market is pricing for.

GBP/USD has gone into a consolidation phase after rising to its highest level since late October at 1.3750 and was last seen posting small daily gains above 1.3700. The PPI and weekly Initial Jobless Claims data from the US failed to trigger a big market reaction. Additionally, the Relative Strength Index (RSI) indicator on the daily chart is holding near 80, confirming the view that the pair might be poised for a technical correction.

GBP/USD has preserved its bullish momentum following Wednesday's rally and touched its highest level since late October near 1.3750. FOMC Chairman Jerome Powell's cautious remarks about reducing the balance sheet soon after the first rate hike hurt the dollar earlier in the week. Wednesday's inflation report, which revealed that the annual Consumer Price Index (CPI) climbed to 7% in December as expected, made it difficult for the currency to shake off the bearish pressure. The Australian dollar advances as the New York session ends approaches up some 0.08%, courtesy of the continuing US dollar sell-off spurred by hot US consumer inflation. At the time of writing, the AUD/USD exchanges hands at 0.7290. The market sentiment is downbeat, as portrayed by global equities falling. In the FX market, risk-sensitive currencies. Retreats some, but broad US dollar weakness capped the AUD fall.

Putting the Fed aside, the Reserve Bank of Australia (RBA) keeps its dovish stance in place. Additionally, as noted in the RBA’s last monetary policy minutes, the Australian central bank said it would maintain highly supportive monetary policy conditions, and the board would be patient. The RBA noted that inflation increased but remained low, compared with other economies, like the US and the UK. The price of the US dollar has been undermined by some less hawkish comments of late, including both the Federal Reserve chair, Jerome Powell, and Philly Fed President Patrick Harker. On Thursday, Harker said he sees the Fed starting to shrink its balance sheet “in late 2022 or early 2023” after the central bank has raised its target rate sufficiently, to around 1 per cent from near zero. While crude oil inventories fell more than expected, the report also showed fuel demand has taken a hit from Omicron. Gasoline stockpiles increased by 8 million barrels in the week to Jan. 7, compared with analyst expectations for a 2.4 million-barrel rise. 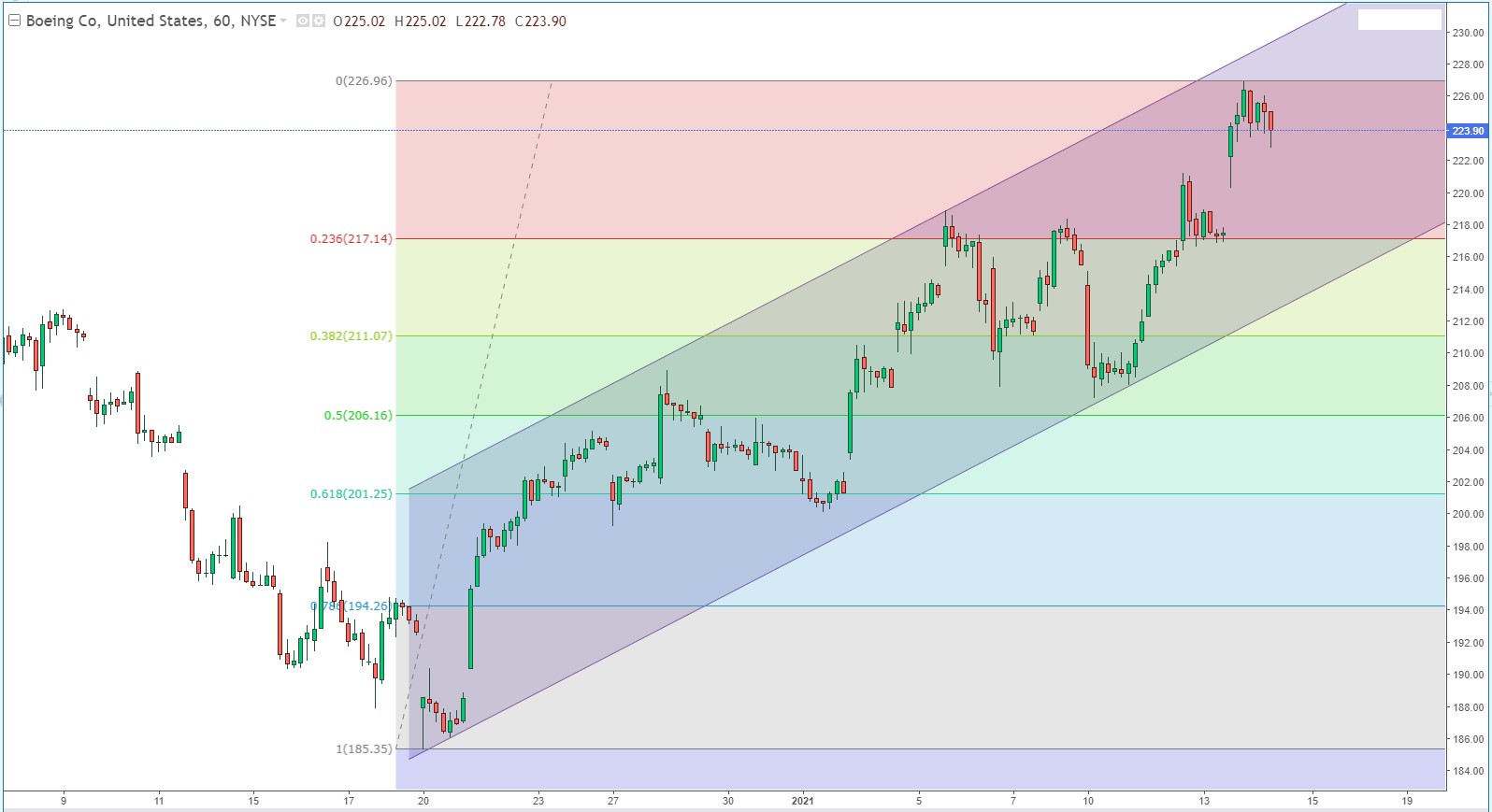 Boeing stock (NYSE:BA) stock rose 2.5% in Thursday’s premarket trading following a Bloomberg report that Chinese airlines could begin to fly its 737 MAX planes again this month onward. The stock at 223.90, gain 6.45 point (+2.97%) at the close of the day. Regulators in the world’s largest aviation market have kept the planes grounded following two fatal crashes, one each in 2018 and 2019. Boeing has since made computer fixes to the narrow-body planes, the company's biggest money-spinner prior to the crashes. 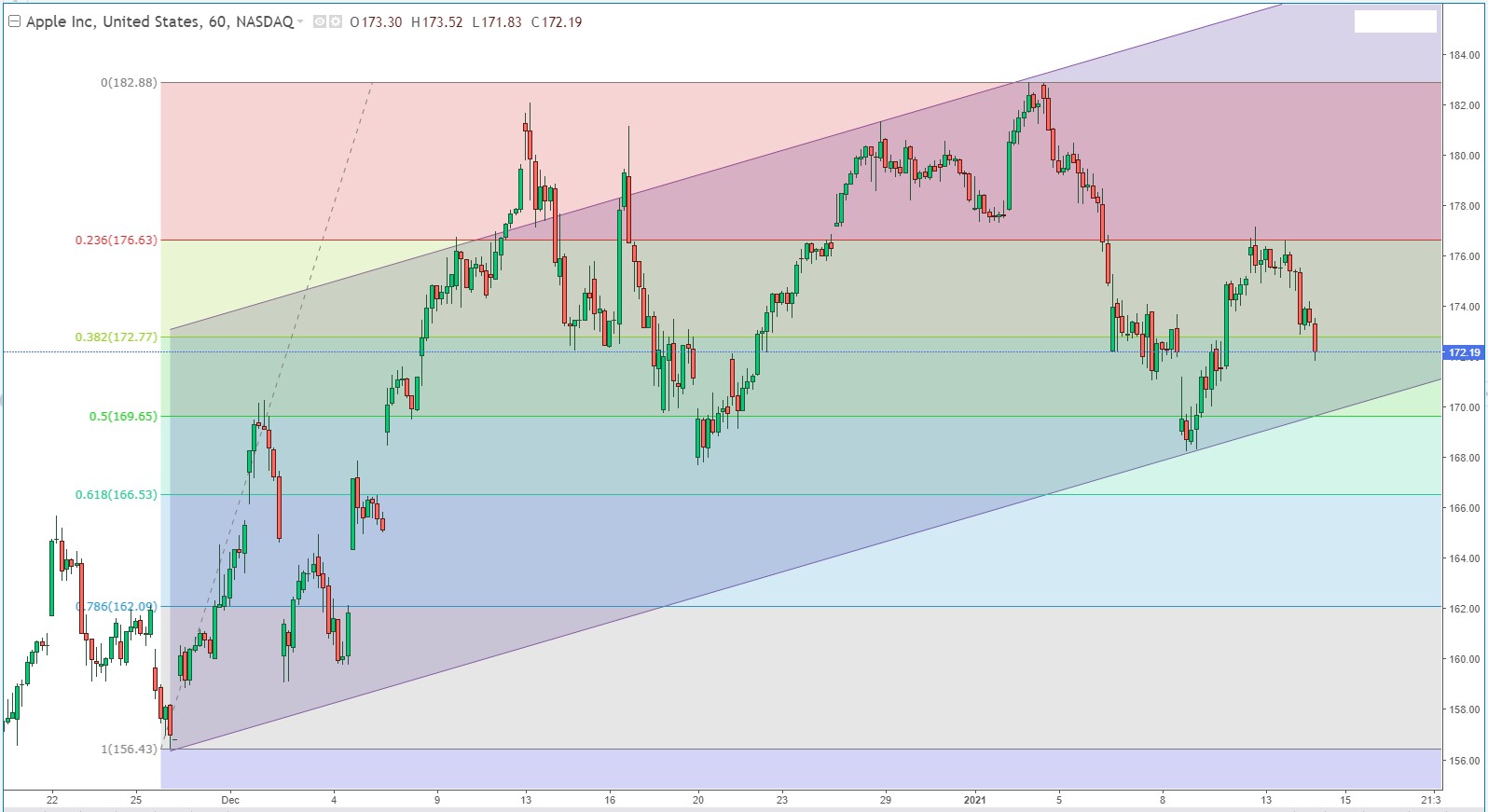 Guardian Capital Management, in its Q4 2021 investor letter, mentioned Apple Inc. (NASDAQ: AAPL) and discussed its stance on the firm. Apple Inc. is a Cupertino, California-based technology company with a $2.8 trillion market capitalization. AAPL delivered a -1.15% return since the beginning of the year, while its 12-month returns are up by 34.10%. The stock closed at $175.53 per share on January 12, 2022.

Guardian Capital Management calculations show that Apple Inc. ranks 10th in their list of the 30 Most Popular Stocks Among Hedge Funds. AAPL was in 120 hedge fund portfolios at the end of the third quarter of 2021, compared to 138 funds in the previous quarter. (NASDAQ: AAPL) delivered a 24.57% return in the past 3 months. On Thursday, the stock price was 172.19 lower 3.34 point (-1.90%) at the closed.