the German index was downwardly revised to 57.4, although the one for the EU was confirmed at 58. The US calendar included November Construction Spending, up 0.4% MoM and the Markit Manufacturing PMI, which printed at 57.7. USD/JPY struggled to capitalize on its intraday positive move to an over one-month high. The risk-on mood undermined the safe-haven JPY and extended some support to the major. The The USD/JPY pair dropped to a fresh daily low during the mid-European session, with bears now awaiting a sustained break below the key 115.00 psychological mark.

In fact, the yield on the benchmark 10-year US government bond shot back to 1.54%. This, along with the Fed's hawkish outlook, indicating at least three rate hikes in 2022, assisted the USD to regain positive traction and reverse a major part of Friday's slide. GBP/USD came under renewed bearish pressure in the early American session and fell below 1.3500. The dollar continues to gather strength with the 10-year US Treasury bond yield rising nearly 4% and climbing toward 1.6%. GBP/USD has registered impressive gains in the last two weeks of the year but bulls seem to have lost interest on the first trading day of 2022. The pair has already tested 1.3500 once and the bearish pressure could increase in case buyers stop defending that level. The American dollar surged across the FX board as US government bond yields soared at the start of the year, reviving inflation-related concerns. AUD/USD trades sub-0.7200 further weighed by plummeting gold prices.

The diverging paths between the RBA and Federal Open Market Committee (FOMC) casts a bearish outlook for AUD/USD as Governor Philip Lowe and Co. expect “underlying inflation to reach 2½ per cent over 2023,” and it seems as though the Board will stick to a wait-and-see approach over the coming months the central bank “will not increase the cash rate until actual inflation is sustainably within the 2 to 3 per cent target range.” 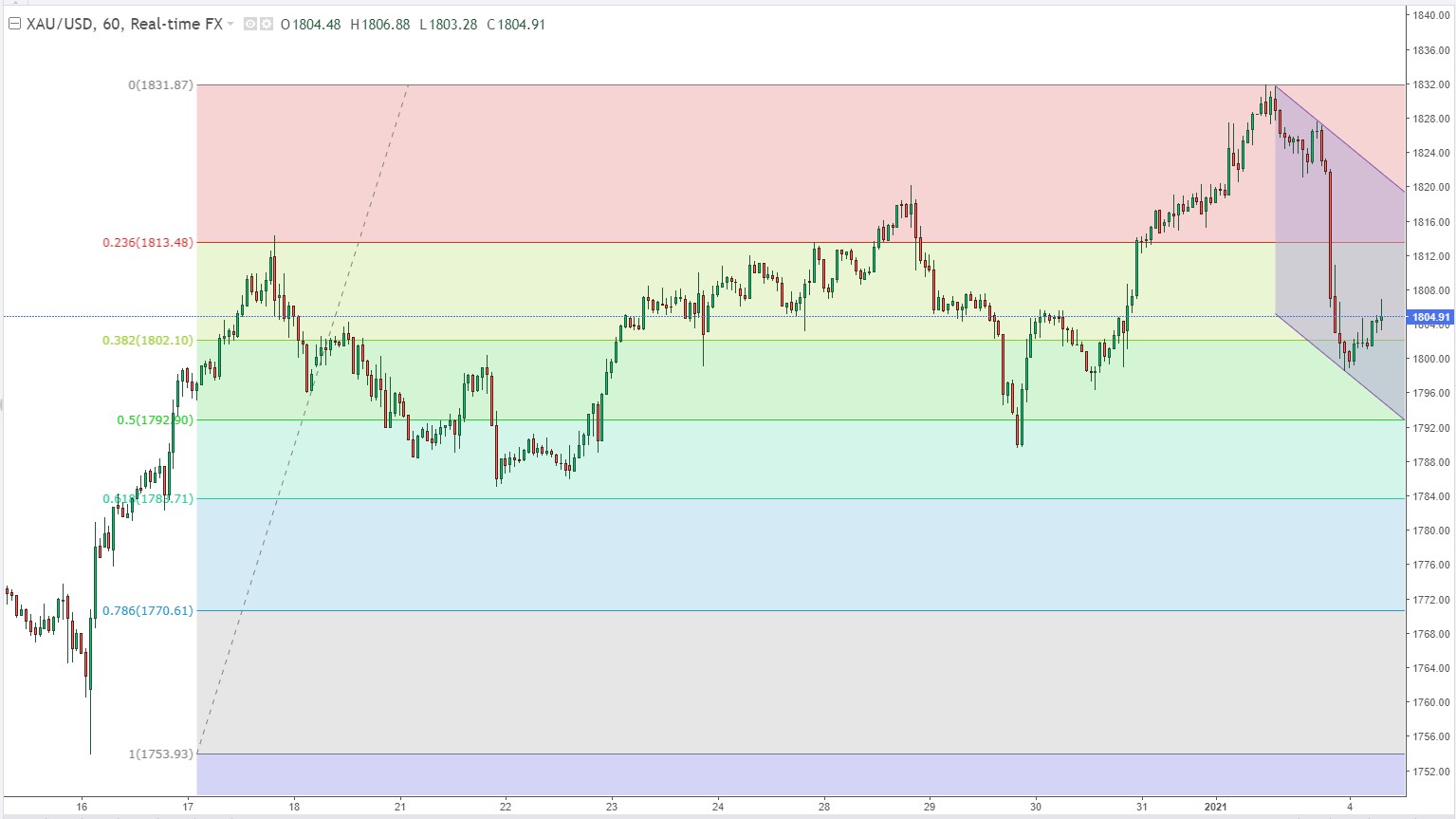 Gold prices fell more than 1% on Monday as a risk-on rally in equities pressured bullion, with investors shrugging off concerns around the impact of the Omicron coronavirus variant. Spot gold dipped 1.5% to $1.800.68 an ounce by 1:37 p.m. ET, set for its biggest one-day percentage decline in more than a month. U.S. gold futures settled down 1.6% at $1.800.10.

Rising yields, a firmer dollar and improved risk sentiment are boosting equities, putting pressure on the gold market. The dollar rose against a basket of major currencies, making gold more expensive for overseas buyers, tracking government bond yields as investors anticipate the U.S. Federal Reserve will stay on its path of interest rate hikes in 2022. 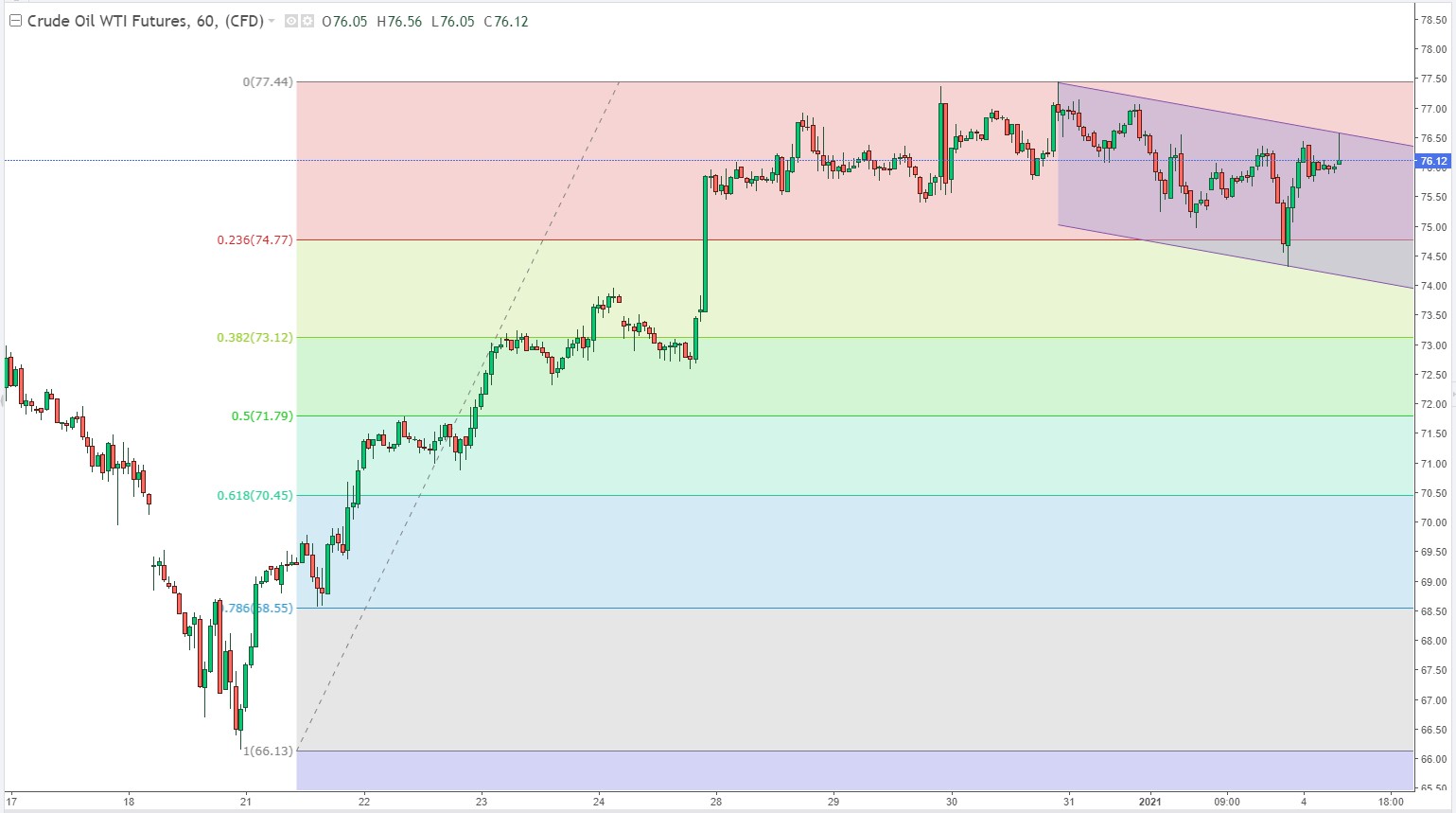 Oil slipped below $78 a barrel on Monday as OPEC+ looked set to agree to a further oil output increase and concern persisted about the demand impact of rising coronavirus cases, despite hopes of a further recovery in 2022. OPEC and its allies, or OPEC+, are expected on Tuesday to agree to the output hike. 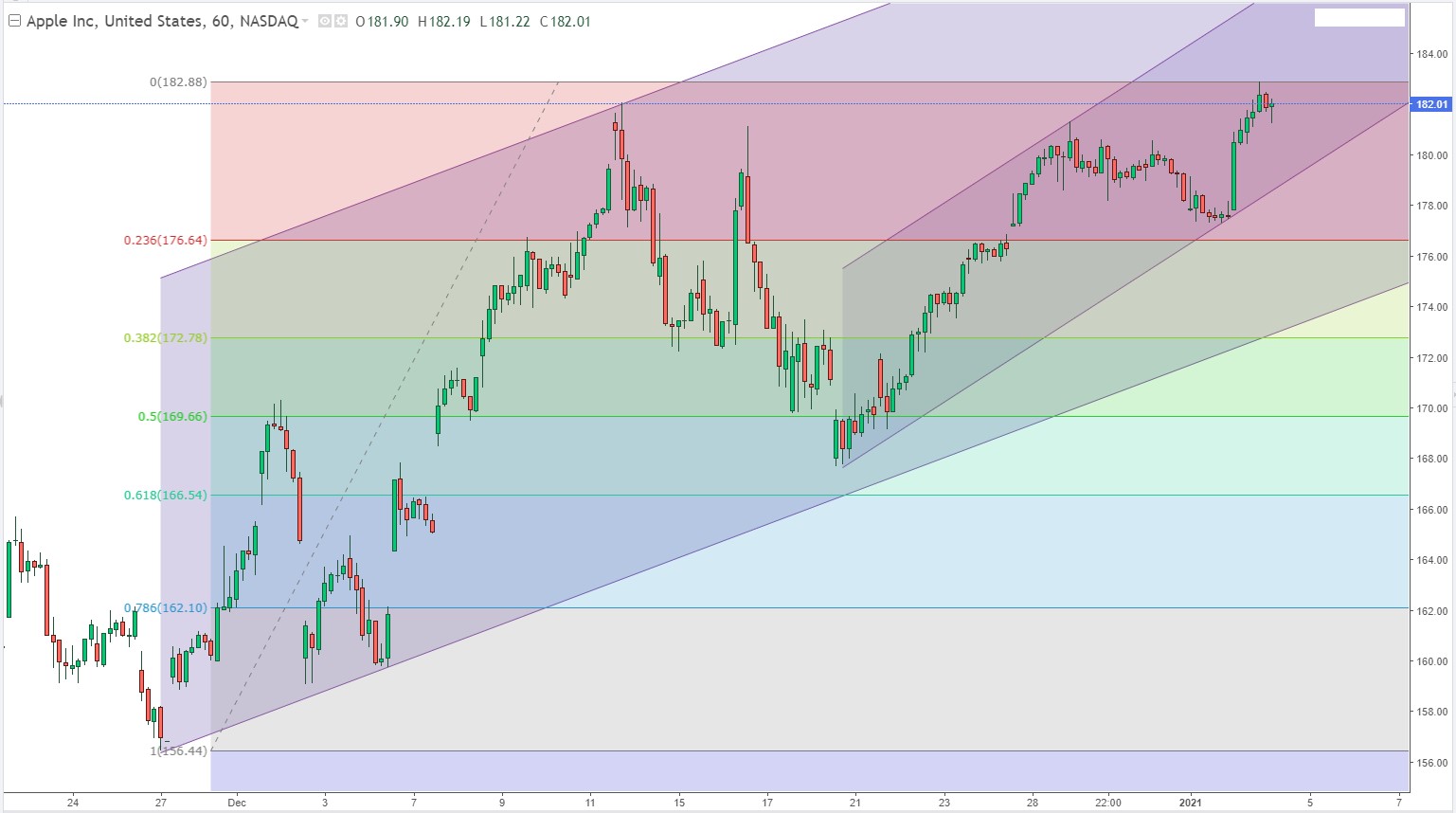 Apple briefly hit a market cap of $3 trillion or was up over 2% during intraday trading on Monday and to a price per share just under $182, before dropping back under the mark shortly afterwards. Apple broke the barrier when its share price hit $182.86. The milestone is mostly symbolic but it shows investors remain bullish on Apple stock and its ability to grow.

At a market value of $3 trillion, Apple tripled its valuation in under four years. And analysts see plenty of room to run. Apple showed annual growth across all of its product categories in its fourth-quarter earnings, with revenue up 29% year-over-year. While the iPhone is still the biggest sales driver, Apple’s services business grew 25.6% year-over-year and delivered more than $18 billion in revenue during the quarter. WFC stands to benefit the most of our coverage universe from higher interest rates, while it has made significant investments in its control functions since its retail banking sales practice issues came to light,” Barclays analyst Jason Goldberg wrote in a commentary cited by CNBC.

Wells Fargo has suffered through years of scandals involving customer mistreatment. “The eventual lifting of regulatory restrictions also represents a potential catalyst looking out,” Goldberg said. Wells Fargo recently traded at $50.44, up 5%, and has soared 70% in the past 12 months. Goldberg raised his price target to $62 from $50.