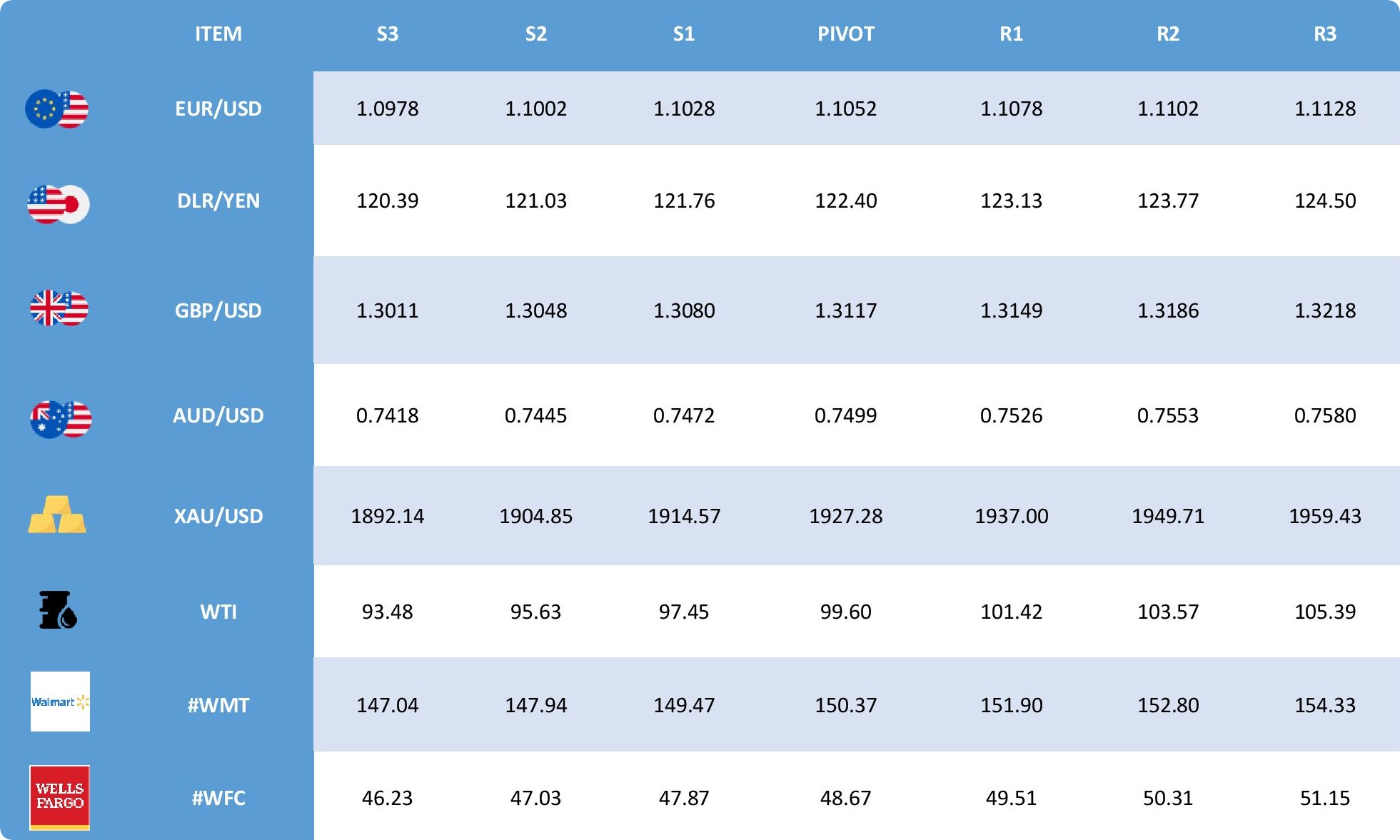 The EUR/USD pair seems to find significant bids near its previous consolidation range, which placed in a range of 1.0945-1.1042. The pair has sensed a corrective pullback after a decent upside, which may call a rebound going forward. Meanwhile, investors raised bets over an interest rate hike by the European Central Bank (ECB) on soaring inflation numbers. The German annual inflation has climbed to 7.3%, the highest print in more than four decades. While the Consumer Price Index (CPI) in France has landed at 5.1% and the inflation number in Italy has reached 6.7%. Adding to that, the Eurozone Harmonized Index of Consumer Prices (HICP) rose TO 7.5%, much higher than the market estimate of 6.6% and the previous print of 5.9%. TThe USD/JPY recovers after dipping 350-pips in the week, rallying above the 122.00 mark on a buoyant market mood and a strong US dollar, lifted by solid US macroeconomic data and prospects of the Federal Reserve hiking rates by 50-bps in the May meeting. At the time of writing, the USD/JPY is trading 122.58. Investors’ mood turned sour post the US macroeconomic data amid the extension of hostilities between Russia and Ukraine in Eastern Europe. The Russian Foreign Minister Lavrov said that Ukraine had understood the situation in Crimea and Donbas. Lavrov added that Russia was preparing a response to Ukraine’s proposals and said there is progress. The GBP/USD has continued to trade lackluster around 1.3100 amid the absence of a fresh trigger that could dictate a direction in the asset. The cable has traded in a range of 0.3051-0.3183 last week but is likely to find direction this week as investors are waiting for the speech from Bank of England (BOE)’s Governor Andrew Bailey, which will provide insights into the likely monetary policy action in May. Apart from that, the peace talks round between Russian leader Vladimir Putin and Ukraine’s President Volodymyr Zelensky after the development of a specific written document will assert pressure on the cable. To tame inflation, the BOE has already shifted the burden to the economy by raising the interest rates to 75 basis points. The print of the yearly UK’s Consumer Price Index (CPI) at 6.2% is signaling one more rate hike from the BOE. 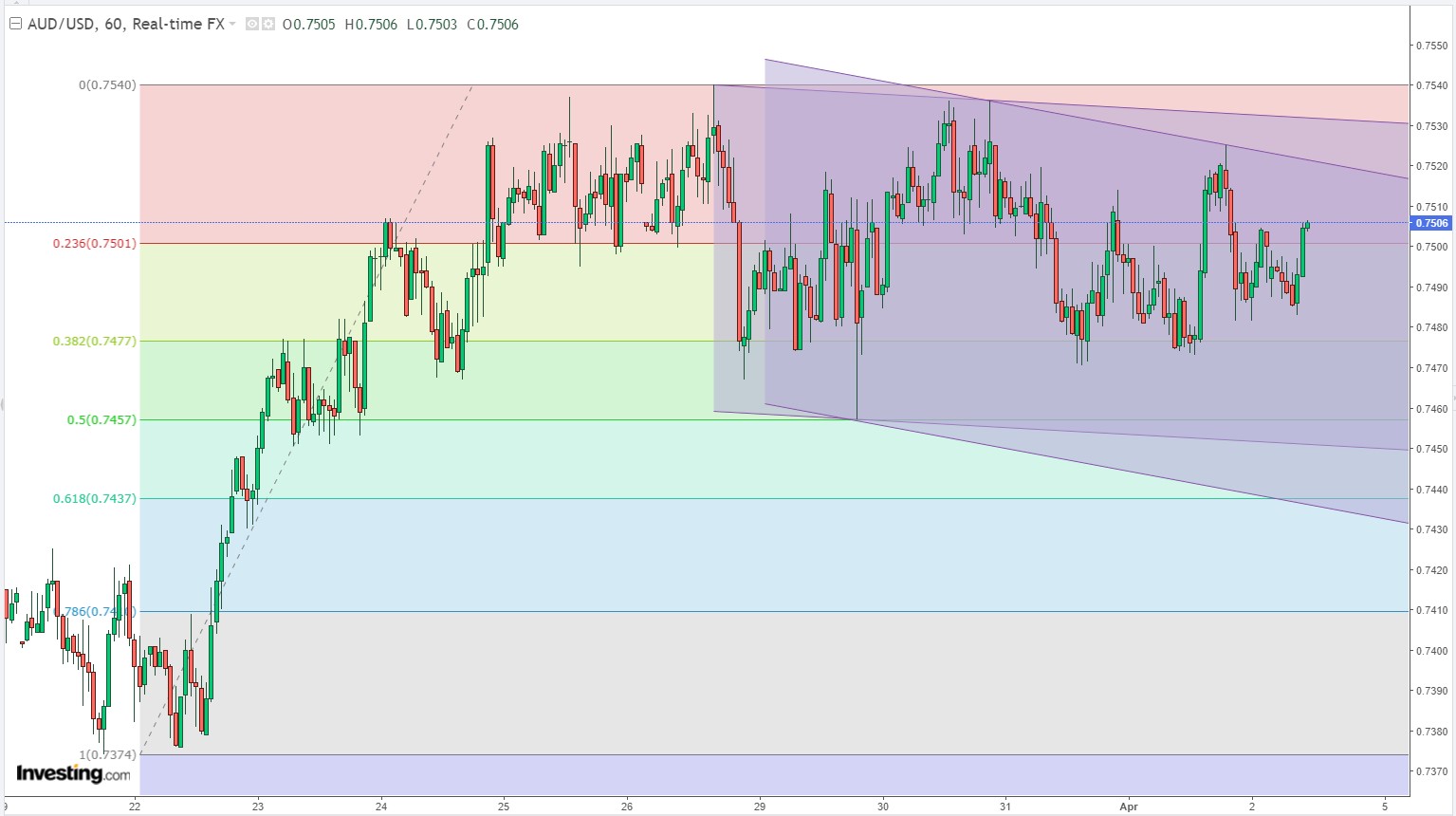 AUD/USD will start out the second quarter's first full week on the back foot following last week's bearish close pertaining to a stronger US dollar and Federal Reserve interest rate hike expectations. At 0.7499, AUD/USD closed Friday a touch in the green, +0.21%, within the day's range of 0.7472 and 0.7524. However, for the week, the pair lost 1.11%.  The US dollar is firm considering the expectations so the Federal Reserve. Fed officials began the process of policy normalization by lifting rates 25bp to 0.25%-0.50% at the March meeting. On the weekend, Reuters has reported what New York Fed President John Williams said on Saturday in this regard. At $1.924.27 the low in the open, the gold price is starting out on the back foot on Monday in the Asian open. The yellow metal ended Friday down some 0.62% at $1,925 after travelling from a high of $1.939.62 to a low of $1.918.10.  Investors are having to weigh up the risks of a protracted war in Ukraine and as the peace talks drag on to no avail as well as a US recession against a hawkish backdrop at the Federal Reserve.

Analysts at TD Securities explained that gold remains in the crosshairs as the Fed pricing provides a constant dark cloud over the precious metal market.'' On Friday, the US Nonfarm Payrolls were solid for March. 431,000 jobs were added last month, below the estimates of 490.000, although data for February job increases were revised higher. However, the Unemployment rate fell to 3.6%, the lowest since February 2020. Oil prices have seen rollercoaster price action on Tuesday. Front-month WTI futures currently trade in the $102.00s, slightly below the mid-point of the day’s near $10 per barrel $98.50-$107.80ish ranges. On the week, WTI’s losses currently stand at more than $10, with the major bearish news having come out of China, where the Covid-19 outbreak continues to spread and authorities continue to try and stamp it out as per their so-called “dynamic zero Covid strategy”.

Shanghai was the latest place to go into strict lockdown as infections in the city surge and this is a major theme playing on the mind of global oil market participants, given China’s status as both a major consumer and massive importer of the black gold. But the major catalyst behind more recent volatility on Tuesday, i.e. the reason WTI slumped nearly $10 from session highs in within the space of about one hour, has been recent positive Russo-Ukraine updates. 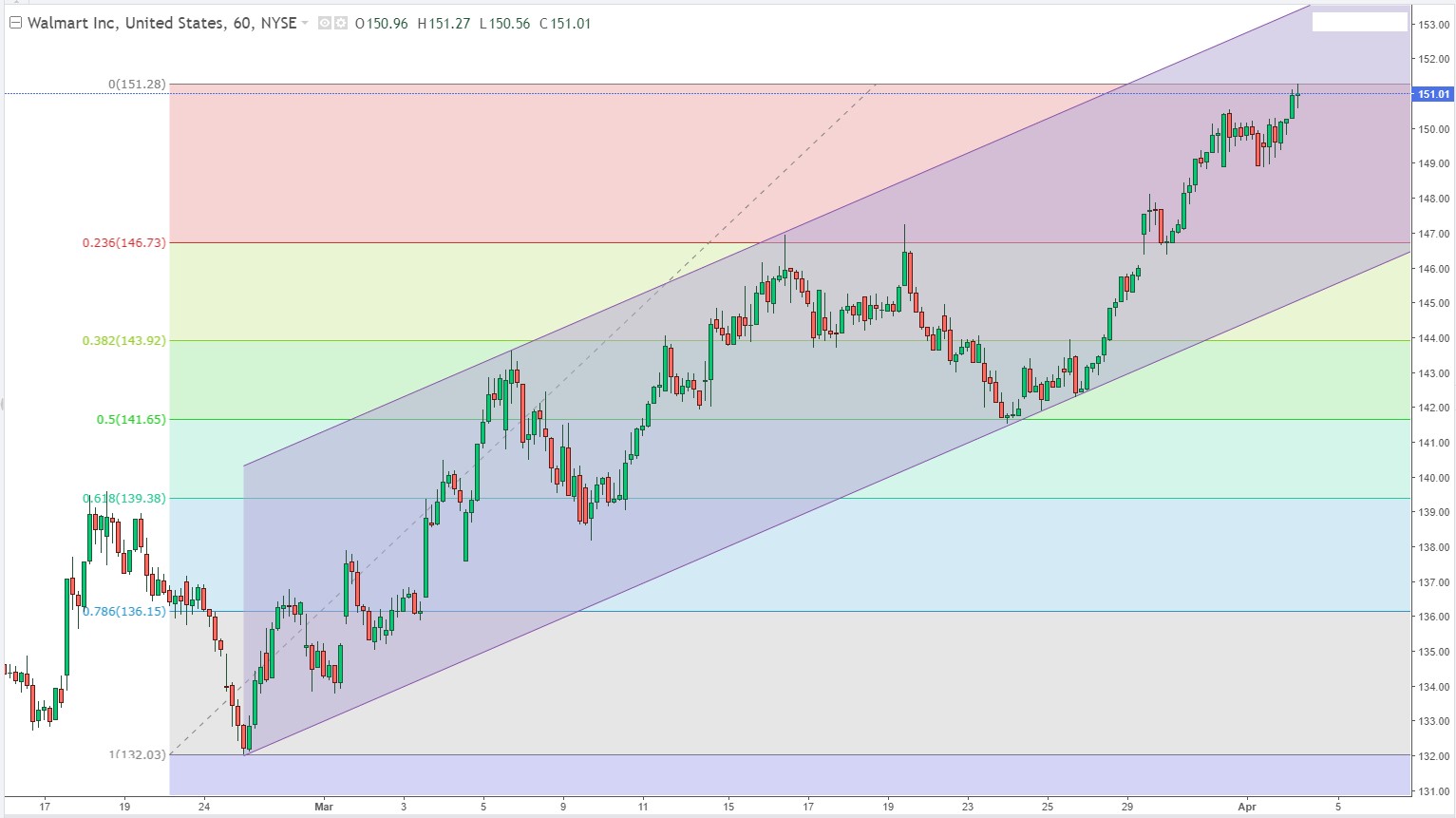 Amazon’s annual revenue was $1.6 billion compared to Walmart’s $138 billion. By 2015, Amazon had hit annual revenue of $89 billion, while Walmart’s stood at $486 billion. While most of Amazon’s revenue at that time came from online sales, only $12.2 billion of Walmart’s came from its website. From 1999 to 2015 WMT stock grew modestly, while AMZN shares skyrocketed, increasing in value tenfold. However, 2015 marked a turning point for WMT stock. Shares have delivered a return of over 140% during this period. A big part of that has been the company’s determination to make e-commerce succeed. WMT stock higher 2.09 (+1.40%) closed at 151.01 on Friday.