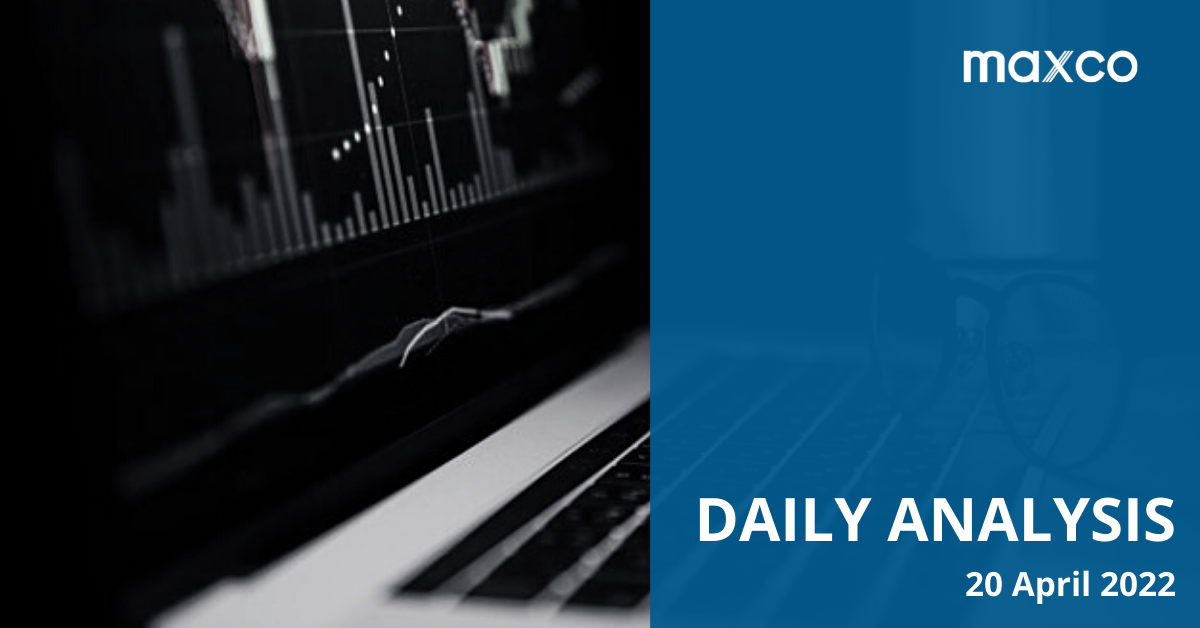 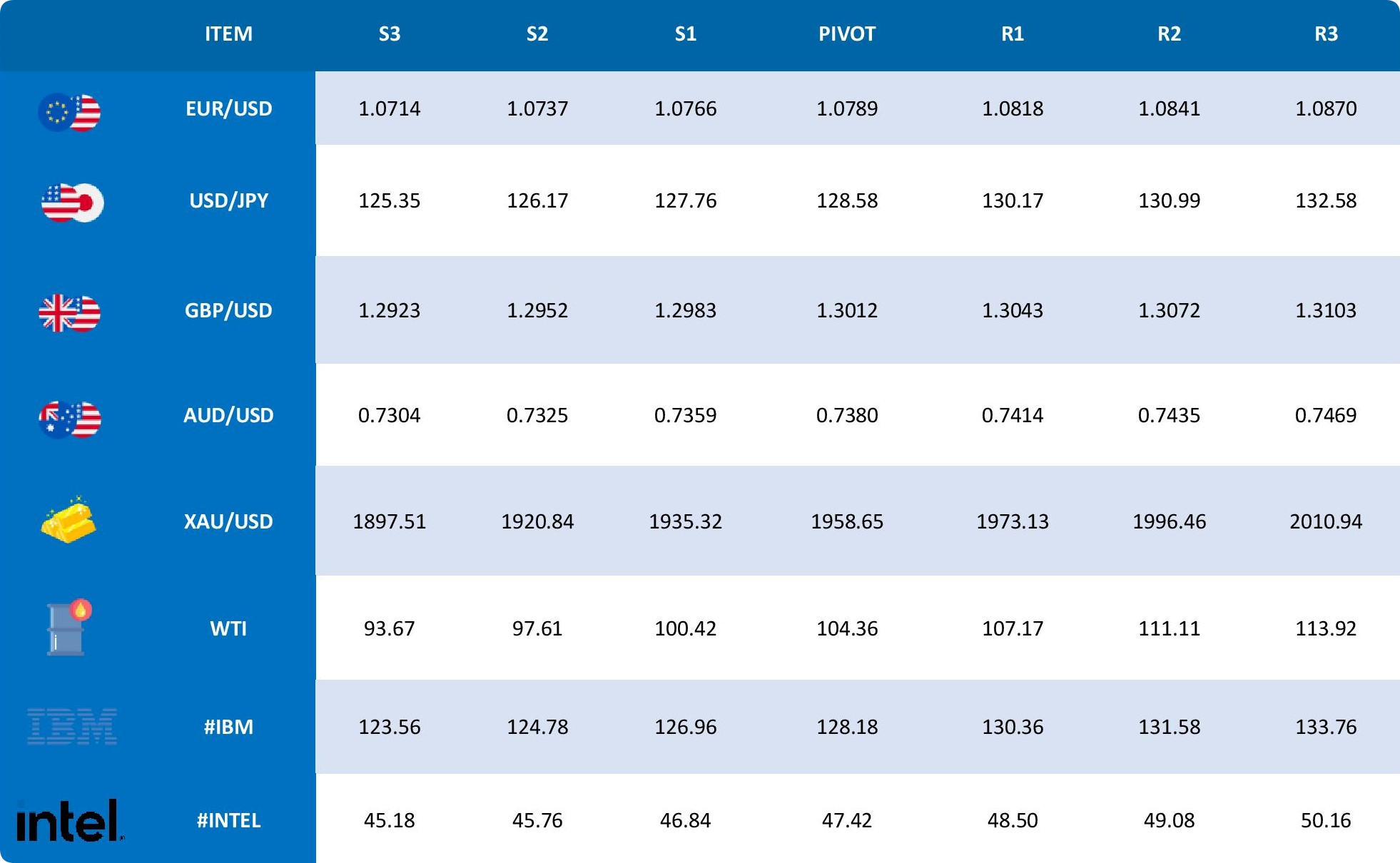 The EUR/USD peaked at 1.0814 on Tuesday and then pulled back finding support at 1.0780. The recovery of the euro from near the lowest level in two years remains limited on the back of a stronger US dollar as Treasury yields keep moving higher. The divergence between the Federal Reserve and the European Central Bank (ECB) continues to weigh on the pair.

The US 10-year yield rose to 2.92% and the 30-year to 3.01%, the highest since April 2019. The sell-off of Treasuries continued following comments from Fed’s Bullard on Monday suggesting that interest rate hikes of 75 bp could be considered if needed to curb inflation. 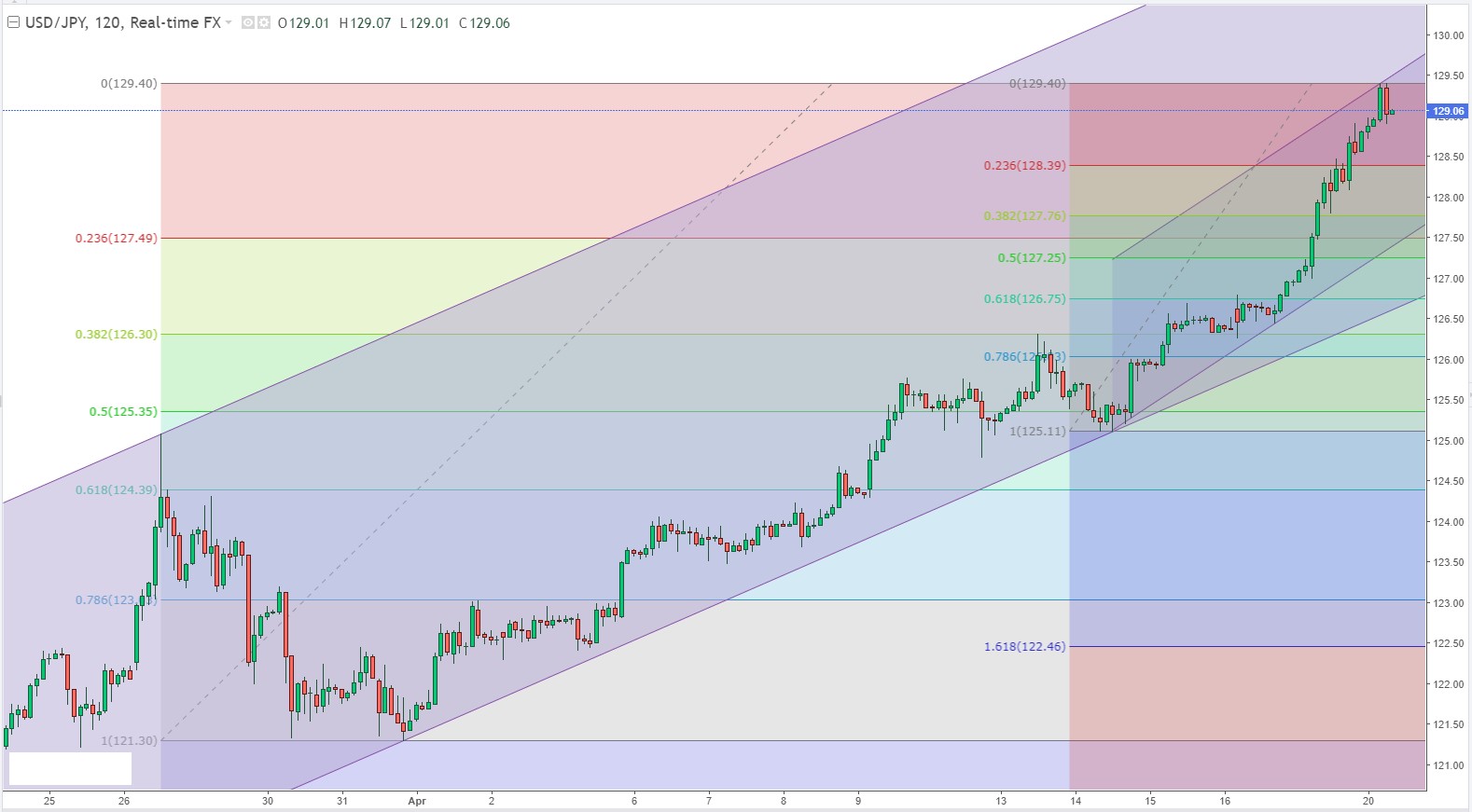 The USD/JPY extends to 20-year highs and eyes to reach the 130.00 mark, during the North American session, amidst a mixed session, with global equities fluctuating, bond yields rising, and commodities down. At the time of writing, the USD/JPY is trading at 128.71.

Peace talks between both parties are on hold as the Russian Foreign Minister Lavrov said that another stage of the operation is beginning. Meanwhile, Fed speaking maintains the US dollar buoyant. On Monday, St. Louis Fed President Bullard noted that inflation is “far too high for comfort” and added that Fed officials want to get to neutral rates expeditiously.

GBP/USD has started to edge lower and turned flat on the day near 1.3000 after rising toward mid-1.3000s in the early European morning. The greenback preserves its strength on rising US T-bond yields and doesn't allow the pair to gain traction on Tuesday. GBP/USD has turned north and moved into positive territory in the European session on Tuesday following a dip below 1.3000 earlier in the day. The pair is facing key resistance at 1.3050 and it could post additional recovery gains in case sellers fail to defend that level. In the absence of high-impact data releases from the UK, the dollar's market valuation continues to drive GBP/USD's action on Tuesday. The US Dollar Index (DXY) seems to have steadied near 100.80, where it closed on Monday, after rising above 101.00 during the Asian session. Having failed an earlier attempt to push back to the north of the 0.7400 during early European trade, AUD/USD is back to trading in the 0.7360s, leaving it now just about 0.2% higher on the day. That means the pair has eroded the majority of its post-hawkish RBA minutes' gains. Traders cited resilience in the US dollar in wake of further upside in US yields following hawkish commentary from Fed arch-hawk James Bullard on Monday, who hinted he was open to a 75 bps rate hike at upcoming meetings, as weighing on AUD/USD as it attempted to rally back above 0.7400. Looking ahead, the main event of the week for the pair will be Thursday’s speech at this week's IMF/World Bank meetings by Fed Chair Jerome Powell. Gold eased on Tuesday after having touched a resistance at the $2.000 per-ounce level in the previous session, as the dollar rose to a two-year high and dented bullion’s appeal. Spot gold was down 1.52% at $1.948.46 per ounce, while U.S. gold futures slipped 1.8% to $1.950.7. The dollar firmed to its highest since April 2020 as investors braced for multiple half a percentage-point rate hikes from the Federal Reserve as it seeks to rein in soaring inflation. 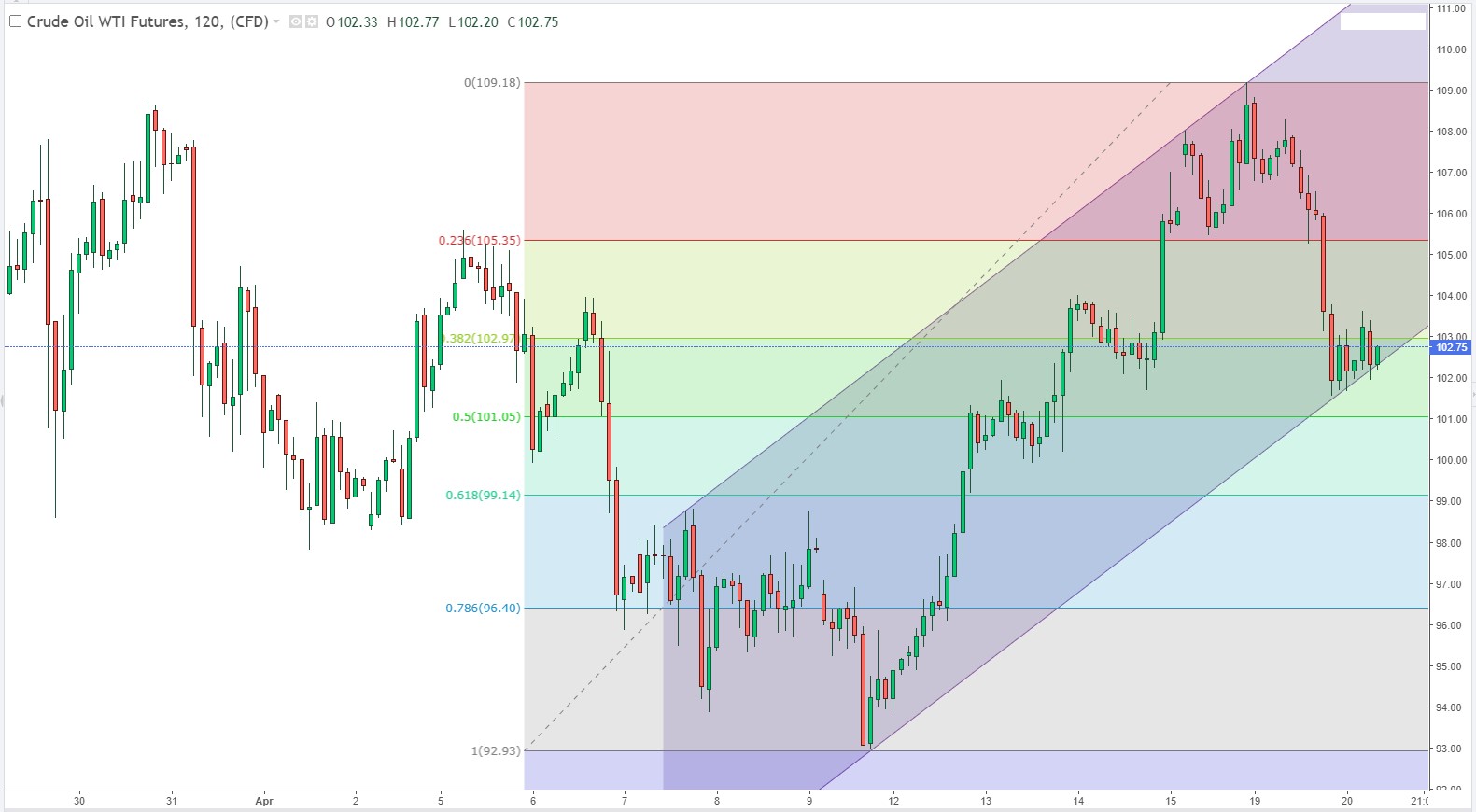 Oil prices tumbled 5% in volatile trading on Tuesday on demand concerns after the International Monetary Fund (IMF) reduced its economic growth forecasts and warned of higher inflation. Prices fell despite lower output from OPEC+, which produced 1.45 million barrels per day (bpd) below its targets in March, as Russian output began to decline following sanctions imposed by the West, according to a report from the producer alliance seen by Reuters. Russia produced about 300.000 bpd below its target in March at 10.018 million bpd, based on secondary sources, the report showed. Brent crude declined 5.22% to $107.25, while U.S. West Texas Intermediate crude settled 5.2% lower at $102.56 per barrel. IBM (IBM) reported first-quarter earnings late Tuesday that beat estimates on the top and bottom lines as the tech giant continued to make progress on its massive restructuring. IBM stock climbed on the news. The company reported adjusted earnings of $1.40 a share on revenue of $14.2 billion. Analysts expected IBM to report earnings of $1.38 a share on revenue of $13.85 billion. IBM stock higher 2.98 (+2.36%) closed at 129.15 on Tuesday. IBM continues to undergo a significant, multiyear restructuring. Leaders in the public cloud space include Amazon (AMZN) and Microsoft (MSFT). Hybrid cloud revenue topped $5 billion in the first quarter, up 14%. IBM's software group showed revenue of $5.8 billion, up 12%.