The shared currency has been hit hard after the Eurostat reported Unemployment Rate at 6.8%, which remains in the mid of market consensus at 6.7% and the prior figure of 6.9%. Meanwhile, bets on an interest rate hike by the European Central Bank (ECB) are rising higher. Soaring inflation in Eurozone is compelling the ECB’s policymakers to raise the interest rate for the first time after the Covid-19 pandemic. The German annual inflation has climbed to 7.3%, the highest print in more than four decades. While the Consumer Price Index (CPI) in France has landed at 5.1% and the inflation number in Italy has reached 6.7%.

On the dollar front, the US dollar index (DXY) has reclaimed 98.00 comfortably despite a minor slippage in Core Personal Consumption Expenditure (PCE) inflation. The yearly Core PCE inflation landed at 5.4%, slightly lower than the estimate of 5.5% but higher than the prior print of 5.2%. The improvement in the safe-haven appeal after the optimism in the Russia-Ukraine peace talks faded has underpinned the greenback against the shared currency. 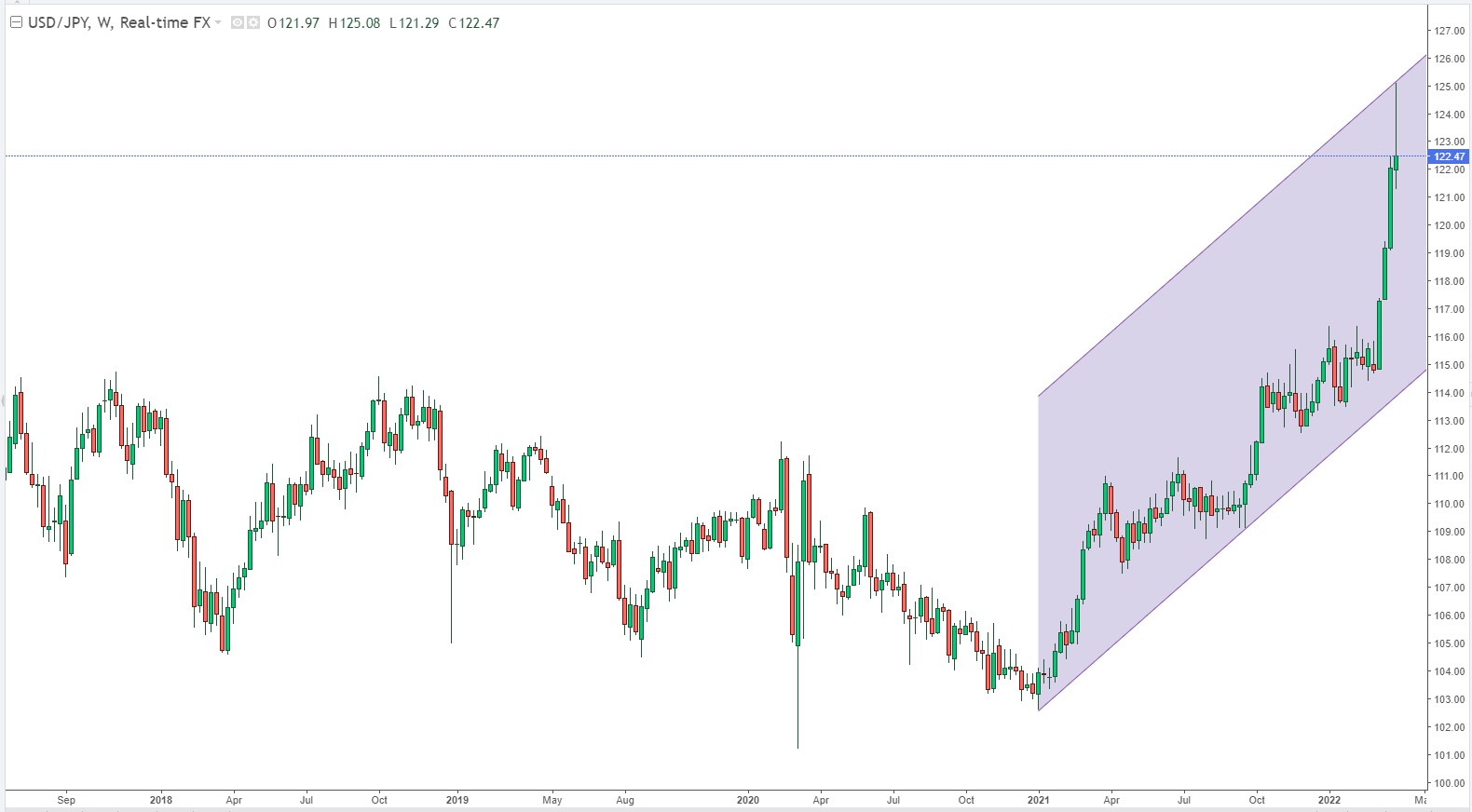 Speculations that authorities would intervene and respond to the recent sharp decline in the Japanese yen, along with fading hopes for diplomacy in Ukraine, acted as a headwind for the USD/JPY pair. Bearish traders further took cues from the ongoing decline in the US Treasury bond yields, though resurgent US dollar demand helped limit the downside for spot prices, at least for the time being.

Following the recent fall to a nearly two-week low, the USD made a solid comeback amid acceptance that the Fed would hike interest rates by 50 bps at the next two meetings to combat high inflation. The market bets were reaffirmed by Thursday's release of the US Core PCE Price Index, which accelerated to a 5.4% YoY rate in February from the 5.2% reported in the previous month. GBP/USD has struggled to make a decisive move in either direction on Thursday and has started to edge lower in the early European session on Friday. The pair is closing in on 1.3100 support and the bearish pressure could increase in case that level fails. Escalating geopolitical tensions on Russia's decision to force buyers to pay for Russian gas in roubles forced investors to seek refuge late Thursday.

Moreover, Russian forces are reportedly relocating and reorganising rather than pulling back, reviving concerns over a prolonged military conflict. The UK's FTSE 100 Index stays flat early Friday and the US Dollar Index consolidates Thursday's gains near mid-98.00s, not allowing GBP/USD to gain traction. The Fed is not really concerned about job growth and unless the wage inflation print misses the market expectation by a wide margin, the dollar should continue to outperform its rivals. Furthermore, investors might want to stay away from risk-sensitive assets heading into the weekend amid the uncertainty surrounding the Russia-Ukraine crisis. The AUD/USD pair has been under pressure on Thursday as commodity prices take a raincheck. Hopes from earlier this week that peace talks would lead to a ceasefire in Ukraine five weeks after Russia's invasion have dwindled, yet, oil prices are under pressure due to the US announcing they will release up to 180 million barrels of oil from their strategic reserve over the next six months in an effort to combat the surge in oil prices.

As a result of the Russian invasion of Ukraine, oil spot prices had rallied from around $75/bbl at the start of 2022 to a peak of above $130/bbl, but in the wake of the US announcement, oil prices were down over 5% overnight, with WTI trading at USD99.69/bbl the low on the day. Additionally, US stocks were poised to end the biggest quarterly decline in two years on a down note on Thursday as worries about the continuing conflict in Ukraine. 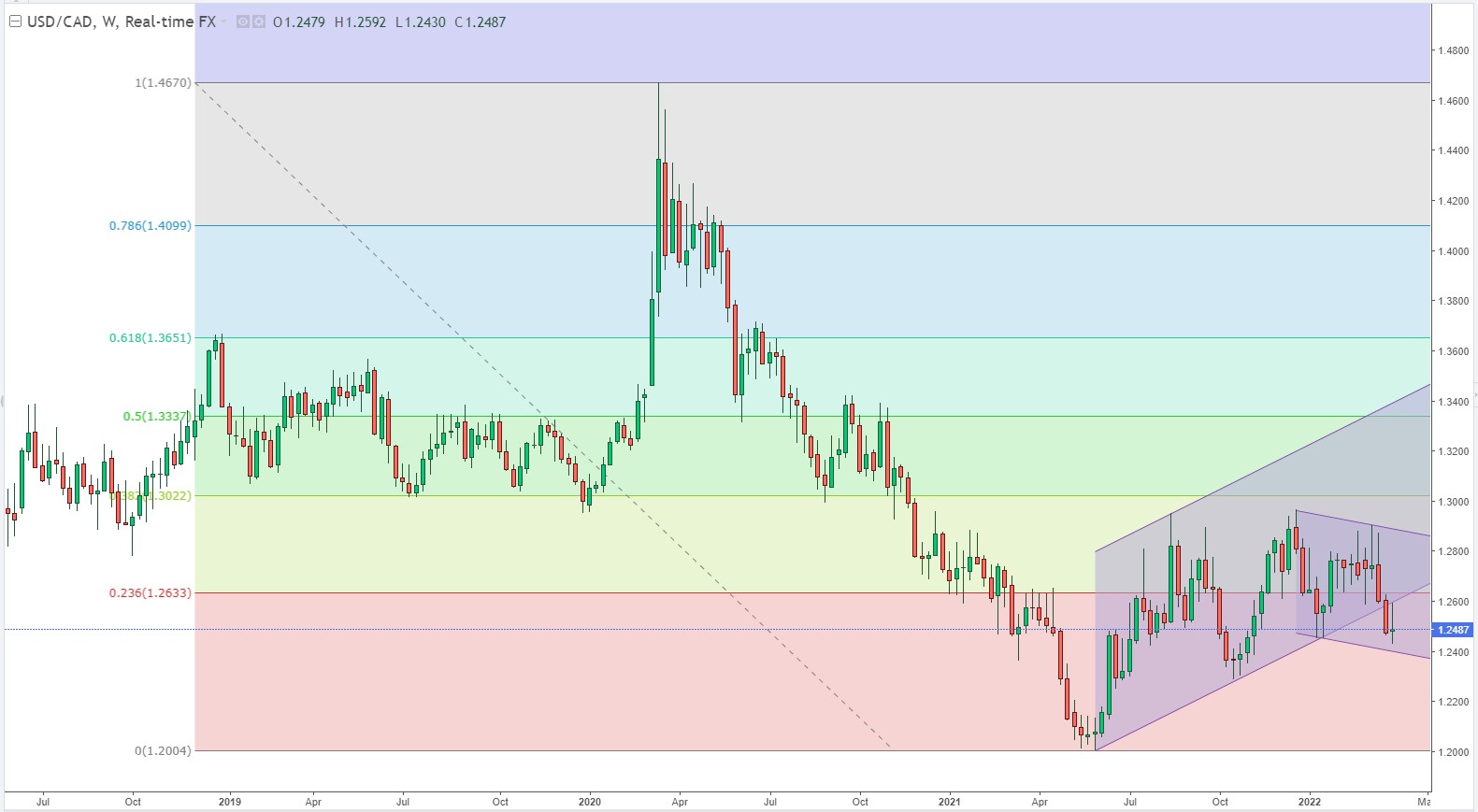 USD/CAD trades to a fresh yearly low (1.2429) as commodity bloc currencies continue to outperform against the Greenback, and the exchange rate may depreciate over the remainder of the week as it fails to defend the opening range for 2022. USD/CAD appears to be unfazed by the better-than-expected ADP Employment report as it clears the January low (1.2450), and the improvement in risk appetite may continue to influence the exchange rate as the Federal Reserve provides little details surrounding the quantitative tightening (QT) cycle.

As a result, it remains to be seen if the update to the core US Personal Consumption Expenditure (PCE) Price Index will sway USD/CAD as the Fed’s preferred gauge for inflation is expected to widen for the sixth consecutive month, with the gauge projected to increase to 5.5% from 5.2% per annum in January, which would mark the highest reading since 1983. The price of gold is on track to test last week’s high ($1966) as the recovery in risk appetite unravels, and waning hopes for a Russia-Ukraine peace deal may keep bullion afloat as global equity prices come under pressure. Headlines surrounding the Russia-Ukraine war may largely influence the price of gold as the ongoing conflict raises the scope for a flight to safety, and bullion may continue to reflect a bullish trend as it appears to be reversing course after testing the 50-Day SMA ($1896).

With that said, a move above last week’s high ($1966) may push the price of gold back towards the yearly high ($2070), and the precious metal stage further attempts to test the record high ($2075) if the recovery in risk appetite continues to unravel. Oil prices seesawed on Friday ahead of a meeting of International Energy Agency (IEA) member nations set to discuss a release of emergency oil reserves alongside a huge planned release by the United States. Brent crude futures were up 72 cents, or 0.7%, to $105.45 a barrel, after falling 5.6% on Thursday. U.S. West Texas Intermediate (WTI) crude futures were up 49 cents, or 0.5%, at $100.77 a barrel.

Both contracts were down earlier in the session. The two benchmark contracts were also headed for their biggest weekly losses in two years at 14% and 13%, respectively. On Thursday, U.S. President Joe Biden announced a release of 1 million barrels per day for six months, starting in May. That will be the largest release ever from the U.S. Strategic Petroleum Reserve (SPR). China stocks ended higher on Friday, with property developers leading the gains on expectations of more economic stimulus after data showed factory activity slumped at the fastest pace in two years in March. The blue-chip CSI300 Index rose 1.3% to 4,276.16, while the Shanghai Composite Index gained 0.9% to 3,282.72. The Hang Seng index rose 0.2% to 22,039.55, while the China Enterprises Index gained 0.2% to 7,537.16.

For the week, the CSI300 Index added 2.4%, the biggest weekly gain so far this year, while the Hang Seng Index was up nearly 3%. The Caixin/Markit Manufacturing Purchasing Managers’ Index (PMI), which focuses more on small firms in coastal regions, fell to 48.1 in March, broadly in line with the official PMI released on Thursday, as the domestic COVID-19 resurgence and the economic fallout from the Ukraine war weighed. It doesn't require much critical thinking to understand how Amazon's e-commerce business benefited from the pandemic. Now it is coming against tough comparisons. For 2021's fourth quarter, North American sales only grew 9%, and international sales actually fell 1% year over year. While these two segments were profitable from an operating income standpoint during last year's quarter, each lost money in 2021's Q4.

During its Q4 earnings call, CFO Brian Olsavasky said the company experienced $4 billion in costs due to inflationary pressures. He cited wage increases, higher pricing for third-party delivery, and labor constraints as reasons for the loss. However, Amazon also announced a $20 price hike to its Amazon Prime subscription service. With more than 200 million Prime members worldwide, that would equate to a $4 billion rise in pure income for Amazon. AMZN stock lower 66.07 (-1.99%) closed at 3,259.95 on Thursday. Wall Street will be looking for positivity from American Express as it approaches its next earnings report date. This is expected to be April 22, 2022. On that day, American Express is projected to report earnings of $2.43 per share, which would represent a year-over-year decline of 11.31%. Our most recent consensus estimate is calling for quarterly revenue of $11.62 billion, up 28.18% from the year-ago period. Looking at the full year, our Zacks Consensus Estimates suggest analysts are expecting earnings of $9.73 per share and revenue of $49.94 billion. These totals would mark changes of -2.89% and +17.83%, respectively, from last year. Banks and fintechs will have to get used to it: Apple  (AAPL) - Get Apple Inc. Report should soon become their competitor. The tech brand has made services one of its most important growth areas. Apple posted record revenues of $124 billion for the three months ending in December. Services revenues, which includes payments, rose 24% to a record $19.5 billion. Services gross margin was 72.4%. AAPL lower 3.16 (-1.78%) closed at 174.61 on Thursday. 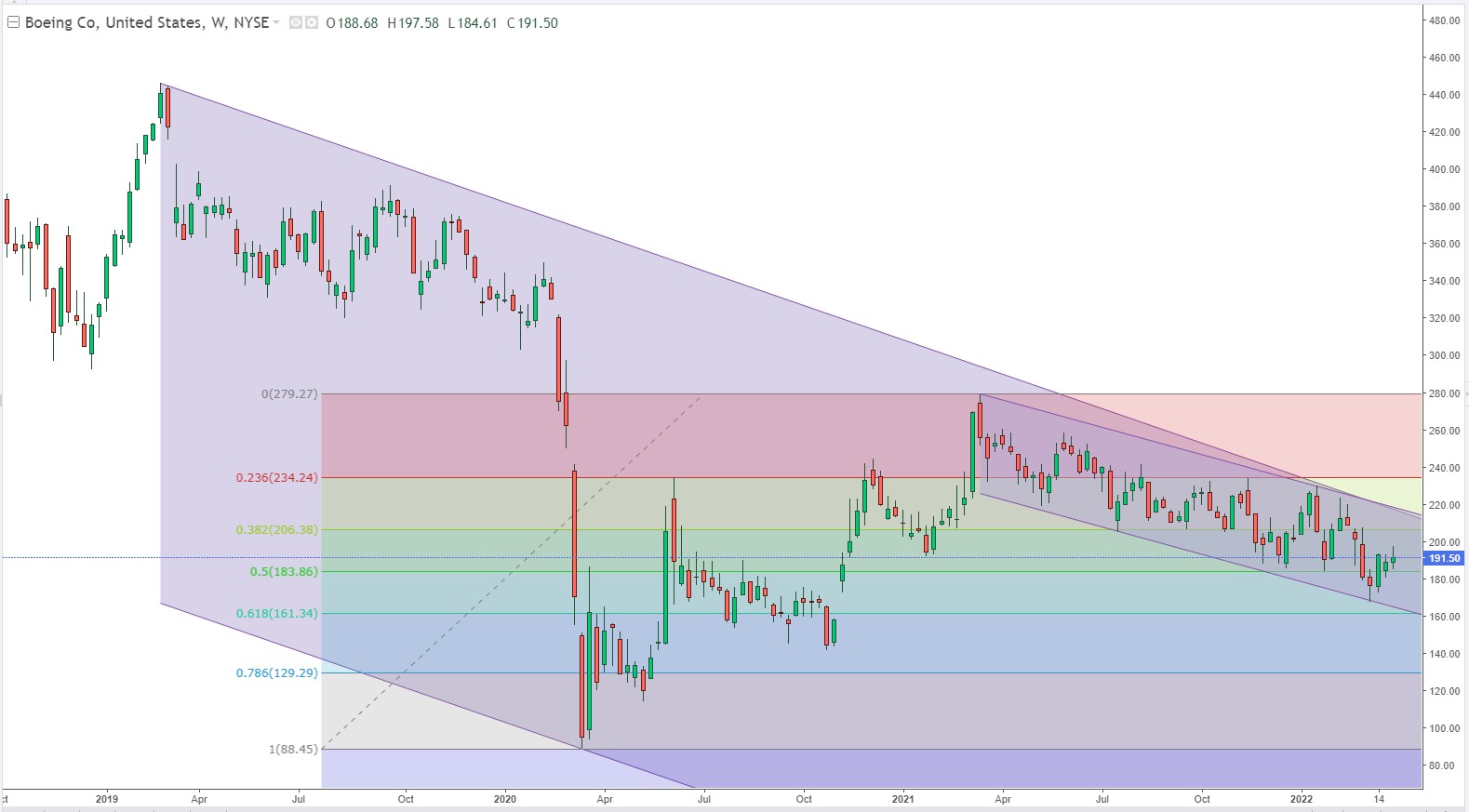 Boeing Co. 737 jets will get a new life as converted freighters with an order from Dublin aviation services company ASL Aviation Holdings. The deal will include 10 initial orders for 737-800 converted freighters and purchase rights to add 10 more. ASL currently operates 11 of the converted 737s and expects to take possession of nine more by early 2023.BA stock lower 3.41 (-1.75%) closed at 191.50 on Thursday.

Boeing saw record orders for new and converted freighters in 2021 and has so far notched 13 orders for 777 freighter jets since the start of the year. Aviation intelligence company IBA estimated the global market for converted freighter jets would reach 2,750 planes by 2033, from slightly more than 2,000 in June 2021. It named Boeing's 737-800 and 767-300ER as some of the top planes in demand for freight conversions.

Speech from the Bank of England Gov. Andrew Bailey.

Speeches from US Fed Kashkari and US Fed Brainard.