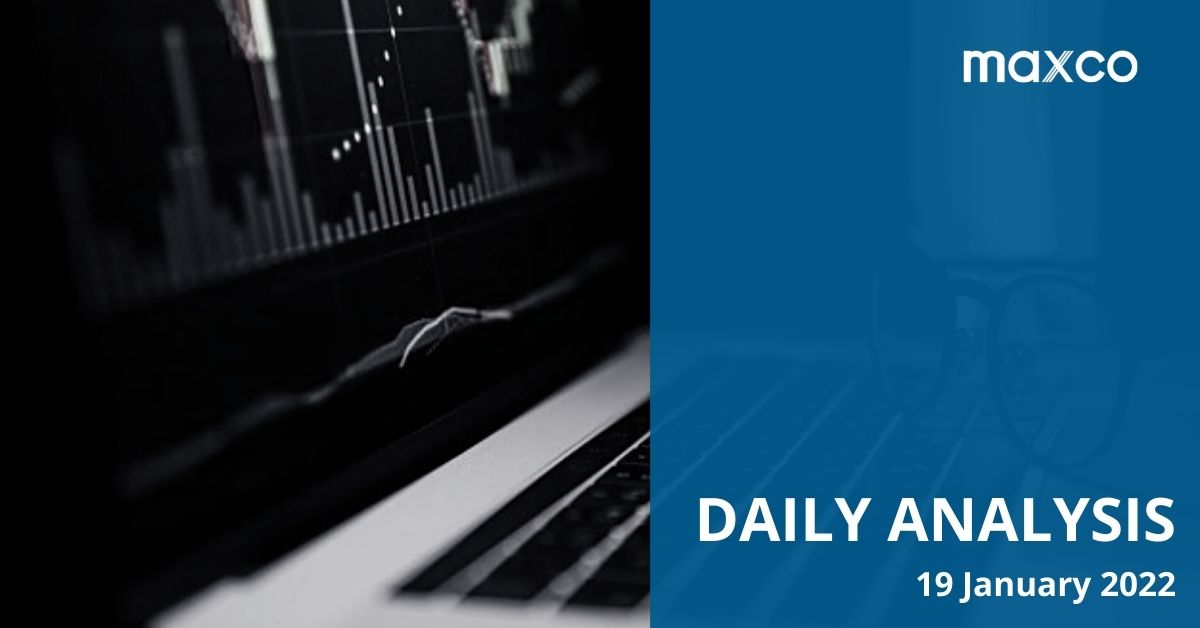 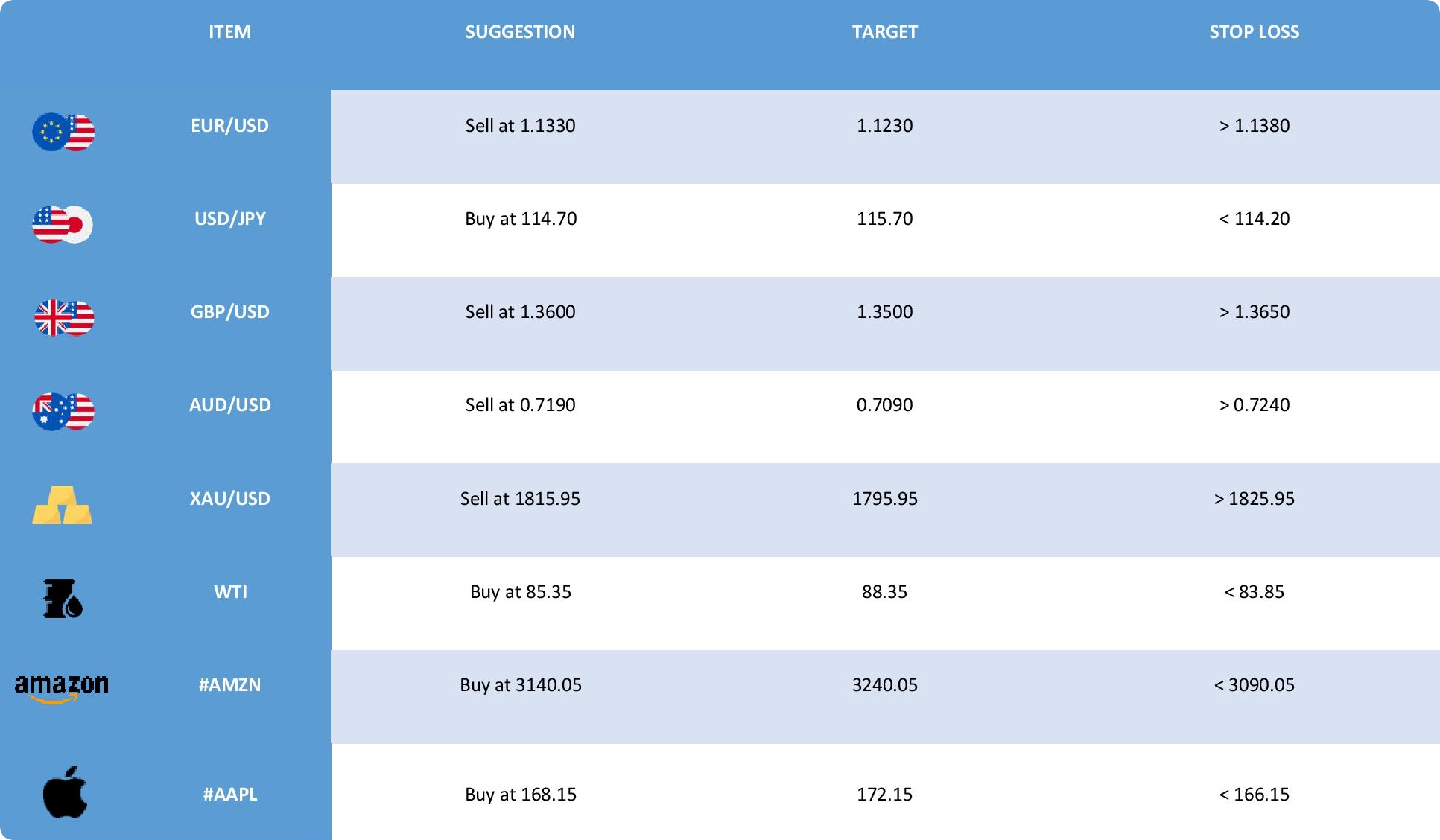 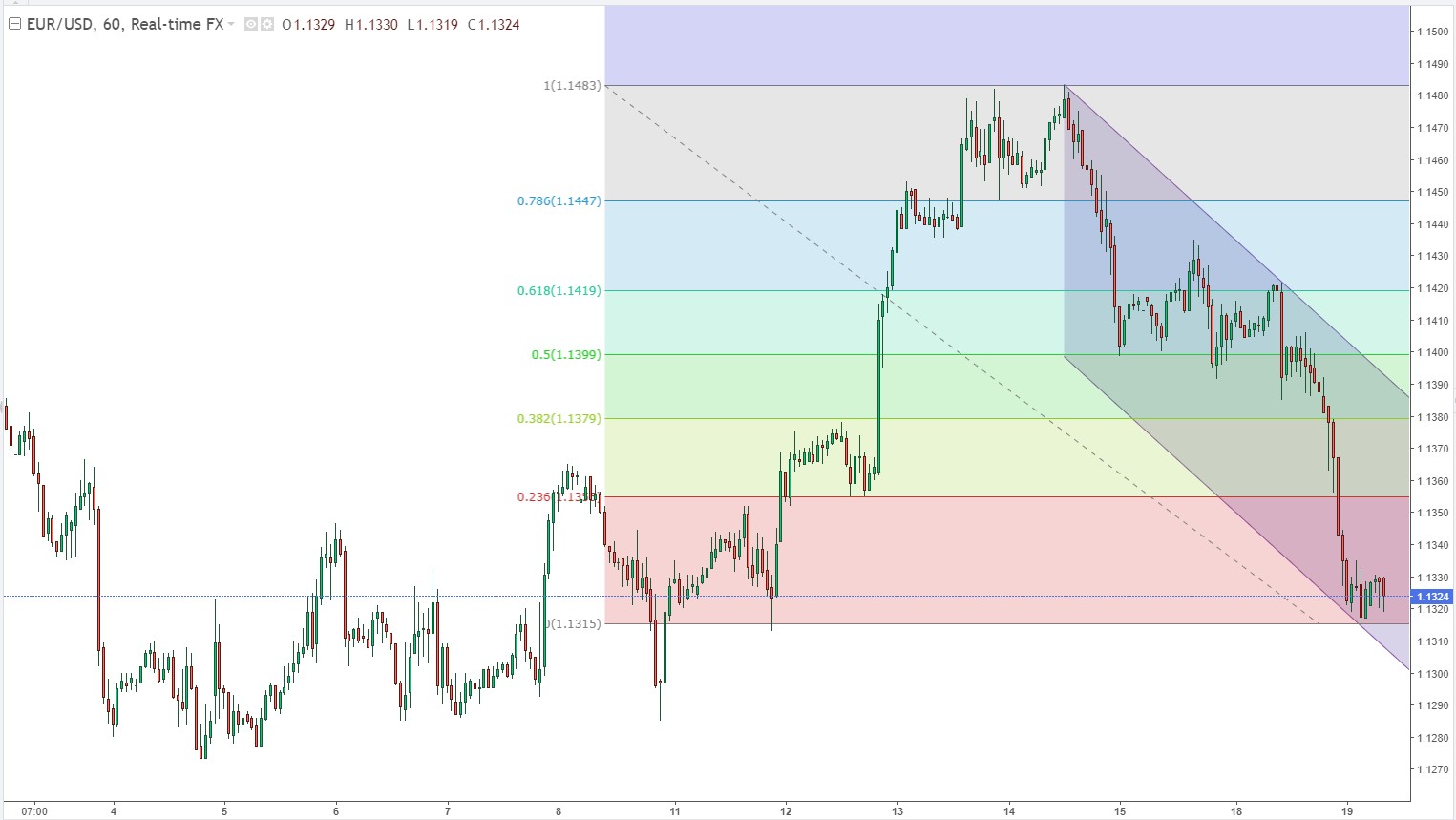 US government bond yields reached levels last seen in February 2020, pushing speculative interest into the greenback. EUR/USD trades around 1.1330 after bottoming at 1.1318. The euro is falling more than seventy pips versus the US dollar, having the worst day in months as US yields keep rising and amid a big drop in equity prices. Weaker-than-expected economic data from the US did not stop the greenback.

The EUR/USD pair trades at its lowest in a week in the 1.1330 price zone as the dollar benefited from soaring US government bond yields. Speculation that US policymakers will move into a faster pace of tapering sent the 10-year US Treasury yield to a fresh two-year high of 1.856%, while the yield on the 2-year bond reached 1.06%. 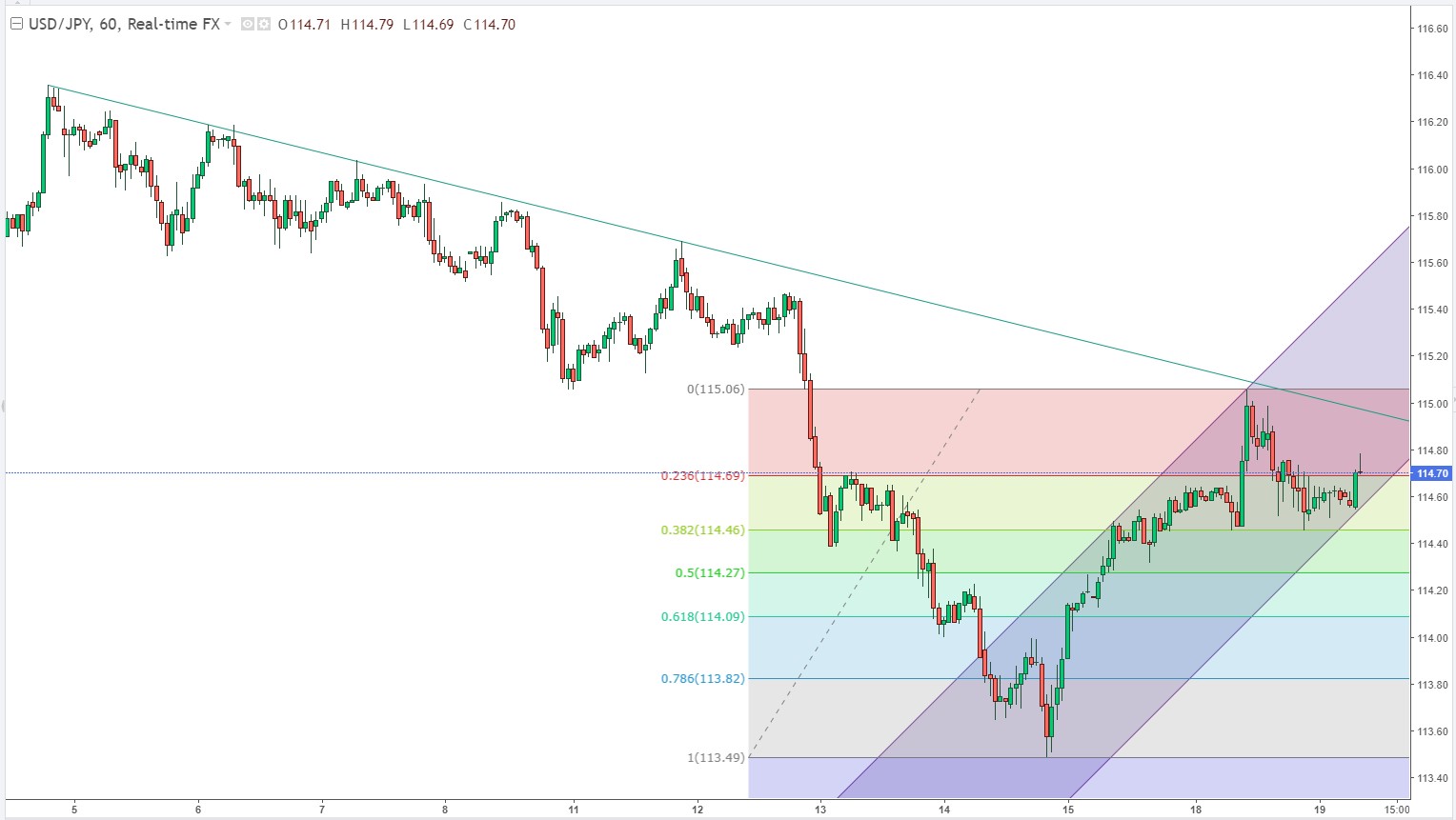 The USD/JPY has eased back to near the 114.50 mark in recent trade after briefly spiking as high as the 115.00 handle during Asia Pacific trade on post-BoJ rate decision yen weakness. The more dovish than expected BoJ aside, some FX traders will be surprised at USD/JPY’s inability to track the latest advances in US bond yields that saw the US 10-year on Tuesday hit its highest level since January 2020 above 1.85%. By contrast, at current levels just above 114.50, USD/JPY is still trading some 1.5% below the 116.35 multi-year highs it hit in the first week of 2022.

The inflation forecast for the fiscal years 2022/23 and 2023/24 were both lifted to 1.1% from previously 0.9% and 1.0%, while the language on the risks to prices was adjusted to “generally balanced” from “skewed to the downside.

At 1.3574, GBP/USD has fallen some 0.51% on Tuesday from a high of 1.3661 to a fresh low of 1.3573. The surge in US Treasury yields has lifted the US dollar out of the doldrums while UK politics weighs on the tainted British currency as well.  Firstly, benchmark US Treasury yields jumped to two-year highs and major equity market indexes dropped more than 1% on Tuesday as traders braced for the Federal Reserve to be more aggressive in tightening monetary policy to tackle inflation.

The US dollar struck a six-day high following the jump in Treasury yields. The US 10-year yield also hit a two-year peak of 1.866% overnight. In line with Treasury yields, the dollar strengthened against a basket of currencies, hitting a one-week high of 95.83 DXY. AUD/USD broke below key short-term trendline support earlier during Tuesday’s session and has subsequently fallen underneath the 0.7200 level. At current levels in the 0.7180s, AUD/USD trades lower on the day by about 0.3%, a reflection of weakness in global equity markets which were rocked on Tuesday by sharp upside in US government bond yields and a stronger USD.

Further buck strength and risk-off flows risk sending AUD/USD back towards 2022 lows just below 0.7150 in the absence of another massive positive Australian labour market surprise. 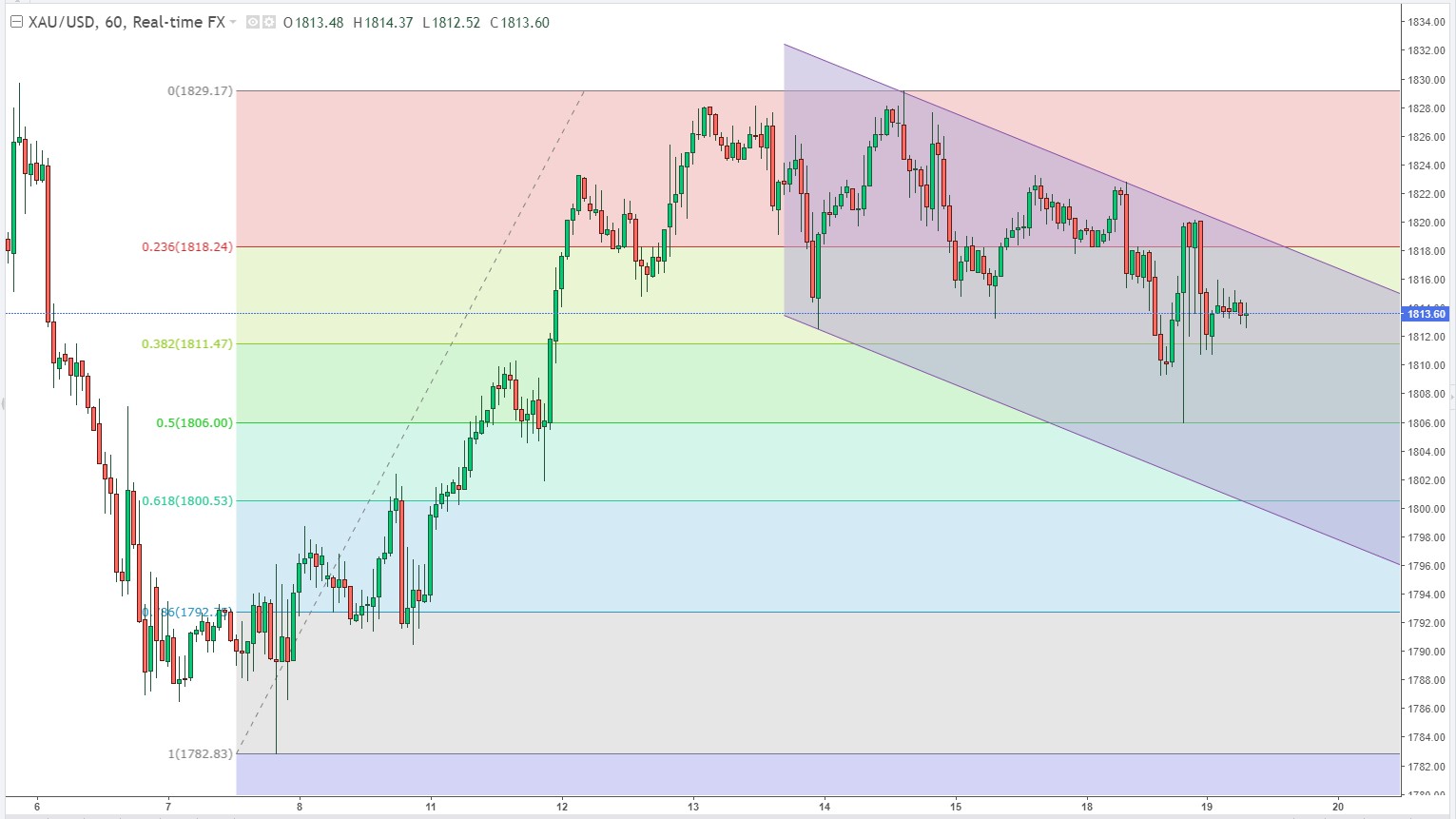 Spot gold (XAU/USD) prices fell to their lowest level since this time last week on Tuesday, breaking below support in the form of the 21 and 50-day moving averages at $1810. Gold weakness, which has seen spot prices drop about 0.6% to current levels around $1807, reflects recent upside in US bond. Notably, the 2-year yield surpassed 1.0% for the first time since February 2020, whilst the 10-year rose briefly above 1.85% to hit fresh near-two-year highs before slipping back to just above the 1.80% level.

Real yields, with which precious metals like gold have the strongest negative correlation, were also up, with the 10-year TIPS trading in a -0.65% to -0.70% range and at its highest levels since early Q2 2021. Remember that higher real yields raise the opportunity cost of holding non-yielding assets like gold. 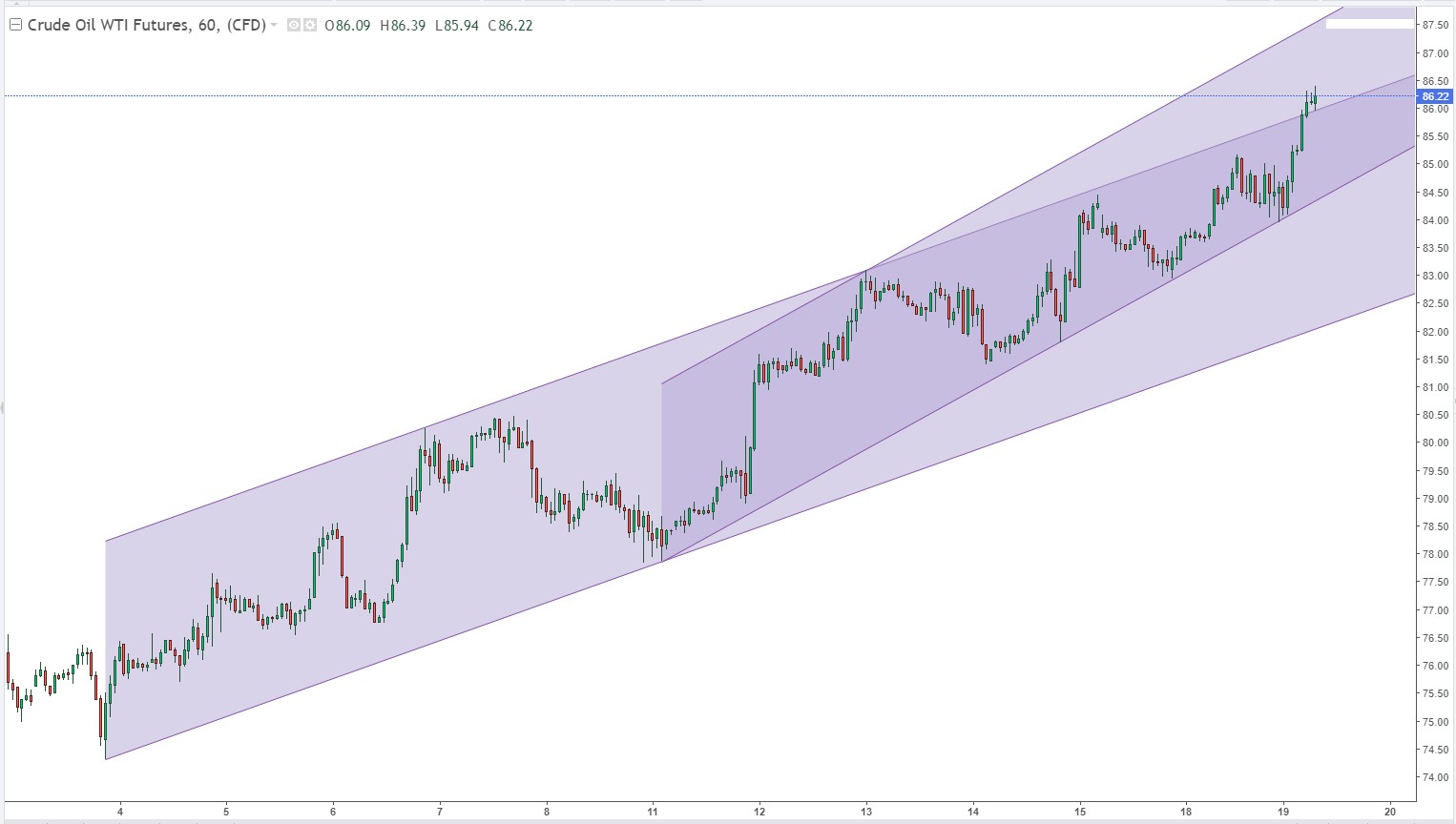 After hitting multi-year highs early on during the European trading session near the $86.00 per barrel level, front-month WTI futures have since backed off to trade around $85.00, though still hold onto gains of about 60 cents on the session. A lower-than-expected hit to global demand from Omicron combined with the difficulties some smaller OPEC+ members have been having in lifting output led Goldman Sachs to announce a for oil (Brent) to hit $100 per barrel in H2 2022. The bank explained that the above factors had “kept the global oil market in a larger deficit than even our above consensus forecast”, a factor that has likely been driving growing premiums in various physical crude oil grades over future prices in recent weeks. In the latest trading session on Monday, Amazon (AMZN) closed at $3.242.76, marking a +0.57% move from the previous day. This move outpaced the S&P 500's daily gain of 0.08%. Wall Street will be looking for positivity from Amazon as it approaches its next earnings report date. In that report, analysts expect Amazon to post earnings of $3.90 per share. This would mark a year-over-year decline of 72.32%. Zacks Equity Research most recent consensus estimate is calling for quarterly revenue of $137.76 billion, up 9.72% from the year-ago period. Amazone down 64.41 (-1.99%) closed at 3.178.53 on Tuesday Deutsche Bank analyst Sidney Ho reiterated his Buy rating on Apple's stock. But, the analyst lifted his priced target to $200 from $175 — assuming roughly 16% upside from current trading levels. The average sell-side analyst price target on Apple is $177, according to Bloomberg data. Shares fell 1.5% in pre-market trading amid ongoing blood-letting in tech stocks with 10-year Treasury yields climbing. The push higher in yields has sent Apple shares down about 3% year-to-date, while the tech stock heavy Nasdaq Composite has dropped nearly 6%. Apple down 3.27 (-1.89%) closed at 169.80 on Tuesday.