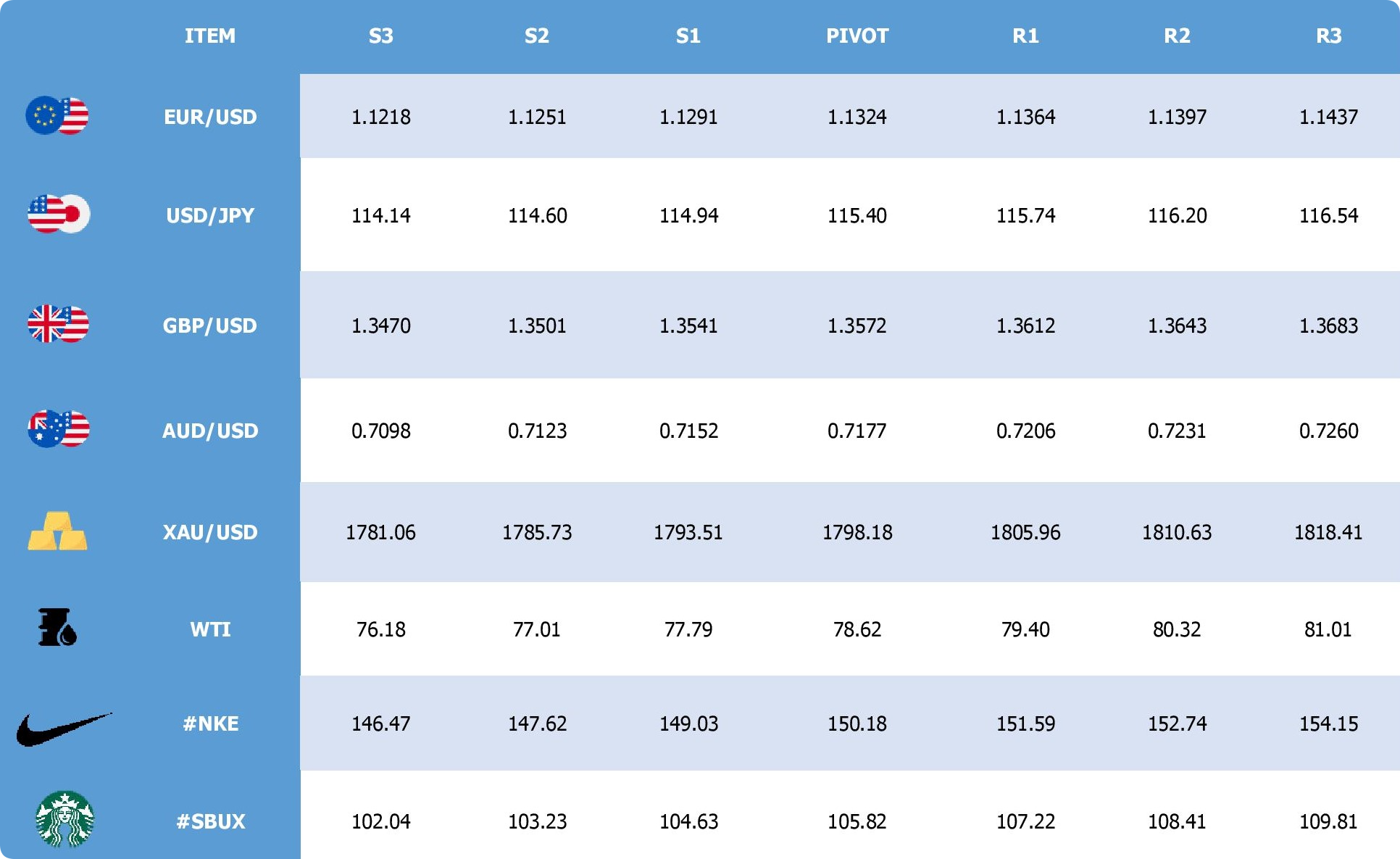 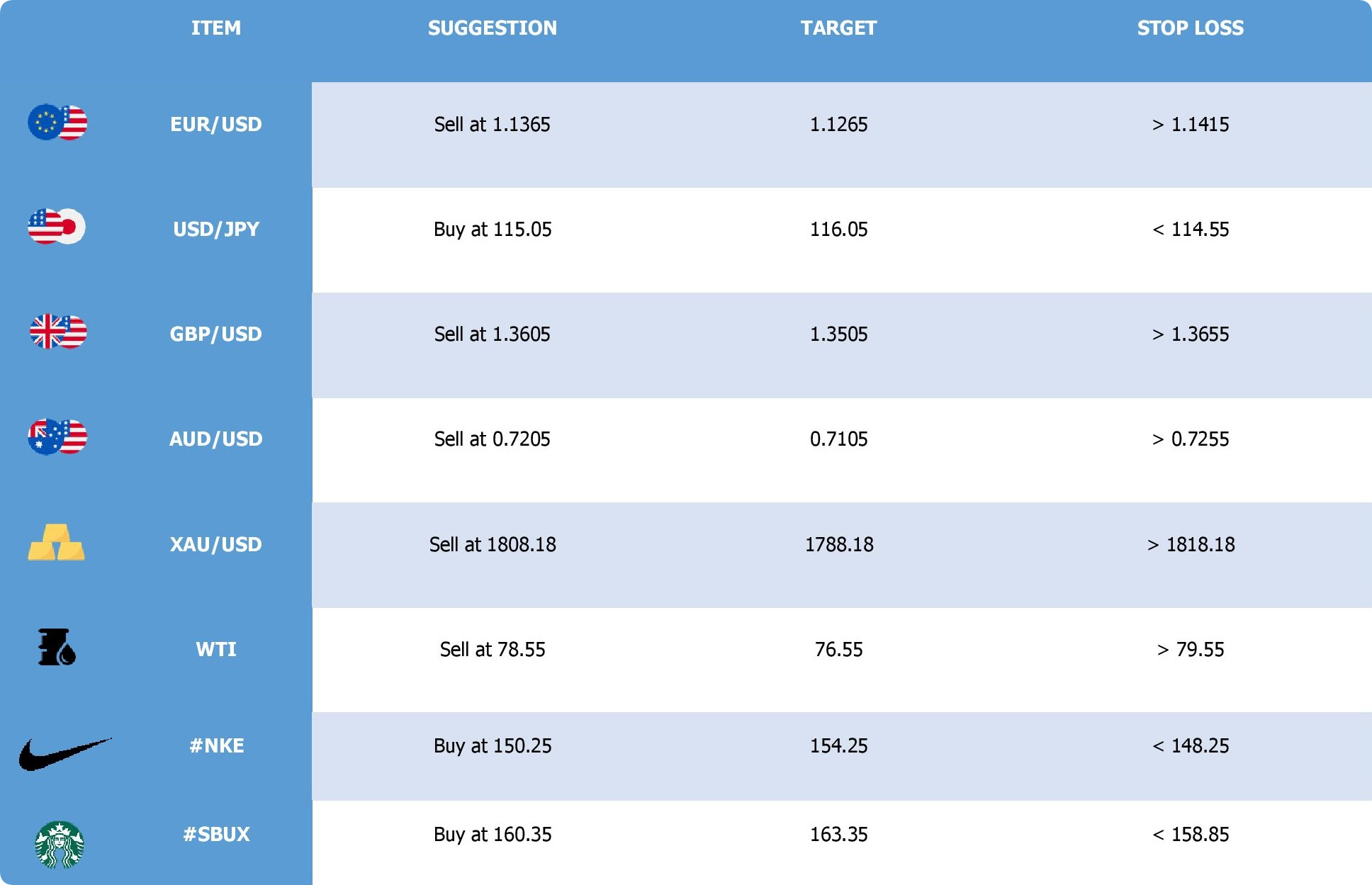 EUR/USD keeps seesawing between familiar levels, unable to find its way. Market players await updates on US inflation and Jay Powell continuation as Federal Reserve’s Chair. The EUR/USD pair bounced from an intraday low of 1.1284, currently trading in the 1.1330 price zone. The pair is down on a daily basis, although still lacking directional strength, seesawing around the 1.1300 figure.

The macroeconomic calendar included on Monday the EU  January Sentix investor Confidence, which improved by more than anticipated to 14.9 from 13.5 in the previous month. And US November Wholesale Inventories, up 1.4%, worse than anticipated. The USD/JPY pair dropped to a one-week low during the mid-European session, with bears now eyeing a move to challenge the key 115.00 psychological mark. The pair struggled to capitalize on its intraday move up, instead met with a fresh supply near the 115.85 region and turned lower for the fourth successive day on Monday. The downfall dragged the USD/JPY pair further away from a five-year high touched last week and was sponsored by reviving demand for the safe-haven Japanese yen. An extended sell-off in the US bond markets weighed on investors' sentiment, which was evident from a cautious mood around the equity markets. On Monday, US central bank’s rising rates expectations and omicron woes dampened the market sentiment, boosting the safe-haven peers like the greenback and the Japanese yen, the strongest currencies of the G8. That said, the British pound retreats from daily highs and turns into negative territory, down some 0.12% in the North American session, trading at 1.3579 at the time of writing.

GBP/USD has started to move sideways at the beginning of the week after failing to break above 1.3600 on Friday. The pair remains at the mercy of the greenback's market valuations and rising US Treasury bond yields suggest that GBP/USD could stage a downward correction in the near term. AUD/USD bears are lurking in various resistance areas as the price corrects 0.7220 is eyed near the counter-trendline but 0.7180 could be a critical resistance. Aussie could be on the verge of a downside continuation and break of dynamic daily support. AUD/USD picks up bids to 0.7175, licking the previous day’s wounds amid the early Asian session on Tuesday. The risk barometer pair began the week with mild losses as traders brace for Wednesday’s US inflation data amid hawkish hopes from the Fed. The fact that spot gold (XAU/USD) has thus far this Monday failed to sustain attempts at breaking to the north of its 21 and 200-day moving averages, both of which sit between the $1.798 and $1.800 levels, may prove a bearish signal. The precious metal was battered last week as US real and nominal yields surged in the lead up to and aftermath of a resoundingly hawkish The Fed minutes release, with spot prices cratering from highs at $1.830 to under the big figure. For now, the precious metal is content to trade in the mid to low $1.790s and at current levels just under $1.795 it only trades lower by about 0.1% on the day. 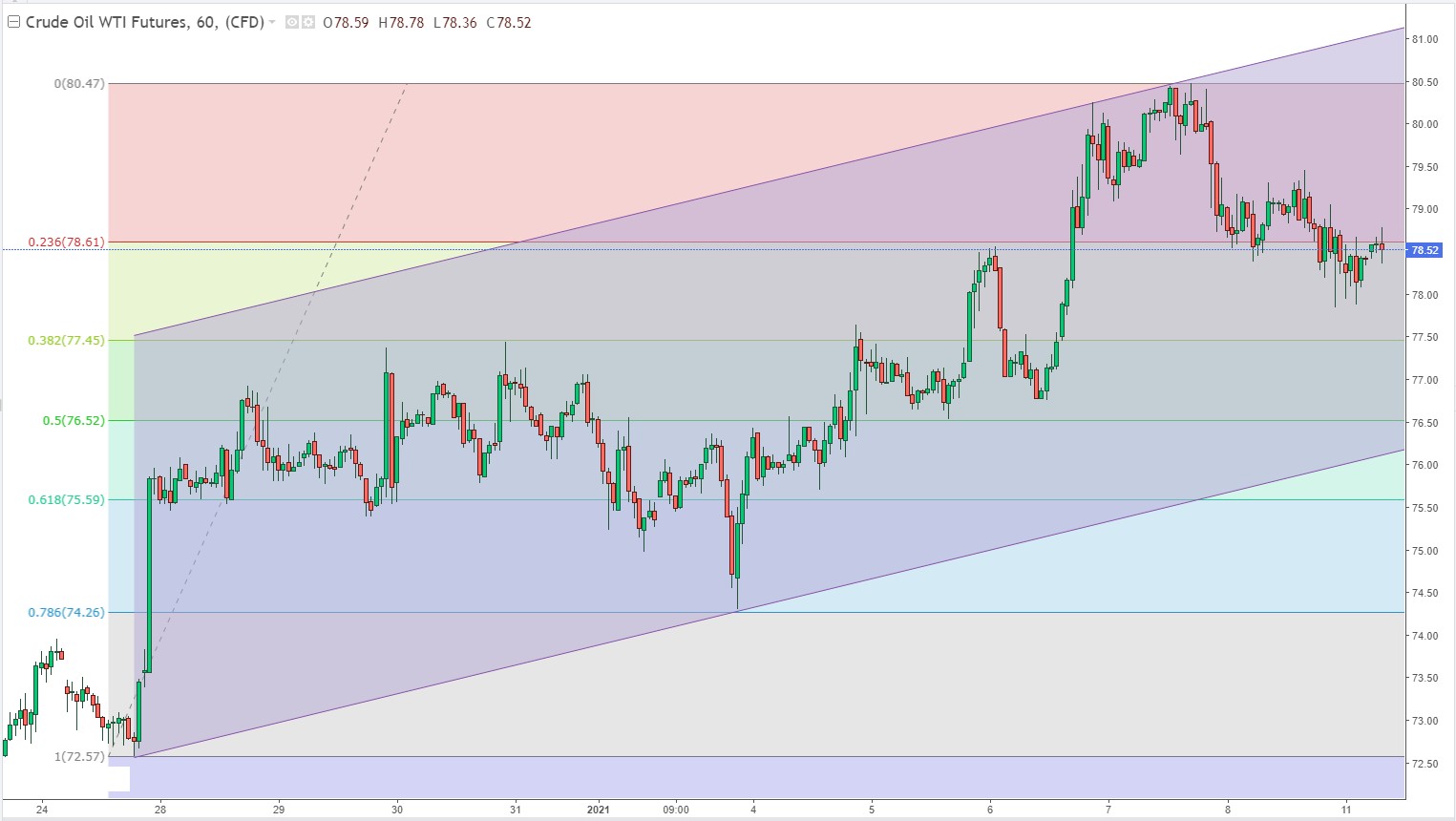 Oil is in the red at the start of the week, with front-month WTI futures currently down about 50 cents on the session and probing the low-$78.00s, as the gradual pullback from last week’s highs above $80.00 continues. The price action thus far this Monday has been fairly uninspired, with WTI so far contained within a low-$78.00 to mid-$79.00 range. Newsflow has been fairly light, allowing market participants time to mull some of the ongoing macro themes. Nike Inc (NYSE: NKE) is trading lower Monday following a downgrade from HSBC. HSBC analyst Erwan Rambourg downgraded Nike from a Buy rating to a Hold rating and announced a $182 price target, down from $184, suggesting a 16% upside. Rambour cited a lack of near-term catalysts as a reason for the downgrade. Nike has traded as low as $125.44 and as high as $179.10 over a 52-week period. The stock was down 4.34% at $150.16 at time of publication. 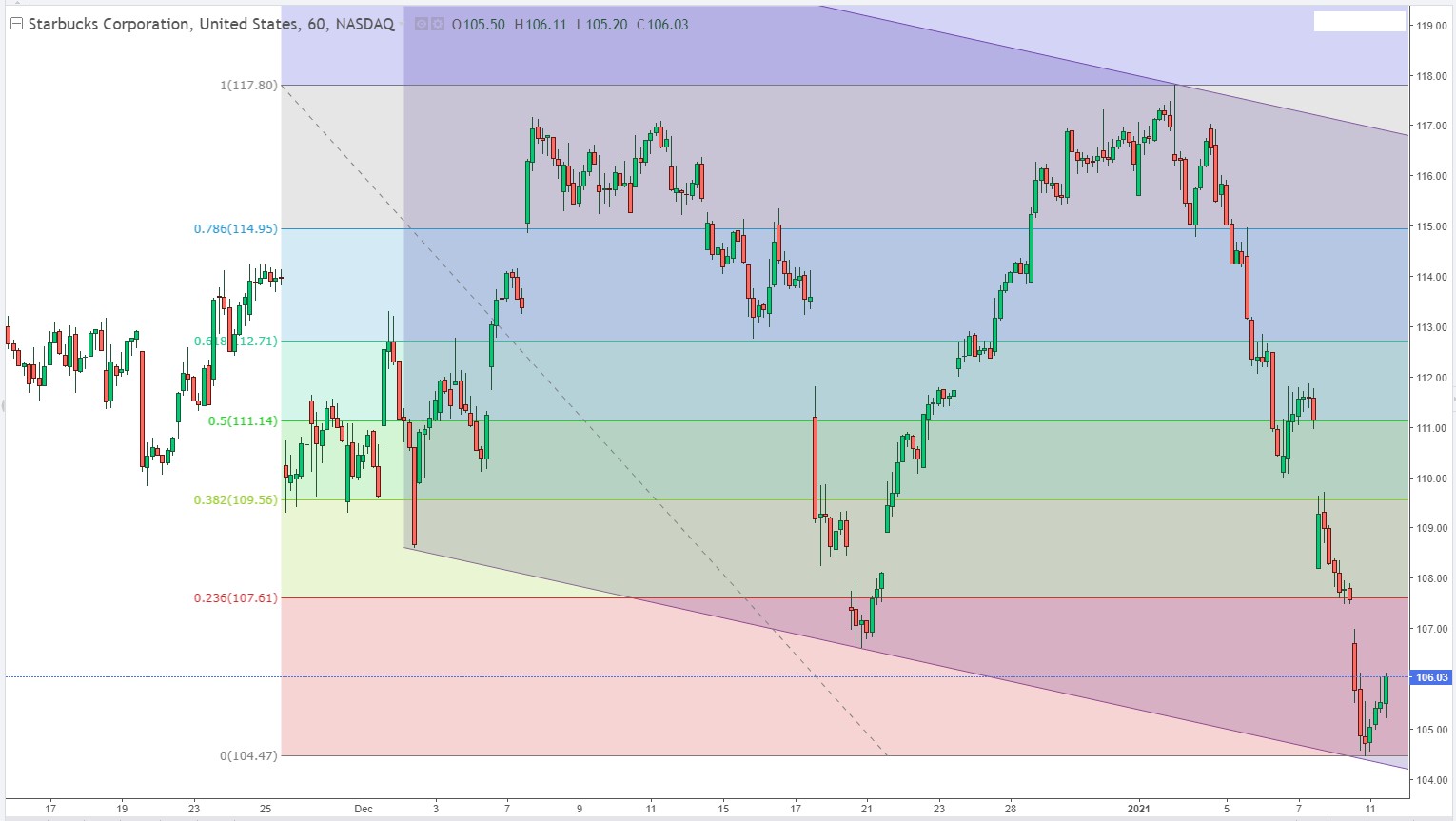 Starbucks Corporation (NASDAQ:SBUX) went down by -3.21% from its latest closing price compared to the recent 1-year high of $126.32. The company’s stock price has collected -8.04% of loss in the last five trading sessions. Starbucks Corporation (NASDAQ:SBUX) scored a price-to-earnings ratio above its average ratio, recording 30.39 x from its present earnings ratio. Plus, the 36-month beta value for SBUX is at 0.83.