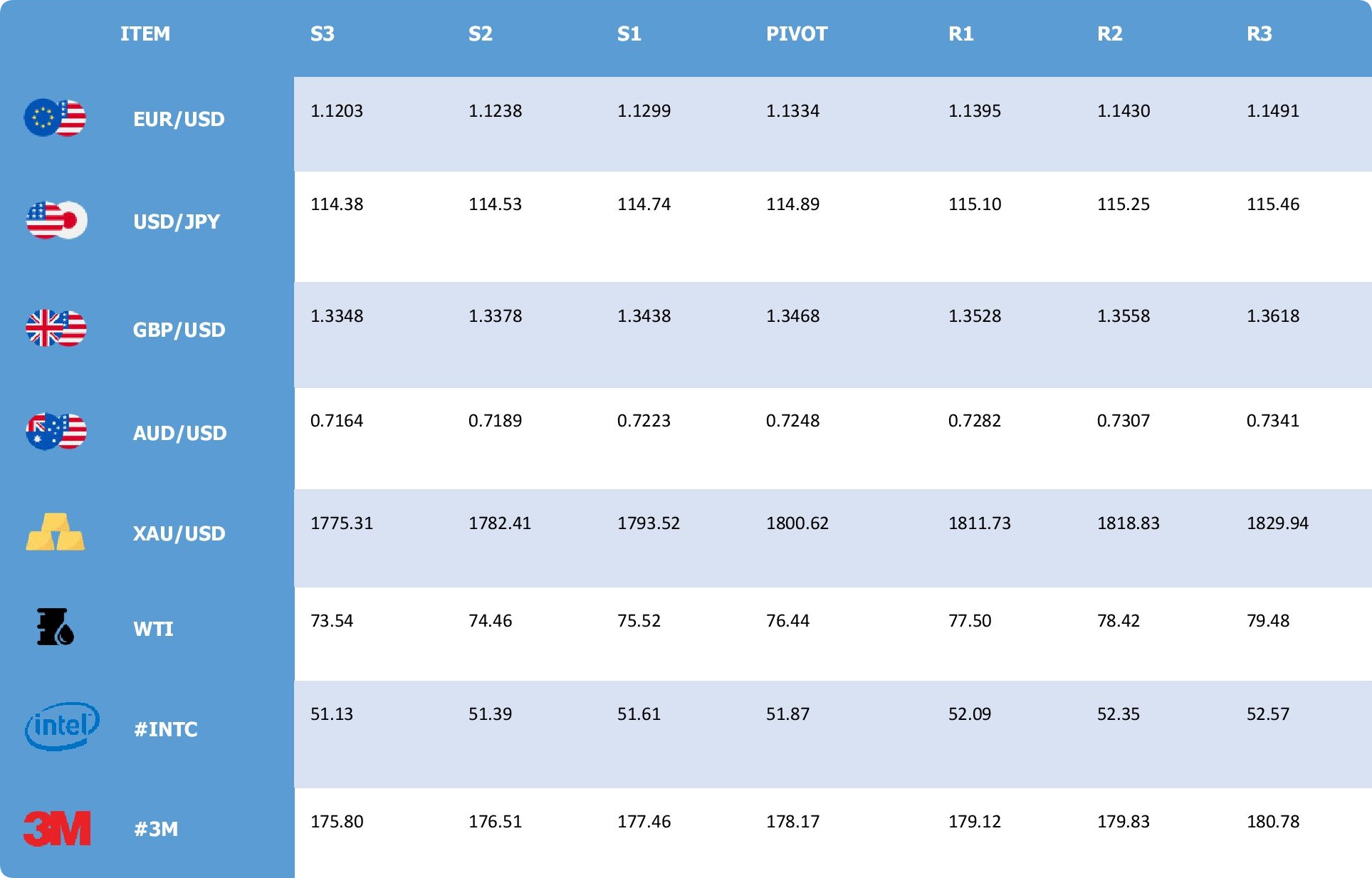 The EUR/USD gained strength after the beginning of the American session on the back of a slide across the board of the US dollar and climbed to 1.1368, reaching the highest level since November 30. A daily close above 1.1350 should be a positive technical development for the euro and the highest close in a month. On the contrary, if EUR/USD is rejected again from the current level, the sideways trading pattern around 1.1290 would remain intact. A daily close under the 20-day moving average, currently at 1.1300, would weaken the short-term outlook.

Economic data released on Wednesday in the US showed Pending Home Sales dropped 2.2% in November, against expectations of a 0.5% increase. A different report showed the advance Goods Trade deficit widened to 97.8 billion dollars in November, from the 83.2 billion of the previous month.

A combination of factors pushed USD/JPY to a fresh monthly high during the mid-European session. A risk-on mood undermined the safe-haven JPY and remained supportive amid rising US bond yields. Bulls struggled to make it through a resistance marked by the top end of an ascending trend channel. Bulls, however, struggled to find acceptance or build on the momentum beyond the key 115.00 psychological mark. A resistance marked by the top boundary of an upward sloping channel extending from monthly swing low capped the upside amid thin year-end trading volumes, warranting some caution before positioning for further gains. 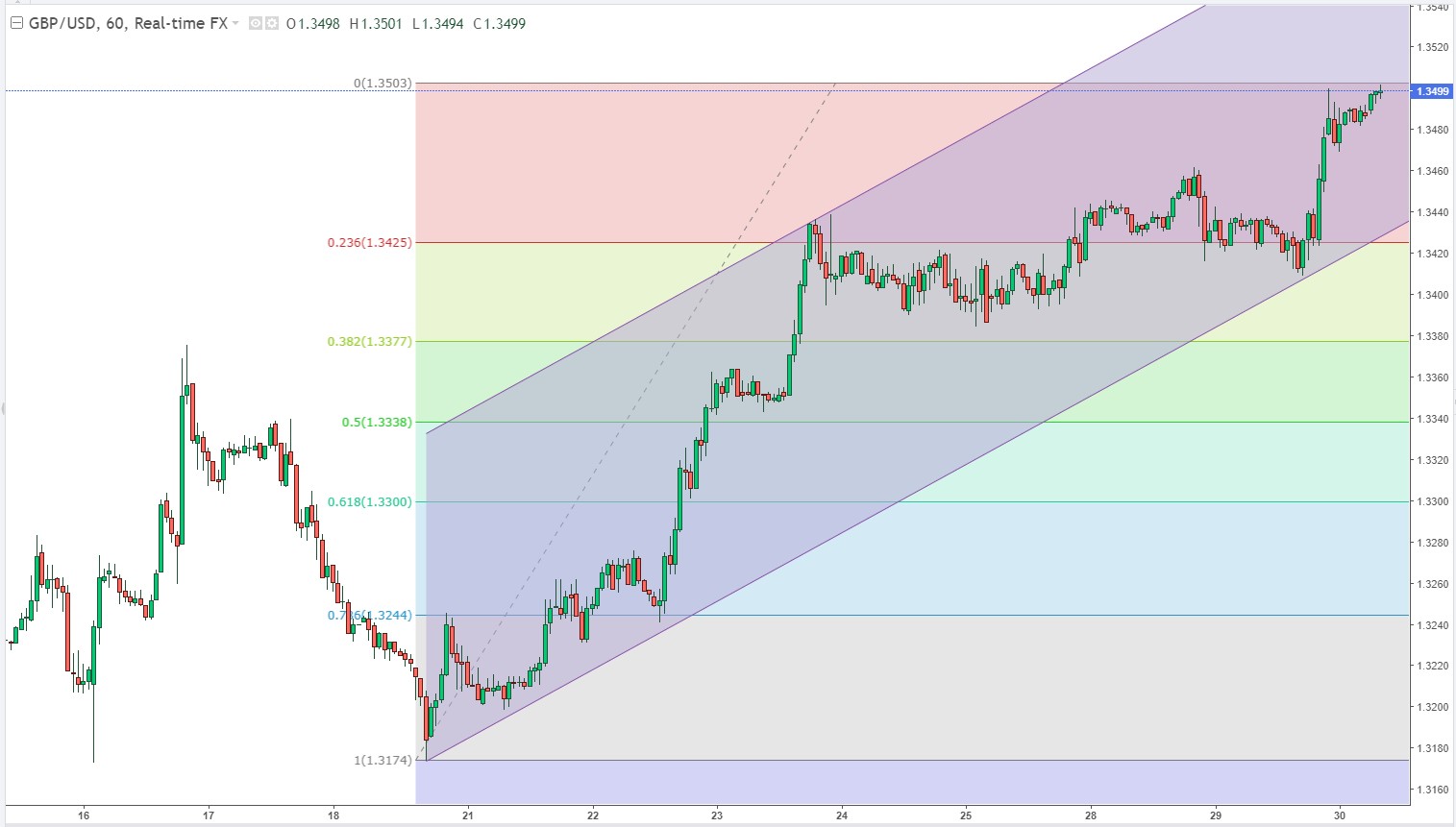 GBP/USD accelerated north and touched 1.3499, before retreating some. Nevertheless, the Pound is among the strongest dollar’s rivals, helped by optimism Brexit news and the government decision to skip tighter coronavirus-related measures. GBP/USD has reversed its direction after climbing to its highest level in more than a month at 1.3463 on Tuesday. The pair is closing in on key 1.3400 support and additional losses could be witnessed if buyers fail to defend that level.

The negative shift witnessed in market sentiment seems to be weighing on GBP/USD early Wednesday by providing a boost to the safe-haven greenback. The AUD/USD edges higher as the Wall Street session ends, trading at 0.7250 at the time of writing. US equities ended the session in the green, reflecting investors’ upbeat mood, shrugging off Covid-19 Omicron woes, which according to studies, causes mild symptoms that would not require hospitalization in the case of two doses of vaccinated people.

In the Asian session, Covid-19 Omicron cases increased sharply in Australia, spurring a national emergency meeting of PM Scott Morrison ahead of schedule on Thursday, putting a lid on the AUD/USD pair. Nevertheless, good news on Australia – China trading front increased the prospects of the AUD, as China’s Commerce Ministry announced the raise of the importing quota on Australian wool in 2022 to 40.203 tonnes. 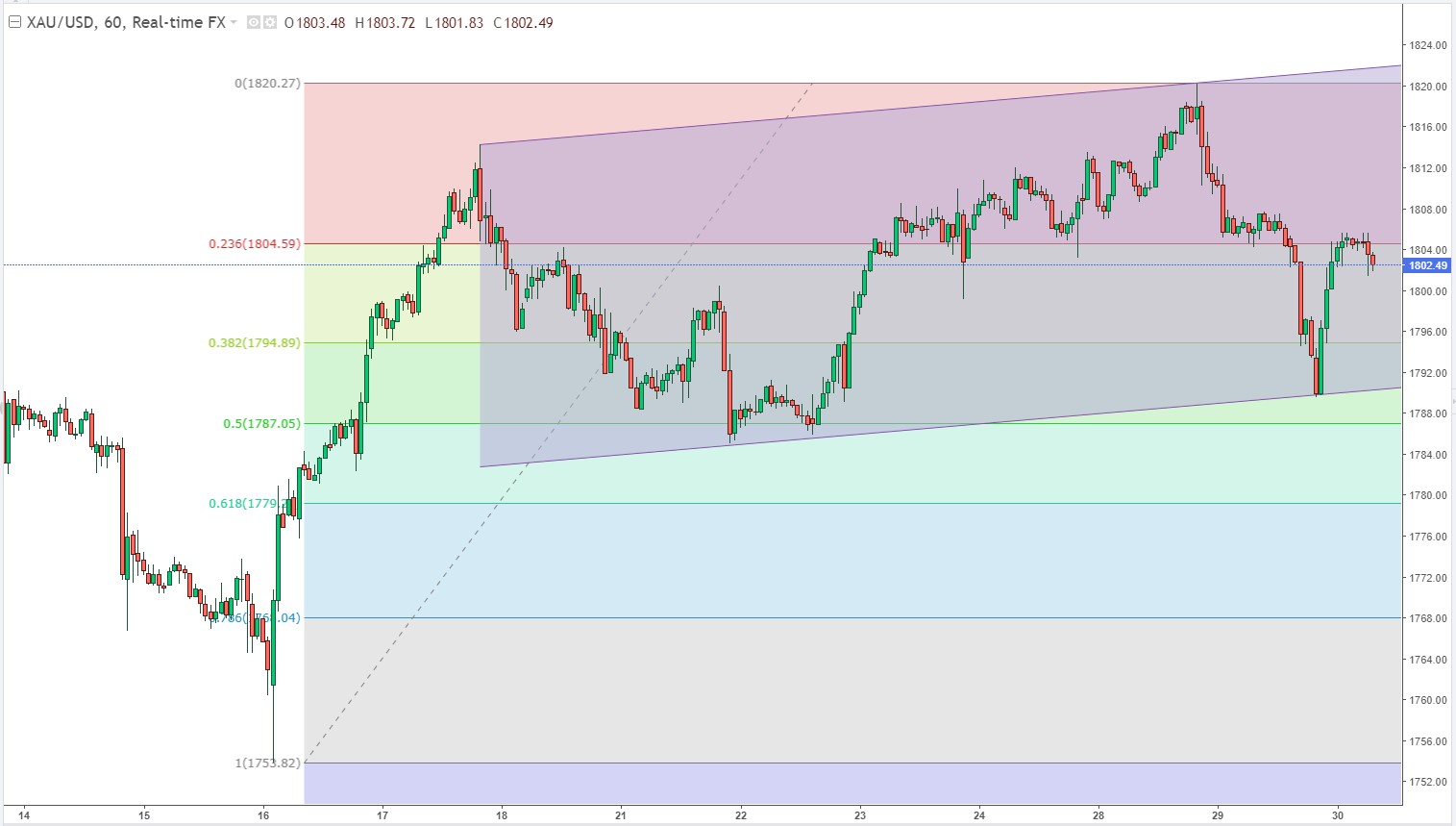 Gold dropped below the 1.800 level as demand for the American currency picked up during European trading hours, extending its decline to $1.789.38 a troy ounce during the US session. The greenback temporarily strengthened across the FX board ahead of Wall Street’s opening but gave up pretty fast, with the bright metal recovering up to the current 1.802 price zone.

The benchmark 10-year Treasury note hitting 1.55%. Most Asian and European indexes closed in the red, but Wall Street is up, although gains are limited.

US crude oil benchmark, Western Texas Intermediate (WTI), advances during the New York session, trading at $76.39 at the time of writing. That said, oil investors reacted positively, pushing WTI prices from $68.50 up to $77.20 in the last eight days, a gain of almost 12.7%, piercing on its way north, critical technical levels, like the 100-day moving average (DMA) and the 50-DMA.

In the meantime, the US Energy and Information Administration (EIA) reported that oil inventories fell in the last week. Oil stockpiles fell by 3.6 million barrels, from 3.1 million estimated by analysts. However, US crude oil production increased to its highest level since May 2020, up to 11.8 million barrels, the highest in 19 months. 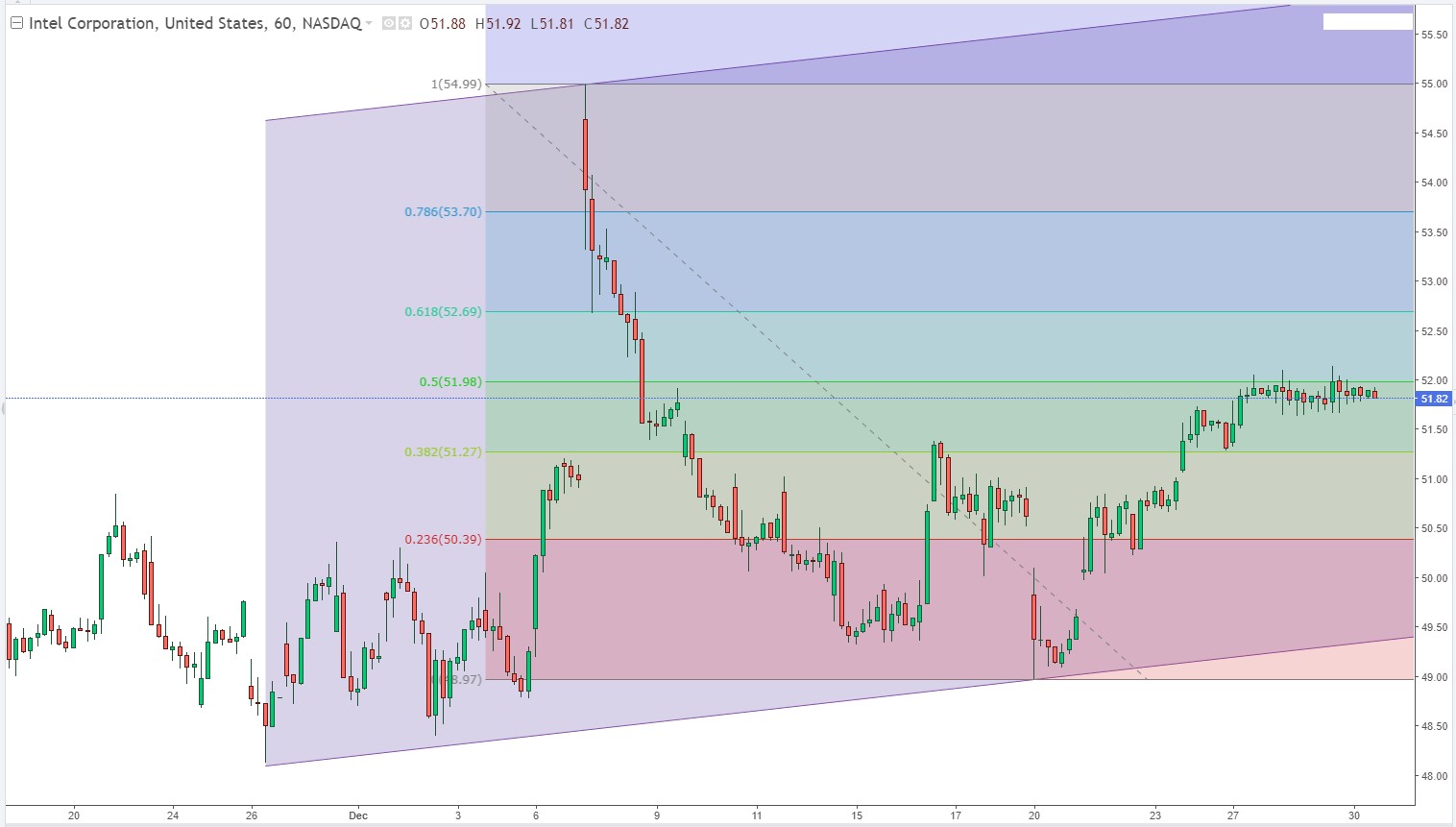 Intel will be looking to display strength as it nears its next earnings release, which is expected to be January 26, 2022. The company is expected to report EPS of $0.90, down 40.79% from the prior-year quarter. In the latest trading session, 3M closed at $177.64, marking a +0.53% move from the previous day. The stock outpaced the S&P 500's daily loss of 0.1%. Prior to yesterday's trading, shares of the maker of Post-it notes, industrial coatings and ceramics had gained 0.27% over the past month.

Wall Street will be looking for positivity from 3M as it approaches its next earnings report date. In that report, analysts expect 3M to post earnings of $2.06 per share. This would mark a year-over-year decline of 13.45%.