The EUR/USD weakened after the beginning of the American session and dropped to 1.1288, reaching its lowest level for six days. During the last hour, it trimmed losses rising back above 1.1300. The Dow Jones has gained 0.44% and the S&P 500 is rising 0.11%. The 10-year yield stands at 1.46%, modestly lower for the day. The US dollar's rebound was helped by US yields which moved off lows during the US session. A consolidation under 1.1290 should expose the next support level at 1.1260. While on the upside, the euro needs to break above the 1.1350/60 barrier in order to clear the way to more gains. 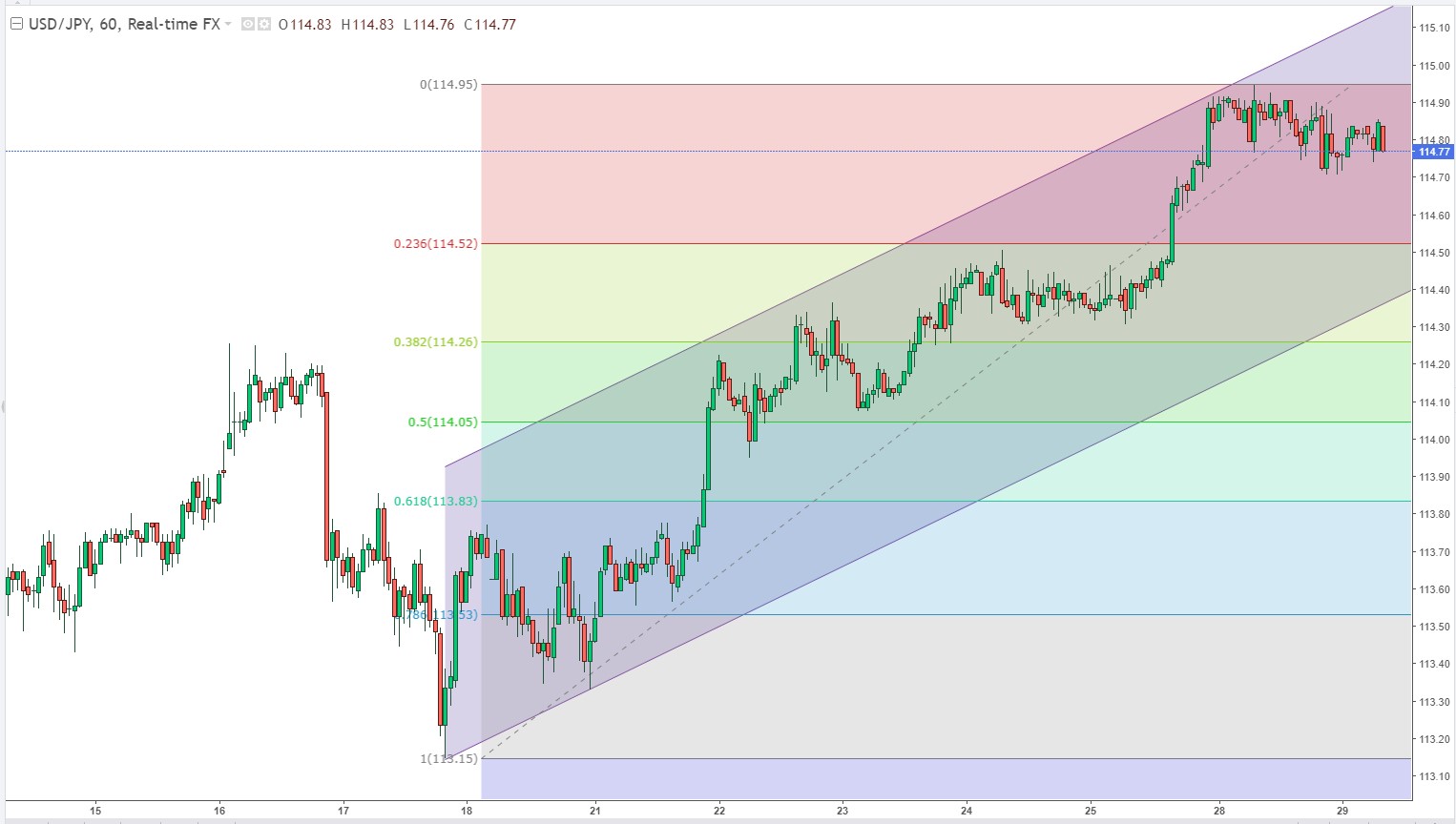 The USD/JPY pair added to the previous day's positive move and shot to the 115.00 neighbourhood, or a fresh one-month high during the Asian session on Tuesday.

The preliminary report showed that Industrial Production in Japan rose 7.2% MoM in November, surpassing estimates by a big margin and marking the fastest growth since August 2020. The previous month's reading was also revised higher to 1.8% from the 1.1% increase reported earlier. Separately, the Bank of Japan's Core CPI climbed to a 0.8% YoY rate in November and extended some support to the JPY. 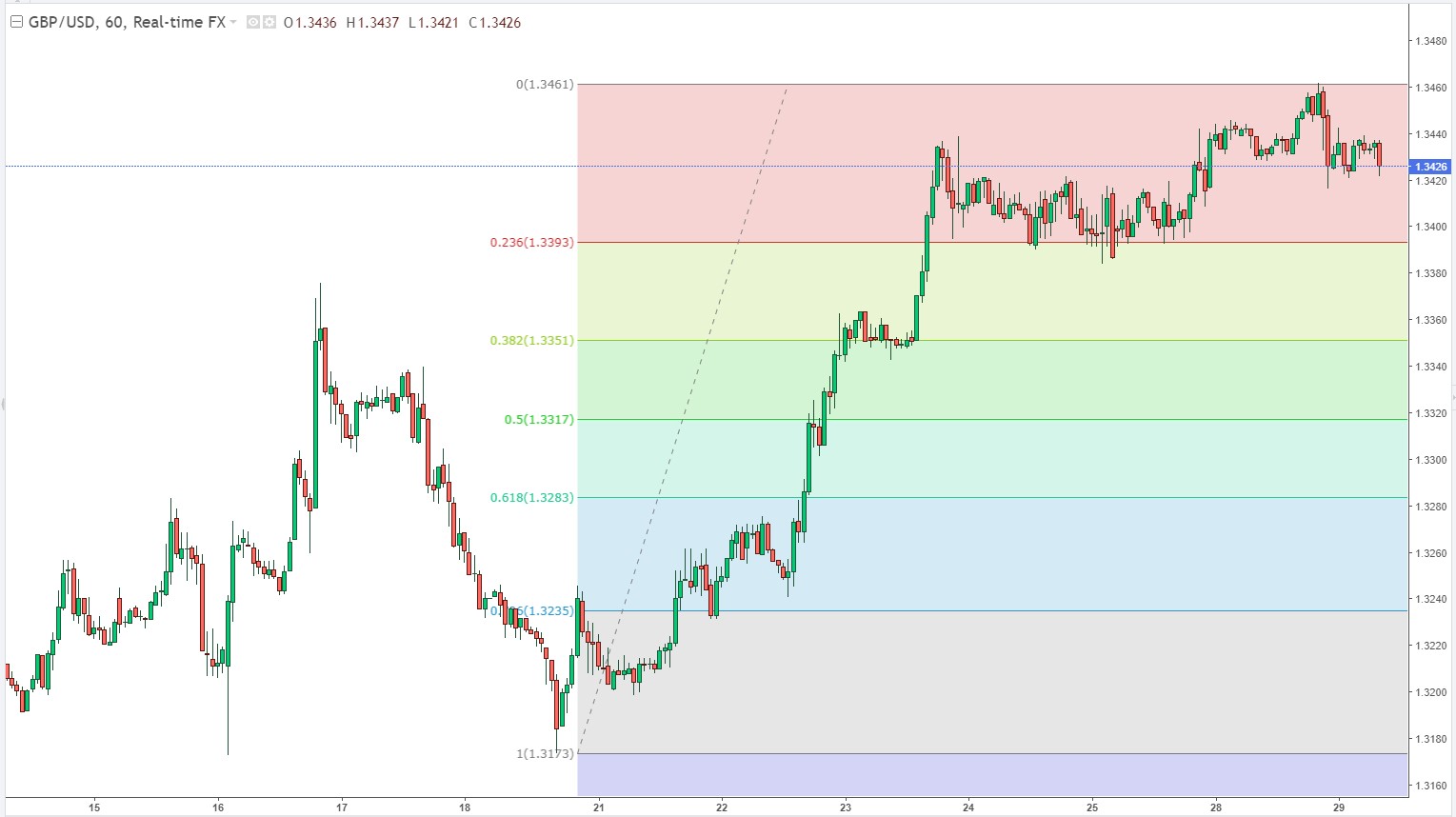 GBP/USD reached 1.3461 amid easing Omicron concerns and Brexit risks, although demand for the greenback pushed the pair back to the lower band of the 1.34 area. Still, Pound remains among the dollar’s strongest rivals as the UK government dismissed restrictions in the holiday season. The cable pair refreshed the five-week top the previous day before easing from 1.3448. In doing so, the quote portrayed Evening Doji star bearish candlestick formation while also forming the rising wedge pattern near the multi-day top. However, a clear break of 1.3415 will be clear for the quote’s theoretical south-run targeting the yearly low near 1.3170. During the fall, the 200-SMA level around 1.3325 can act as a buffer.

The AUD/USD pair built on its intraday ascent through the early North American session and has shot to the highest level since November 22, around the 0.7265 region, in the last hour. The pair attracted some dip-buying near the 0.7220 area on Tuesday and climbed further beyond the previous monthly swing high, around the mid-0.7200 amid a softer tone surrounding the US dollar. The prevalent risk-on mood was seen as a key factor that weighed on the safe-haven greenback and continued benefitting the perceived riskier aussie.

The Fed's hawkish outlook, however, indicating at least three rate hikes next year, should act as a tailwind for the greenback and cap gains for the AUD/USD pair.

Spot gold reached an intraday high of $1.820.25 a troy ounce, its highest in over a month, later trimming gains. The American dollar met demand with Wall Street’s opening, helped by encouraging US data and subdued government bond yields.

In the near term, and according to the 4-hour chart, gold is losing bullish steam, not yet confirming a bearish continuation. The 20 SMA is crossing above a flat 200 SMA, both in the 1.806 price zone, while the 100 SMA maintains a modest bullish slope at around 1.787. In the meantime, technical indicators continue retreating within positive levels with limited directional strength. The bearish case will be firmer on a break below 1.803.00, the immediate support level. 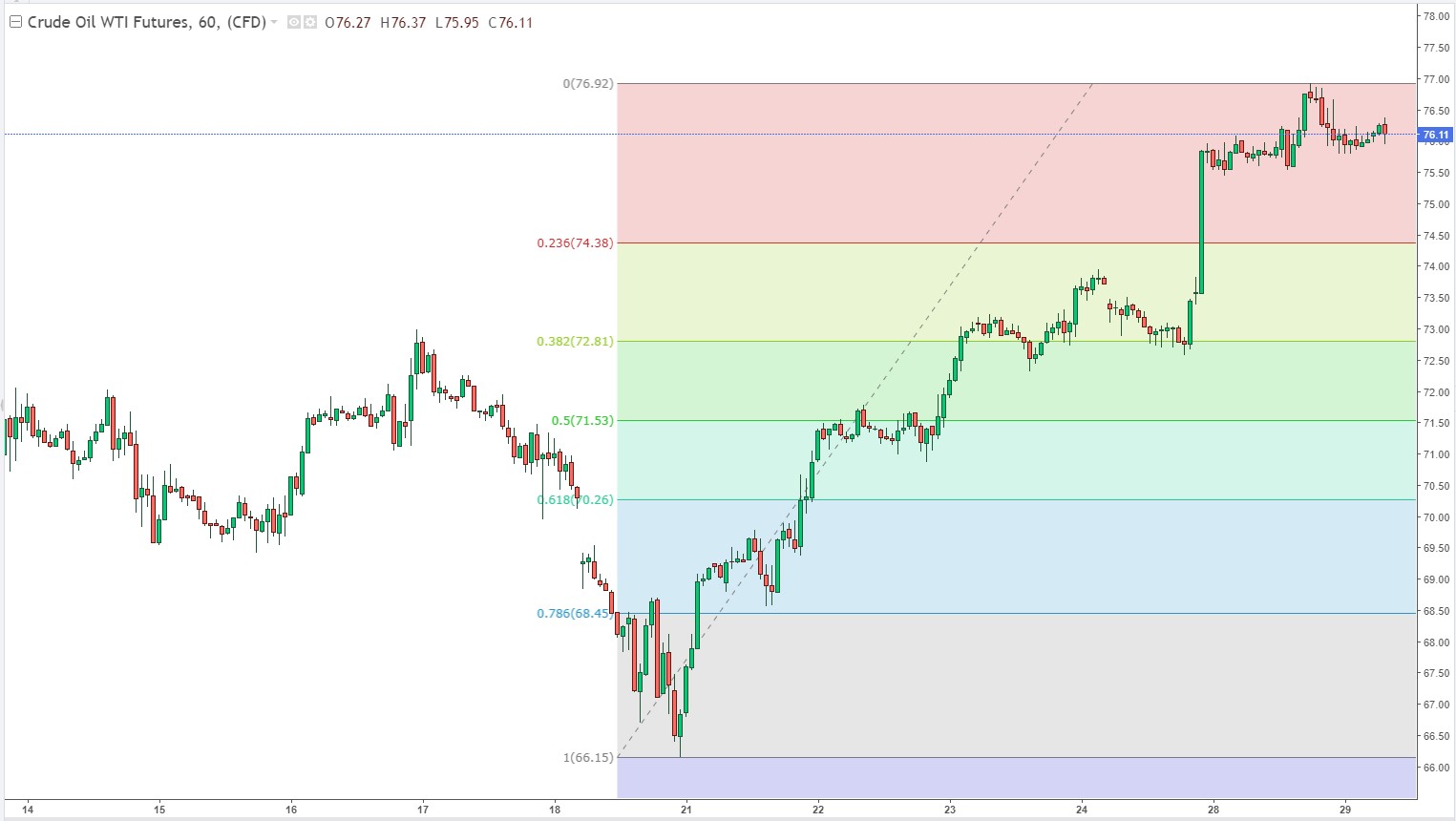 The renewed vigor in oil prices of late is only just the beginning, contends veteran industry analyst Phillip Streible of Blue Line Futures. Streible thinks oil prices are at risk of hitting $60 in the near-term due to an Omicron-related demand slowdown. But that will likely prove to be a buying opportunity in front of a "long-term" rally in 2022.

"You'll see all that pent-up travel demand really take back off again. Flights were pretty full over the holiday weekend, but we expect them to get even fuller as the capacity picks up. If you look at the supply side on crude oil, we have 432 million barrels. The five-year average is 460 million, so supplies are quite tight. We don't expect OPEC to take any kind of reaction by picking up their supply picture. So we expect any kind of small supply shock would send prices higher. We are expecting $85 to $90 per barrel oil next year," said Streible on Yahoo Finance Live. Amazon.com’s dominance in two major businesses makes it a rarity. It has a 40% share of the U.S. e-commerce market and about half of the lucrative cloud-computing sector, through Amazon Web Services. An estimated 85 million U.S. households are Prime members. The stock, recently at $3.377, has trailed the market in the past year.

Evercore analyst Mark Mahaney sees 20%-plus annual revenue gains and expanding margins over the next two to three years. He has an Outperform rating on Amazon, with a price target of $4.300. With more than $60 billion in annual sales, Amazon Web Services could be worth $1 trillion alone. That means investors are paying about $700 billion for the rest.