The EUR/USD pair trades around 1.1320 price zone, after hitting 1.1360 after the European Central Bank confirmed it will end the PEPP (Pandemic emergency purchase programme) in March 2022, will increase APP  (Assets Purchase Programs) to €40 billion during Q2, to prevent a financial shock. The rallied modestly off the back of a more hawkish European Central Bank (ECB), argue analysts at TD Securities. They think EURUSD is likely to respect the 1.12/14 range into year-end, with the "risk of slippage below 1.12 non-trivial next year". USD/JPY is consolidating just above 114.00 ahead of Friday’s BoJ policy decision, which is not expected to yield any surprises. Market focus is current elsewhere in G10 FX markets on Thursday, given the bonanza of European banks announcing policy. After piercing the 114.00 figure on Wednesday, the USD/JPY slides, trading at 113.67 during the New York session at the time of writing.
On Wednesday, the US central bank revealed that they would increase the speed of the bond taper, beginning by the middle of January 2022. Moreover, the dot-plot, which projects the Federal Funds Rate expectations among Fed policymakers, shows that the FFR is expected to be at 0.90% by the end of 2022, meaning that the Fed would hike at least three times in 2022. GBP/USD advanced to 1.3374, its highest level in two weeks after the Bank of England announced that it raised its policy rate by 15 basis points to 0.25%. It currently trades around 1.3310, as demand for the greenback returned with Wall Street.

The British pound extends its Thursday rally, trading at 1.3336 during the New York session. Early in the European session, the Bank of England (BoE) surprisingly pulled the trigger and hiked its overnight interest rate by 15 basis points up to 0.25% in an 8-1 vote, with Sylvana Tenreyro as the only dissenter. Furthermore, UK’s central bank said that “modest” tightening would probably be needed, as they expect inflation to peak at 6% by April of 2022. AUD/USD was ending the day higher by some 0.3% and had moved between a low of 0.7145 and a high 0.7223. The central banks were in focus again and both the BoE and ECB turned more hawkish overnight. Nevertheless, equities saw the glass as half full and sold off which hurt the higher beta currencies, such as AUD.

AUD/USD was falling throughout the New York session until the final hours where technical support area and started to correct, as illustrated in the technical analysis below. The US dollar was also making a come back which did not help the commodity bloc as traders began to question the reaction to the Federal Reserve, putting it down to holiday irregular markets and profit-taking. The price of gold is stronger again on Thursday which highlights the asymmetry present in precious metal markets to the hawkish Federal Reserve outlook. A break of $1.180 opens the risk to $1.850 for the weeks ahead. At the time of writing, XAU/USD is trading 1.21% higher on the day and has rallied from a low of $1.775.60 to a high of $1.799.46.

The Federal Reserve delivered on the expected doubling of the taper pace and said Wednesday it will begin reducing its asset purchases by $30 billion per month starting in January, up from the current $15 billion pace, amid rising inflation and continued recovery in employment. The central bank's Federal Open Market Committee said after its two-day meeting it would cut monthly Treasury securities purchases by $20 billion and agency mortgage-backed securities acquisitions by $10 billion per month. WTI eases to $71.30, down 0.07% intraday while paring the biggest daily gain of the week during early Thursday. The black gold’s latest pullback could be linked to the market’s cautios sentiment and mixed concerns ahead of the key central bank meetings and PMI release. Reuters has reported that the remaining parties to the 2015 Iran nuclear deal plan to meet on Friday at 1300 GMT to adjourn talks on salvaging the deal, three diplomats said on Thursday. One of the diplomats said they were due to resume on Dec. 27, while another gave a time frame between Christmas and the New Year.'' The news agency has explained that ''under the agreement, Iran had limited its nuclear program in return for relief from U.S., European Union and United Nations economic sanctions.'' JPMorgan Chase (JPM) is hanging on to the bottom of a base,after the Federal Reserve signaled it would more quickly end its pandemic era economic aid measures and potentially raise its key interest rate three times next year. So is JPM stock worth buying right now? The central bank's decision arrived as price jump amid a surge in gas prices, a battered supply chain and rising wages, as businesses try to retain workers. JPM stock was down 0.7% to 157.96 in the stock market on Wednesday. Shares have come off their highs in recent weeks. In October, the banking giant reported third quarter earnings that were better than expected. 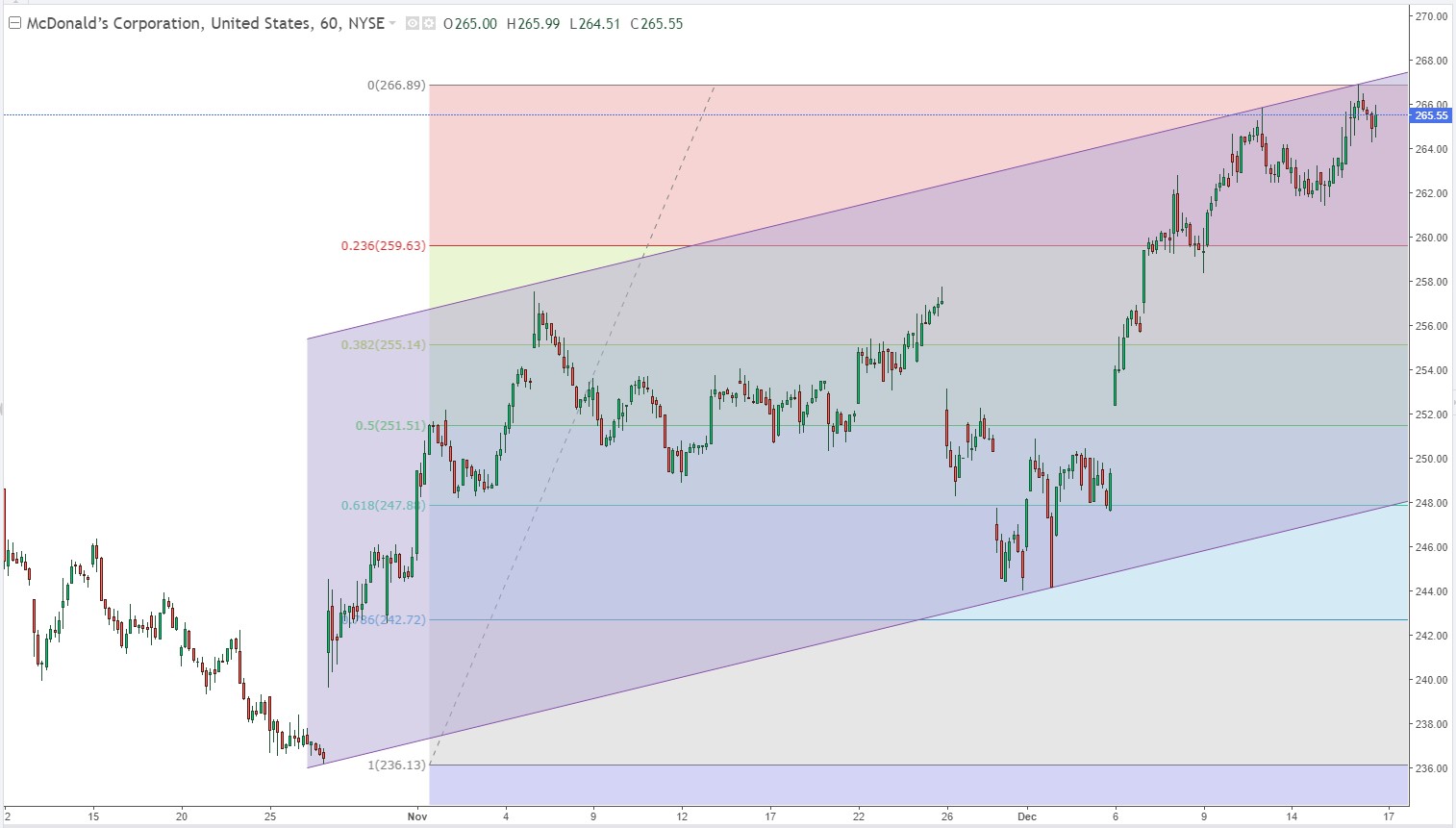 Investors are loving the burger chains string of successes from the successful settlement of a high-profile lawsuit against a disgraced ex CEO to powerful marketing programs, a masterful implementation of technology, sustainability efforts and continued unit growth. The proof can be seen in the stocks stark share price climb from $215.87 a year ago to $265.43 today. The company just announced win in court the settlement of a lawsuit resulted in fired ex CEO Steve Easterbrook being forced to give back over $100 million from his severance package highlights the massive burger chains penchant for success at the foodservice industry’s apex.